DAVID FURLONGER: Home on the Range 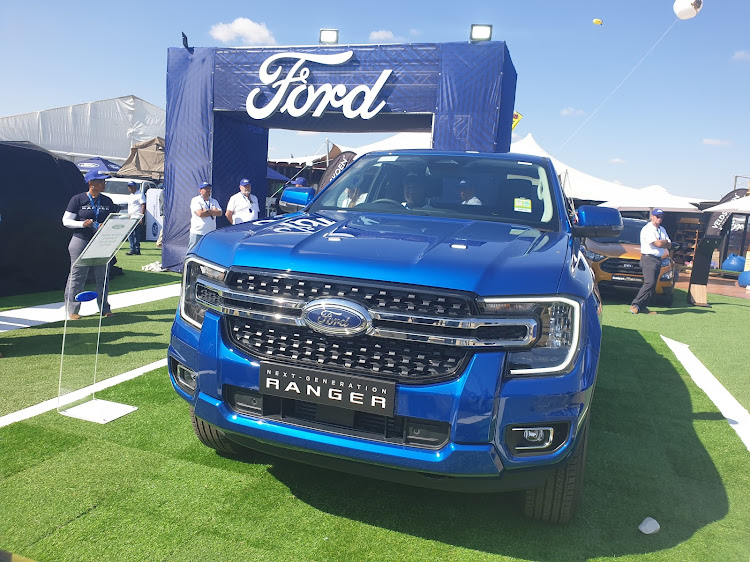 Ford SA is preparing to wind down production of its current Ranger bakkie in preparation for the launch of a replacement model in October.

The US parent company’s R15.8bn investment in its SA subsidiary is almost spent — R10.3bn at the Silverton vehicle assembly plant and R5.5bn at components suppliers. A further R600m was allocated to the company’s Struandale engine plant in Gqeberha to build engines for the new vehicle.

Silverton will build single- and double-cab versions of the vehicle but no longer produce the Raptor high-performance or Everest station wagon variants. Instead, it will use the saved capacity to manufacture Volkswagen’s Amarok bakkie for the local market. Until now, Volkswagen SA has imported the vehicle.

Plant manager Tim Day says Silverton will build the current Ranger until mid-October, then suspend production for one week before starting on the successor. Hundreds of manufacturing robots have already been installed in readiness for the change. The makeover includes a new body shop and stamping facility, as well as the creation of an adjacent special economic zone, co-funded by the government, to host components suppliers. So far, 14 have moved in.

Ford SA operations head Ockert Berry says: “Silverton is virtually unrecognisable from 18 months ago. This transformation has not only allowed us to introduce the latest technologies and quality control systems, but also to redesign the flow of the plant for maximum efficiency.”

To begin with, Silverton will build Rangers with internal combustion engines (ICE). Eventually, says Day, it will have to add hybrid and possibly full-electric engines. Ranger is exported to more than 100 countries. Its main markets are in Europe, where many countries plan to outlaw the sale of new ICE vehicles from 2030, then hybrids in 2035.

The typical life cycle of a bakkie is 10 to 12 years, so Silverton will still be building the new Ranger when the ICE bans start. Day says the introduction of hybrid power, involving the installation of dual electric and ICE motors, will require changes to the assembly line process to accommodate the different shape and greater weight of the electric motor and its batteries. Further changes will be needed if a full-electric option is added later.

“It’s not as simple as just dropping in a different engine,” says Day. “It requires significant modifications to the assembly line.”

Trial production of the new Ranger began in April. Silverton will be the Ford group’s main global producer of the vehicle, with annual capacity for 200,000 units. The company won’t say how many of those will be for Volkswagen. To begin with, the number won’t be big: until now, Amarok has been available only in double-cab format. The Ford-made version will offer single-cabs as well and it may take time for the market to accept the brand as a workhorse product.

In retrospect, Ford may wish production of the new Ranger could have begun earlier. Last time a new version was launched, it temporarily outsold SA’s top-selling vehicle, the Toyota Hilux bakkie. Toyota SA has not built its vehicle since April, when floods submerged parts of its Durban assembly plant.

Such is the demand for Hiluxes that some well-maintained used vehicles are selling for more than the recommended retail price of new ones. By the time the new Ranger hits showrooms, Hilux production should have resumed. “It would have been nice to have the new vehicle available now, but there could be no question of bringing production forward,” says May. “Model introductions follow strict timetables. There are no short cuts.”

In its latest vehicle market report, online retailer AutoTrader says that in the first half of 2022, the Hilux was the subject of 12-million online searches, making it the most sought-after vehicle in SA. Next came the VW Golf, with 11.3-million, then the Mercedes-Benz C-Class with 9.9-million. The Ranger was sixth, with 7.6-million.

Localisation targets are proving hard to meet
Opinion
2 weeks ago

DAVID FURLONGER: Now that’s how to do business SA

What do Germany, Gibraltar, Guadeloupe, Guyana, Gabon and Greece have in common, besides their first letter? There’s a decent chance that if you ...
Opinion
2 months ago

VW wants to be the most ‘aspirational’ of SA’s high-volume brands — it must be the ambition of consumers to own a VW, it says
Opinion
3 months ago

The locally made Ranger is built primarily for export, to over 100 markets around the world
Opinion
10 months ago
Next Article