The locally made Ranger is built primarily for export, to over 100 markets around the world 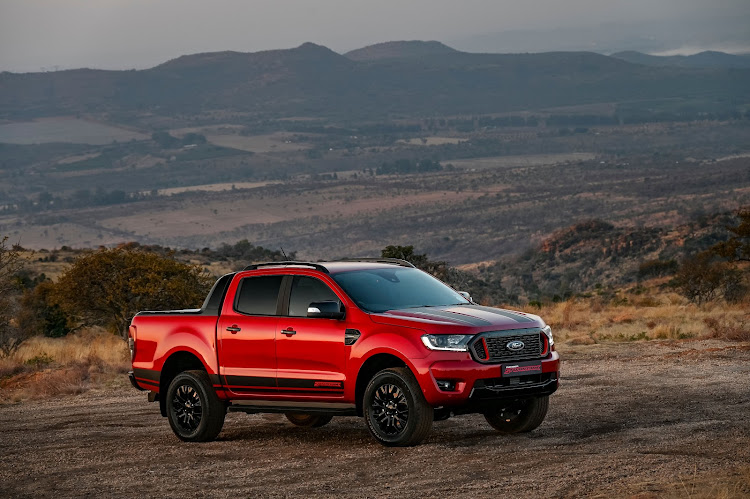 Ford SA likes things to be neat and tidy. Why else would it export its 500,000th Ranger bakkie on the 10th anniversary of the current model, while taking its own workforce to 5,000 and adding 10,000 jobs at components suppliers?

The company’s Silverton, Tshwane, vehicle assembly plant is in the final throes of a R10.3bn upgrade in preparation for the manufacture of the next Ranger model late in 2022. A further R5.5bn is being spent readying components suppliers for the change. The combined R15.8bn investment by Ford’s US parent is by far the biggest in the SA motor industry, beating the R10bn recently spent at Mercedes-Benz SA on the new C-Class car range.

Like the C-Class, the SA-made Ranger is built primarily for export, to over 100 markets around the world. It is the best-selling bakkie in Europe. Unlike the C-Class, a significant number – about one-third of production – make their way to the local market. With the new model, some of these won’t carry Ford’s blue-oval badge. Under a global agreement between the parent companies, Silverton will also build a modified Volkswagen Amarok bakkie off the Ranger design base.

It will be rare brand divergence for an assembly plant that has made a virtue of single-mindedness in recent years. Previously – during a period in which Ford Motor Co disinvested from SA and then reinvested, and when the company changed its name almost as often as some people change their cars (remember Samcor and Sigma?) – Silverton built not only a bewildering array of low-volume Ford products, including the Ranger, but also vehicles for Mazda and Mitsubishi.

Sanity prevailed in 2011, when the plant became a dedicated producer of the Ranger in its various guises, including single- and double-cab bakkies, the Everest sports utility vehicle and the high-performance Raptor.  For a time, it also continued to churn out some Mazda-badged vehicles.

In 2011, Silverton’s annual production was limited to 110,000 vehicles. Since then, over 732,000 Rangers have been built. The half-millionth export was shipped out this month.

With the latest investment, annual capacity will almost double, to 200,000. The company says one new Ranger will roll off the assembly line every two minutes.

Silverton is now operating 24 hours a day, five days a week. That’s partly to meet overdue demand caused by an eight-week shutdown in July and August, to reshape the plant and to install new equipment for the incoming Ranger.

Ford SA CEO Neale Hill says over 90% of the R10.3bn earmarked for the plant has already been spent. Plant manager Tim Day says the new layout, based on other Ranger plants in Asia, will “streamline and simplify” the manufacturing process. He says: “Our entire focus is on being world-class and comparable with the best Ford manufacturing plants globally.” Among other benefits, the “total redesign of the plant layout” will reduce by 1km the distance a vehicle has to travel during the assembly process.

Components suppliers will also find the new assembly process simpler. Many are relocating to a custom-built supplier park next to the Silverton plant. The special economic zone is expected to help Ford increase local content in its vehicles to 60%, from the current 40%.

Ford hopes that by the time production of the new Ranger begins, the global shortage of semiconductor microchips will have ended, or at least been reduced significantly. The shortage has caused motor companies to cut back drastically on vehicle production this year.

The chips control many of the on-board functions in modern vehicles, including information and safety systems. A typical Ford Ranger can carry up to 60 chips, says the company. Hill says the shortage is causing waiting lists for some models.

Ford began assembling vehicles in SA in 1923. Its first plant was a converted wool shed in Gqeberha and had a daily production capacity of 10 cars.

Ford still has a plant in the Eastern Cape city where engines for local and export customers are built. Among the incentives offered to Ford SA to encourage its Ranger investment is a promise by state transport operator Transnet of a dedicated rail link between Silverton and Gqeberha. Among the benefits are that Ford would be able to export some vehicles through the port there to ease pressure on Durban’s overworked harbour.

To no-one’s surprise, the rail project is well behind schedule. Neale, however, remains optimistic that Transnet will eventually keep its word. “It has to work,” he says.

*We incorrectly stated that Ford began assembling vehicles in SA in 2023. It was in fact 1923. We regret the error.

The danger to health has been known almost as long as the fuel has existed, yet the additive has only now been eliminated from use in cars
Opinion
11 months ago

Financial pressure has driven some consumers from premium brands to cheaper cars, which often offer the same quality and features
Opinion
1 year ago