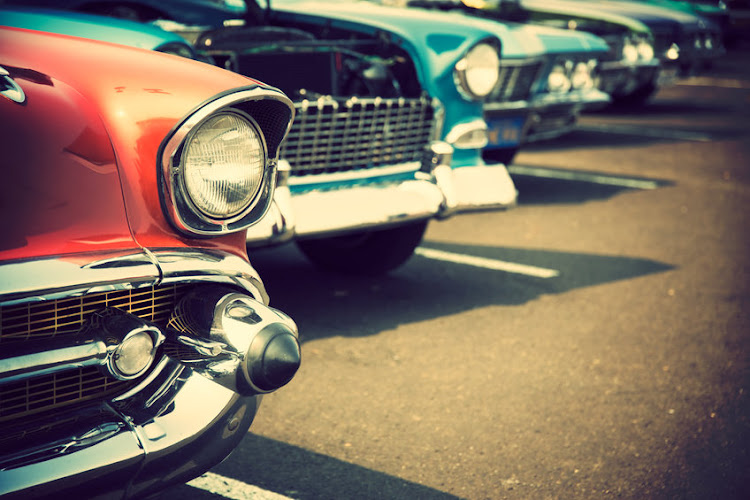 Flying taxis, self-driving cars that talk to each other, factories populated by robots, cars that power homes and allow drivers to communicate instantly with anyone in the world … these may seem normal to members of Generation Z, but to most of the world’s population, they are like something from science fiction.

All of these features are already here. They will become commonplace in the next decade. As we go through an automotive technological revolution unthinkable only a few years ago, it’s worth reflecting – on the 125th anniversary of the arrival of the first car in SA – on the early days of the automobile.

That first car – a Benz Velo – was imported through Gqeberha (then Port Elizabeth) in December 1896 and transported by train to Pretoria, to be viewed by Transvaal Republic president Paul Kruger. A poster advertising the event proclaimed: “Farewell to rinderpest – as shortly we will bid farewell to horse sickness, expensive forage, broken harnesses, lazy grooms and runaway horses. Our motor carriage can stand in the street unattended and the bumptious Zarp [policeman] dare not interfere.”

Ford followed in 1903. A Model A car was reputedly the first Ford sold outside North America. The US auto giant, which has just invested over R16bn in its SA vehicle and engine manufacturing plants, was the first to establish an SA motor company, in 1923. It began manufacturing Model T cars in Gqeberha the following year.

General Motors, which has since disinvested, set up in the same city two years later.

By then, the “horseless carriage” was well established in many countries. So established that, according to the Guinness Book of Car Feats and Facts, the first recorded police car chase was in 1900, when a constable in Newcastle, England, commandeered a small car and ordered the driver to pursue a drunken horse rider.

That was a bad year for law-breakers. The first recorded fine for drunken driving was issued in Dublin, Ireland, and the photographic speed trap was used for the first time in Paris. That city was also the first to issue car licence plates, in 1893.

The first US speeding fine was issued in 1902, when a Minneapolis driver was fined $10 for exceeding the 10mph limit.

The car also set off a new round of language wars between France and Britain around that time. English motorists objected to using the French term “garage”. Instead, they suggested “carhome”, “carrepose”, “carrest”, “cardomain”, “cardom”, “motormews” and even “motostore”. Sanity eventually won the day.

Many of the safety and convenience features we consider modern were patented in the early days of the automobile. Electric seat warmers? They have their origins in early 20th-century hot-water bottles designed to match car upholstery. At the end of the 19th century, Daimler offered a hot-water-fed foot warmer in some cars.

Safety belts made their first recorded appearance in a 1902 racing car – a year after development of the world’s first wheelchair-accessible car, for a customer paralysed in a riding accident.

Driving mirrors, despite being common on horse-drawn carriages, did not come into general use on cars until 1914. Mechanical windscreen wipers, operated by suction, began replacing hand-operated ones in 1919. They, in turn, were superseded by electric wipers a few years later.

The modern car is a mobile “infotainment” centre, offering music, news, movies and access to every imaginable source of information and entertainment. Early attempts were almost comical. The first onboard radio was fitted to a Model T Ford in 1914. However, the vehicle had to be stationary and “earthed” to receive signals. The first wireless communication from a moving car was achieved in 1922, using Morse.

At a time when vinyl records were the main source of on-demand music, Ford put an experimental record player in a car in 1939 but it wasn’t until 1956 that Chrysler offered them commercially. The Guinness history doesn’t record what happened when cars went over bumps.

It was not an idea that caught on, even after Chrysler made a record player capable of stacking 14 seven-inch singles. Fortunately, cassette tape players arrived shortly afterwards. CD players became available in the mid-1980s.

The word “comical” could also be applied to some names given by manufacturers to their products. Would you drive something called Car Without A Name, Mystery Car, Blood, Average Man’s Runabout, Amusement or Fish & Crock? No? Neither did people at the time. None of these cars lasted long.

Oh, and for those of you who think you are leading technological change by buying an electric car, there’s bad news. They’ve been around since the 1830s, though they took some years to become practical. Belgian racer Camille Jenatzy broke the world speed record three times in 1899 in his electric car, “Jamais Contente”, meaning ”never satisfied”.

Return of in-person indaba no lure for green-focused ...