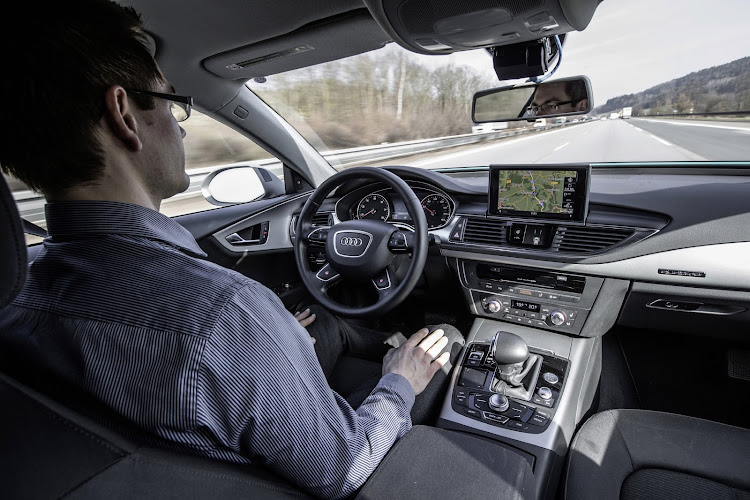 Are you sitting alone in your car, reading this on the back seat while the car drives you automatically to your destination?

No? Funny that. Me neither.

Yet, by all accounts, there were supposed to be millions of self-driving cars on the world’s roads by now. As recently as five years ago, General Motors (GM), Toyota, Honda and Tesla were among motor companies confidently predicting they would have these cars on the road by 2020. So were technology companies like Google. One forecast said there would be at least 10-million in operation last year.

So where are they? Still in development. It should come as no surprise that developing vehicles to behave utterly predictably in a world where road conditions and other drivers are utterly unpredictable was never going to be easy.

In a nutshell, fully autonomous driving, to give it its other name, is a hell of a lot more complicated that engineers thought.

A lot of progress has been made – though it’s often a case of two steps forward, then one back. There are regular reports of an autonomous car crashing into other objects, either because the technology on board was inadequate – for example, sensors could not identify a blue truck against a blue sky – or the people on board were plain stupid.

In late October, Tesla recalled the latest version of its self-driving software the day after its release, after users complained of false collision warnings and other problems. Founder and CEO Elon Musk tweeted: “It is impossible to test all hardware configurations in all conditions with internal quality assurance.”

There are five stages of vehicle autonomy, ranging from limited driver-assistance systems, all the way up to complete self-drive, in which the occupant’s only responsibility, before taking a nap or catching up on paperwork, is to punch in a destination.

How do they work? I won’t bore you with tech jargon, but the basic theory is that if you equip a car with enough cameras, sensors and radar to track everything around it, then teach onboard computers the rules of the road, the vehicle will become self-sufficient.

Before declaring that you will never drive an autonomous car that doesn’t give you total control, it’s worth remembering that you probably already do. From ABS upwards, modern cars are programmed to override your actions in an emergency. If you own an executive car, odds are that it will be equipped to keep you in the correct lane, maintain a safe distance from the car in front, avoid unexpected obstacles, and generally make up for your many deficiencies.

Scientists say that, as a consequence, autonomous vehicles will reduce accident numbers by being more alert and responsive. At least, some scientists do. Others say the human brain is wired to react better in a crisis.

There are other, more prosaic, obstacles to the adoption of autonomous vehicles. For example, insurance companies want to know who will be held responsible if one is involved in an accident: the motor company that programmed the computer, or the occupant asleep in the back?

None of this means autonomous vehicles won’t happen – merely that they will be delayed. A number of Asian countries, as well as some US states, have licensed fully autonomous public-transport and delivery vehicles to operate on fixed routes. The US state of Michigan is considering a custom-built highway “corridor” for autonomous vehicles near Detroit.

Nearly every major motor company is pressing ahead with development.  In October, GM announced plans to introduce an advanced driver-assistance technology called Ultra Cruise, allowing hands-free driving on city streets and highways in 2023. It’s not full autonomy: drivers will still have to be ready to resume control in an emergency.

Governments are also preparing legislation for the inevitability of self-driving vehicles. SA is among them. The department of transport says it expects self-drive vehicles to become a feature on the country’s roads before long.

Some motor companies aren’t so sure. They say the shocking state of SA roads, abysmal behaviour of the country’s drivers and electricity blackouts which cause traffic lights to fail are massive deterrents to full autonomy.

A German engineer told me recently: “Imagine a self-driving car trying to navigate one of your towns or cities. It would stop at every hole in the road and never cross an intersection because its sensors would react to taxis and other vehicles muscling in ahead of it. You could die of old age before getting from one side of the city to the other.”

The locally made Ranger is built primarily for export, to over 100 markets around the world
Opinion
7 months ago
Next Article

Return of in-person indaba no lure for green-focused ...