Responsible motoring doesn’t have to be bland 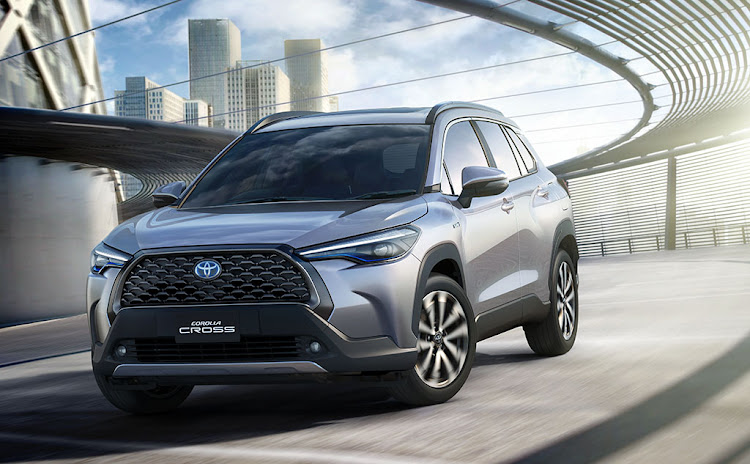 The new Corolla Cross will be available in conventional and hybrid form. Picture: SUPPLIED

It’s strange how chance can alter your view of things. When Toyota SA introduced its new Corolla Cross car range to the media this month, we were split into two groups. One would drive the traditional petrol-engine version before lunch, then the hybrid – with its dual petrol and electric motors – afterwards. The second group would do the reverse.

It’s not often you get the opportunity for such direct comparison between different-technology versions of the same car. As chance would have it, I drove the hybrid first. I won’t go into technical details here but suffice to say I was impressed.

Then I tried the plain petrol version. It felt dull by comparison. Hybrid electric motors provide an instant acceleration boost, rather like that of a turbo- or supercharger. Having become accustomed to this in the morning, its lack in the afternoon was noticeable.

This doesn’t mean the petrol Cross is underpowered, merely that I was spoilt earlier. It was a timely reminder that, when it comes to motoring, “responsible” doesn’t have to be synonymous with “dull”.

It’s a message that seems to have gained credence among Toyota customers. Historically, SA motorists have shunned electric vehicles (EVs). In 2020, they bought a paltry 324, ranging from hybrids – which recharge their electric motors on the move without the need for external boosts – to full electric. Globally, the EV market is counted in millions.

With the arrival of the Corolla Cross, Toyota SA suddenly finds itself struggling to meet demand. The plan was always for hybrid to outsell petrol within five years, but marketers have been surprised by the level of immediate demand. Among prelaunch orders, 40% were for hybrid.

Price has a lot to do with it. In the past, EV buyers have faced a huge price premium. With the Cross hybrid, Toyota SA has taken a calculated gamble that the government will follow through on proposals to offer duty rebates on EVs from 2022. If it doesn’t, CEO Andrew Kirby admits the company may not be able to sustain hybrid launch pricing.

What do you get for that money? What you don’t get is the safety-first design of the Corolla with which most South Africans are familiar. Behind the bold grille and aggressive styling is Corolla’s first foray into the SUV market.  The interior is roomy and comfortable. While the hybrid engine, in particular, makes for a lively ride, there is still that familiar, underlying sense of Corolla solidity.

The Cross is the first mass-market hybrid to be manufactured in SA. Previously, the only hybrid was the Mercedes-Benz C-Class, built in limited numbers and almost exclusively for export. Toyota SA’s vehicle assembly plant in Prospecton, Durban, has annual capacity to build 30,000 Crosses. Of those, 5,000 – all petrol – will be exported to Africa.

Toyota engineers say the hybrid reduces fuel consumption and CO₂ emissions by more than a third compared to the petrol engine. While Toyota, like other multinational motor companies, is pursuing the elimination of both, Kirby says that in SA, where full-electric cars are still a novelty, hybrids make more sense for now, as a stepping stone to public acceptance. Thousands of people buying cars with one-third improvement is a good start.

For generations, the Corolla was the Prospecton plant’s core product, before giving way to the Hilux bakkie and its variants. For a time, it looked as if it might disappear. The Cross, with its future-looking hybrid technology, ensures it stays alive.

So it was no surprise that Toyota SA’s marketers should go to such lengths for the launch. “Just like old times,” said one, as the more than 60 journalists started to arrive. The company even flew in SA music legend Arno Carstens to entertain guests at the Mount Nelson Hotel in Cape Town.

In between songs, Carstens told his audience how, growing up in the Western Cape farmlands, his family, and many of those around them, were like a little Toyota community, driving Hilux bakkies.

It was ironic, therefore, that his final song should be Another Universe, a big hit from the past but irrevocably linked to Volkswagen, as the theme tune for its memorable Touareg road-trip TV ad of a few years ago.

The Corolla Cross comes with a three-year, 100,000km warranty and a 90,000km service plan. Hybrids are offered with an eight-year warranty on the hybrid battery.​

Even with no Eskom, UK faces electric-vehicle power challenges
Opinion
3 months ago