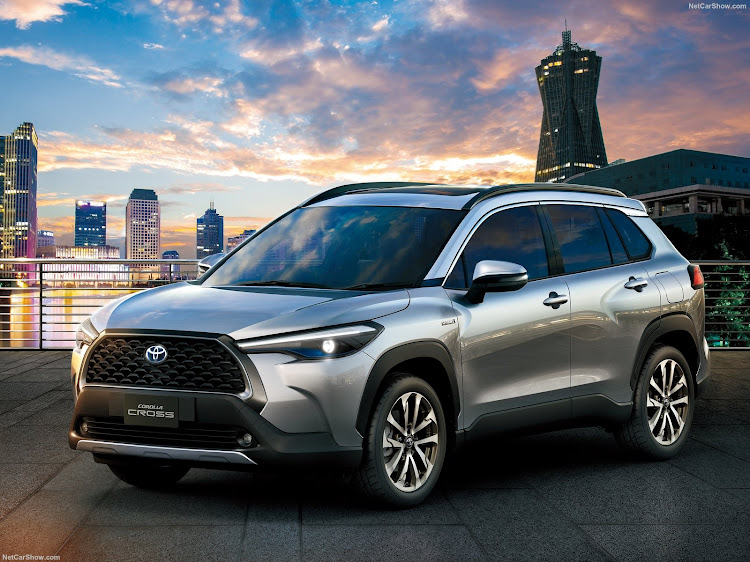 It’s hard to reconcile with a market that has roundly turned its back on electric vehicles (EVs) so far, but Toyota SA CEO Andrew Kirby thinks the only thing that could stop the new Corolla Cross hybrid electric car from being a major success in SA is an inability to meet demand.

He reveals that 40% of SA pre-orders for the car, which comes with either hybrid or traditional petrol/diesel internal combustion engine (ICE) power, are for the hybrid version. The reasons? Determined optimism and a nonexistent price rebate.

But there’s a catch. Because EV and hybrid sales here are so pathetic, Toyota Japan has allocated only a small number of electric engines to its SA subsidiary. Kirby says there are enough to meet immediate demand but admits it will require some hard bargaining to source more if his sales expectations come to pass.

The Cross range, officially unveiled by President Cyril Ramaphosa on Tuesday, is built at Toyota SA’s vehicle assembly plant at Prospecton, Durban, following a R2.6bn investment. Toyota SA is the second company to build a hybrid in SA, after Mercedes-Benz SA. Unlike Mercedes, which exports nearly all its production, the Cross is aimed squarely at SA buyers.

Prospecton has annual capacity to build 30,000 Crosses, of which 25,000 are expected to sell in SA. The other 5,000 are for African markets, where consumers care even less about EVs. Allowing for the fact that pre-orders are rarely a good guide to longer-term sales trends, Toyota thinks annual demand for Cross hybrids could run into thousands. Kirby wants them to outsell ICE cars by 2025.

That’s quite a goal, considering that the local motor industry sold only 324 “new-energy vehicles” (NEVs) in 2020 and has added a further 322 so far this year. Most of those were hybrids from the Toyota group’s luxury Lexus brand.

Kirby says: “We plan to fundamentally change the NEV landscape in SA from a few hundred NEVs a year to well over 10,000.”

HEVs and PHEVs are powered by electric motors supplemented by petrol ICEs. HEVs such as the Cross are self-sufficient but PHEVs require power boosts from other electricity sources. BEVs are wholly dependent on external recharging.

So why does Kirby think the Cross will succeed where other hybrids have failed? The price. NEVs are more expensive to build but also subject to higher SA duties than ordinary vehicles. SA has so far failed to follow the lead of other countries by offering price and cash incentives to potential buyers.

That’s about to change. In May this year, the department of trade, industry & competition published a green paper on incentivising the local manufacture and purchase of EVs. The next stage, a policy white paper, is expected early in 2022. Some industry executives think actual policy could kick in midyear. Minister Ebrahim Patel said this week that in-house government discussions were progressing well.

The policy is expected to include generous duty rebates which would greatly reduce the purchase price of EVs. Toyota SA is so convinced this will happen that it has factored the rebates into its Cross hybrid prices. Instead of the usual glaring price gap, the 1.8 XR CVT and 1.8 XS CVT hybrids, at R448,000 and R413,000 respectively, are less than R23,000 more than their ICE equivalents.

Kirby admits that Toyota SA is taking a gamble and that these prices will be hard to sustain if the expected rebates don’t materialise. However, it’s hard to imagine that the company has not received unofficial assurances from the government.

This week’s glowing references from Ramaphosa about the important role of Toyota SA and the motor industry at large in helping government achieve its environmental goals make backtracking difficult.

Ramaphosa, as he does with every significant automotive investment, described Toyota SA’s R2.7bn Cross expenditure – part of a cumulative company investment of R6.5bn over the past five years – as “a vote of confidence in SA”.

More SA motor companies are exploring the manufacturing of EVs. The industry exports two-thirds of the vehicles it produces, many to countries that will outlaw ICEs in the next few years. Though demand for the latter will persist, in diminishing numbers, for decades to come, the industry does not want to be relegated to the status of an old-technology producer.

The Corolla Cross investment has created 1,775 new jobs – 575 at Prospecton and 1,200 at components suppliers. Toyota SA has contracted 56 new local suppliers – 16 of them black-owned – to provide parts.​

With more fuel price rises expected, here’s a guide to SA’s most frugal and reasonably-priced SUVs
Life
8 months ago