While Zoom happened to be a convenient platform, the counterparty was using the free version 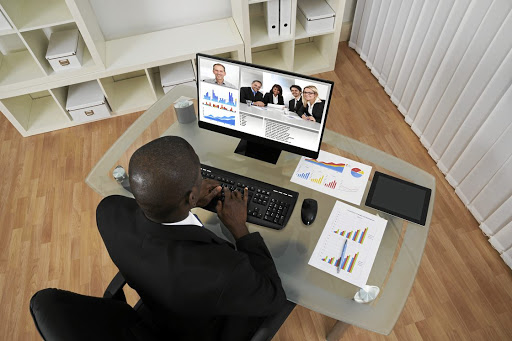 If there is one company which probably typifies a year of global lockdown more than any other, it may well be Zoom. Who hasn’t been using this technology extensively over the course of the past few months?

In my own household, we have spent practically every Friday night since the end of March staring at multiple screens, my wife and I playing cards with friends in Joburg via an app using one device each, while the laptop had a Zoom conversation going.

Cue banter and laughter all round … why didn’t we think of doing this before the coronavirus?

When lockdown struck towards the end of March and global stock markets fell out of bed, clients understandably wanted to discuss their portfolios. In a number of instances, Zoom happened to be the chosen medium.

Since then, I have "attended" numerous virtual conferences and watched webcasts with some of the best investment brains in the world — again, many of them via Zoom.

It therefore stands to reason that the company delivered knockout results a month ago: revenue in the second quarter increased by 355% over the comparable period last year.

The share price spiked as a consequence: from a level of just over $300 before results, it has since traded as high as $500 – this, in a month where its peers in the Nasdaq have lost more than 10% on average.

The stock has gone up more than six times this calendar year.

Following these share price gains, Zoom has a market capitalisation well in excess of $100-billion today — comfortably higher than IBM, one of the most iconic brand names in the world of technology.

How is it possible that a relatively fledgling business such as Zoom (with a total of nine years’ history) is valued by the stock market at the same overall number as a behemoth such as IBM (which happens to be exactly 100 years older)?

The answer of course, lies in the rating. IBM is essentially seen as ex-growth and it trades at a price to earnings (p:e) ratio of 14 times today; Zoom, on the other hand, trades at a giddy p:e of nearly 600.

On balance, the market clearly believes that Zoom is going to continue growing at breakneck speed for many years to come.

Is such a trajectory totally realistic over the longer term?

In response, a quick anecdote: a month or so ago, a colleague and I had a virtual meeting with a fund manager in the US.

They were the ones trying to sell to us, which meant that they made the necessary arrangements, so Zoom call it was. After about 35 minutes, I noticed something curious: the MD on the other side started to bring the meeting to what seemed like a premature close, apologising that they didn’t want to waste too much of our time. Before he was quite done, we were cut off. More apologies followed via e-mail later.

Afterwards I figured out the story: while Zoom happened to be a convenient platform, the counterparty was using the free version (which limits each call to 40 minutes).

If a successful business such as theirs is still not prepared to pay up for a premium service, what does that mean for the rest of Zoom’s market?

Speaking for myself, I did actually cough up £144 back in April for one year’s worth of Zoom’s "Standard Pro" package.

But I have no intention of renewing it, as I have since discovered the wonders of Microsoft Teams — a very similar platform, at no additional cost, given that our business is already plugged into the Microsoft enterprise ecosystem.

This brings back memories of Microsoft killing off a number of pioneering competitors in the past, by offering free alternatives integrated within its platform. Examples include the demise of Netscape (totally disrupted by Internet Explorer), WordPerfect (MS Word), and Lotus (MS Excel).

As an aside, my IT colleagues also have serious concerns about Zoom’s encryption technology as well as its treatment of private personal data.

Perhaps not many Zoom clients will end their subscription within a year, as I plan to do. But that’s simply not good enough: as mentioned earlier, the company needs to grow its paid subscriber base for many years to come in order to justify its current share price.

Personally, I’m rather sceptical about that, so I’m not rushing to buy shares in Zoom at this price. I invite anyone to pick this up with me in a few years’ time though … if I’m wrong (as I’ve been many times before), we can arrange a virtual meet-up and you can gloat to me in person.

You can find me on Microsoft Teams.

Don’t offer me 10c for my opinion of the market, please – I’d much rather have a share in Tencent
Opinion
1 year ago
Next Article

Government gets public sector wage agreement over the ...