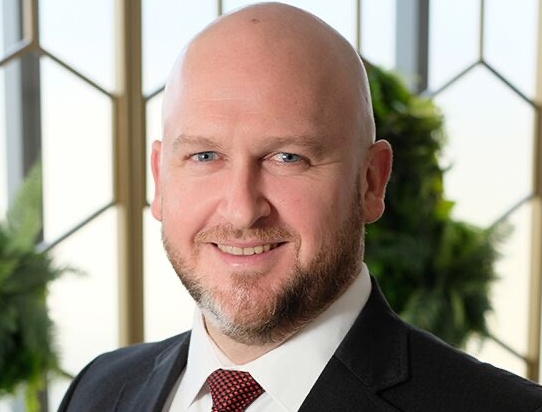 Wherever possible, establish an excellent working relationship with your counterparts early on. If and when things get difficult, those relationships are what will keep the deal on track. Also, advisers should always bear in mind that it’s not their deal — it’s their client’s deal.

In the legal profession, as a candidate attorney at (then) Bowman Gilfillan Inc. Before that I had various part-time jobs as a student including as a part-time salesperson at a computer retail outlet.

How much was your first  pay cheque, and how did you spend it?

My first pay cheque  as a candidate attorney was about R8,000. I took my then girlfriend out for dinner, paid part of the balance on my credit card and bought a new set of golf clubs.

A valuable piece of advice that I received — always grapple with a difficult problem or issue yourself until you are confident that you’ve done your very best to solve it before asking for help.

Without a doubt, improve our state education system, by ensuring that all teachers receive the best possible training and are properly remunerated and that all learners have access to quality infrastructure and facilities.

When I was a university student, a friend and I spent almost everything that we had at the time opening an under-18 nightclub. After a relatively successful start, things turned bad quickly. It took a long time to pay off the debt that we had incurred in starting up. That being said, the experience taught me valuable lessons.

Loyalty is often a one-way street.

I love spending time in the African bush and I have always harboured a desire to be a wildlife veterinarian. Life would have been very different.

If you were  President Cyril Ramaphosa, what would you change, or do, tomorrow?

I’d probably go back to my response on education. Providing our youth with a top-quality education is critical. From that would flow improvements in all other areas.

No evidence of corruption in Sanral tenders, says CEO ...