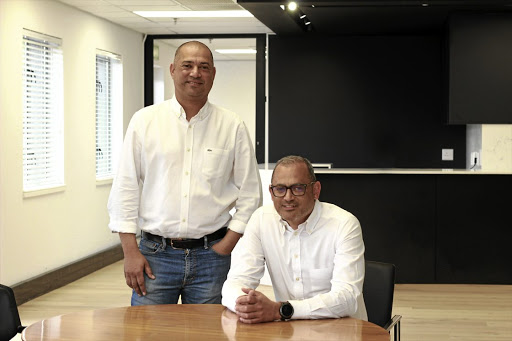 Rowan and Clinton Crowie grew up watching their father, Barry, run his construction company in Durban. His business focused on renovations, additions and alterations.

"What we learnt from him is the importance of a strong work ethic – work really hard, be true to your word and treat everybody fairly and reasonably," says Rowan, CEO of Enza Construction.

The brothers joined their father’s company armed with degrees in construction management and with the ambition to grow the business. They created Crowie Projects in 2000. Today Enza Construction, a wholly owned subsidiary of Crowie Holdings, employs about 800 people, consisting of 550 contract workers and 300 core staff members. Its annual turnover at June 2021 was R2.5bn. The firm’s name comes from the Zulu word sebenza, which means to work. The company’s motto is "SebENZA kahle" — work well, work safely.

The company has several large projects under its belt, including the construction of council chambers for the City of Joburg, a railway station building in the FNB Stadium Nasrec precinct and Botshabelo Mall in the Free State.

Since 2013 the focus of the 100% black-owned and -controlled company has shifted to public sector projects. "I would say about 80% of our revenue has been derived from these," says Rowan.

Working with the state has its challenges, but Clinton says they have found the government to be a supportive client. "There are issues sometimes with budget cycles and payments. We’ve been paid late, we’ve been paid on time, but we are always paid. We’ve never not been paid."

The state’s role is changing, the brothers say. They have found it to be planning more public-private partnerships. They see a shift away from the state procuring construction services in isolation to it seeking infrastructure solutions as a whole.

The brothers have made engagement with the communities they operate in a priority. "We go further than most contractors by supporting the development and empowerment of local business and local subcontractors. We put a lot of effort into that," says Rowan.

This involves assessing skills in these communities. "It doesn’t help to give a big contract to someone who can’t manage it." Rather, they do an assessment of skills and capability, and match those with appropriate work.

The brothers operate primarily in Gauteng, KwaZulu-Natal and the Western Cape.

The largest project on the books at the moment is the Dr Pixley Ka-Isaka Seme Memorial Hospital in KwaMashu, a R2.3bn project that will house 500 beds. The company is also constructing a R1.2bn hospital in Middelburg with about 220 beds, and recently completed a Covid facility at the Chris Hani Baragwanath Academic Hospital containing 500 beds at a cost of R600m.

The firm is erecting about 2,300 social housing units across the country. It constructs water pipelines for Rand Water and rehabilitates roads for the SA National Roads Agency Ltd, and is building a fresh produce market in Mbombela for R1.2bn.

The long-term impact of the pandemic on the industry has been underestimated, the brothers say. "Our suppliers’ cash flow is under pressure and so is their profitability, so their ability to deliver to us is problematic," says Rowan.

"The entire supply chain is under huge pressure. We are having to look at how we can support and assist the supply chain in order [for us] to deliver," he says.

Enzo has a Southern African focus, but recently formed an alliance with Mace, a UK-based construction and management company in SA, and is a 51% shareholder in the local operation.

The brothers are eyeing acquisition opportunities. "We do realise there are distressed assets out there," says Clinton. They recently bought power firm Tractionel Enterprises.

They are the majority shareholders in their business, and the National Empowerment Fund has a 25% stake.

He does not see himself as an entrepreneur, but the business he founded to develop people helps blue-chip firms, and keeps growing
News & Fox
6 months ago

For this nimble young liquor distributing business, Africa is a big, inviting market. The company sets great store by maintaining its culture and ...
News & Fox
8 months ago