For this nimble young liquor distributing business, Africa is a big, inviting market. The company sets great store by maintaining its culture and the enthusiasm of its teams 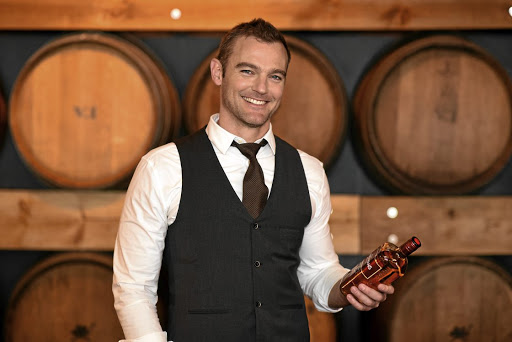 Rowan Leibbrandt always knew he’d be running his own business one day.

After working for big-brand alcohol groups he saw the opportunity to shake things up by offering alternatives to the global products that populate shelves and bars, and he and a partner started premium liquor distributor Truman & Orange in 2013.

It was not the first time Leibbrandt had changed direction. He’d completed a BSc chemistry degree "extremely badly". So he attended the Red & Yellow Creative School of Business, after which he worked for an Ogilvy subsidiary, for William Grant & Sons — which distils Scotch and other spirits — and for Pernod Ricard. He worked in the UK, Russia, France, Germany, Portugal and Greece, and travelled through Africa.

"I was flying around the continent for Pernod Ricard as the company tried to grow its foothold there. It dawned on me there was such an opportunity … that smaller businesses could move quicker than some of the bigger companies." It struck him that no-one had created an African spirits firm.

The first few years of operation were funded by his best friend and now business partner, Owen Gibbs, who joined him after six years.

Over time the partners realised they needed to hit that all-important "dollar a bottle" price and had to make their bottles smaller to lower the cash outlay for a drinker. And they needed to own their own route to market rather than try to build brands through third parties. So in addition to Truman & Orange in SA, the partners established a distribution business in Kenya and Nigeria. They are looking at doing the same in Tanzania, Uganda, Zambia, Mozambique and Ghana.

The company has developed its own brands — John Bannermans Scotch whisky, Grace du Roi sparkling wines and Kensington gin, and it has new brand launches planned for the year ahead. Truman & Orange also bought brands from Diageo in SA, such as Bertrams brandy, Montego rum, Squadron rum, Lupini sambuca and Cape Velvet Cream.

Today the company’s own brands comprise 80% of the business. "Premium" liquor, in this context, doesn’t necessarily mean expensive, but better looking, with more modern packaging, and a better taste than that of the competition. In Nigeria that might mean selling a small bottle for $1, "but for that drinker … it might be the nicest thing they’ve bought all week," says Leibbrandt.

It’s worth noting the company the partners keep. Mark Bowman is well known in the business as the man who led SAB’s charge into other countries in Africa. Bowman met Leibbrandt for coffee and decided he wanted to invest in the business. He’s now part of the management team.

"[Bowman] gave us lots of confidence and stopped us from doing some stupid things … There were lots of very capable [SAB] people who didn’t enjoy the transition when that company was bought out and who have joined us and taught us a lot," says Leibbrandt.

The business is not as capital intensive as brewing. Leibbrandt says the production of most of the world’s spirits is subcontracted, "though you couldn’t do that for a 12-year-old Scotch". Truman & Orange sells about 150,000 cases a year in SA and close to 1-million in Nigeria. It expects its new Kenya operation to reach up to 50,000 cases in its first year.

Lockdown, however, was brutal. Leibbrandt says: "Trade stops paying you, you have too much stock and there’s nothing in the bank. And you’re trying to pay salaries. It takes at least 90 days to normalise that working capital."

But the partners haven’t retrenched anyone, because "we don’t see Africa, and certainly not SA, as having a mature low-growth future. For us, there is a big, exciting market [ahead].

"We’re careful to maintain our culture; the excitement in our teams was most important, so we could bounce back."

When crunch time came during the lockdown, they took the view that they would overcommunicate, try to be personable, have the biggest smile, explain the situation calmly and commit to creditor plans for when things normalised.

"I can’t tell you how well people have reacted. We’ve come out with even better relationships than before."

Ndzaba says his journey is about motivating people to get out of their shells, achieve their dreams and be catalysts of their future
News & Fox
2 months ago

Flexible online payment options are a growing trend, which Derek Cikes is charged with harnessing through Payflex, a relatively new e-commerce ...
News & Fox
3 months ago
Next Article

1.
Red faces all around for the EFF
News & Fox / Trending
2.
By the numbers: Youth unemployment in SA
News & Fox / Numbers
3.
PROFILE: Who is Vodacom’s new CFO Raisibe Morathi?
News & Fox
4.
eMedia turns tables on SABC and MultiChoice
News & Fox
5.
The rental revolution — or how not to buy a car
News & Fox / Digital

1.
Red faces all around for the EFF
News & Fox / Trending
2.
By the numbers: Youth unemployment in SA
News & Fox / Numbers
3.
PROFILE: Who is Vodacom’s new CFO Raisibe Morathi?
News & Fox
4.
eMedia turns tables on SABC and MultiChoice
News & Fox
5.
The rental revolution — or how not to buy a car
News & Fox / Digital