WildEarth: going on safari on your sofa

With its goal of bringing nature to people, WildEarth transports viewers from across the world into the African bush 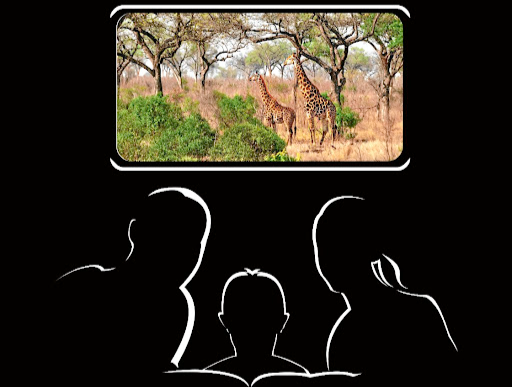 From a control room in Illovo, Joburg, WildEarth streams all year round to give viewers a virtual safari in some of Africa’s best game reserves. It broadcasts live eight hours a day, with the rest of the schedule made up of repeats and a block of programming called Escape to Nature, programmes from its archive and broadcast without narration.

"We help people feel present in nature," says Graham Wallington, CEO of WildEarth. "WildEarth is on a mission to increase the value of nature to people and we do that by scaling ecosystem services without increasing the negative impact on nature.

"The Japanese refer to shinrin-yoku [forest bathing]. The art of forest bathing is that you can go for a walk through the bush and you’ll feel great. Just being out in nature is a great feeling. But if you do it without a destination, if you wander, meander, you stop, you smell, you look, you’re present in that nature without intention. What happens is you experience a huge drop in your cortisol levels, your stress levels.

"What we do is we help people experience that. We can put a million people on a game drive vehicle that, in the physical world, could only take eight. We can scale the ecosystem service of being mindful and present in nature, with having only four tyres on the ground. And that is how we increase the value of nature by using the services of nature without increasing the impact."

Available on DStv channel 183 in SA and on YouTube everywhere, WildEarth is also distributed on free, ad-supported streaming TV (Fast) platforms like Samsung Plus.

Fast platforms are expanding because of the growth in devices that are connected to the internet and allow advertisers to target specific audiences, known as "addressable advertising".

"On a platform like DStv, which is a traditional pay-TV platform, viewers watch a channel like WildEarth and in turn watch the same adverts, whereas on Fast or connected TV each viewer watches a different advert during the ad break," says Wallington.

"As on the internet, those are ‘addressable advertisers’ and this has caused a huge shift of advertising from the traditional pay-TV platforms to the Fast platforms.

"WildEarth reaches about 100,000 people a day in Brazil on Samsung Plus, so we have several partnerships with Samsung. But we’re on an immense number of different Fast platforms around the world.

"We have our own apps on iOS, Android, Android TV, iOS TV, LG, Philips TVs, and you can watch the channel 24 hours a day on any of those. So it’s not only on partner distribution; we also have our own distribution so that people can watch from anywhere in the world."

In the bush, WildEarth sends out its two-person teams in a variety of locations, feeding their contributions to a final control. "It’s like a normal television live broadcast of news," says Wallington.

The director in the control room is in touch with the teams and cuts between them, depending on where the action is best. Each team consists of a naturalist, who does the driving, and a camera operator.

Even though WildEarth gives viewers close-up views that would often be impossible in real life, Wallington says there is nothing special about the cameras.

"They are high-definition but they’re very standard," he tells the FM. They don’t have the latest and most sophisticated technology that can distinguish the smallest details that full high-definition cameras often fail to provide "because they don’t last in the bush".

The team members are linked by radio, via an earpiece, to the director in Joburg.

"The most common way that video and audio signal are sent to the control room is by a bonded 3G signal," says Wallington. "We have six 3G modems bonded together and you might find that three of those modems are on, say, MTN, and three are on Vodacom. So if there’s a variation in the networks, the bonding technology spreads that video signal out over those six different modems. If one of them should fail, it’ll spread it over the remaining five seamlessly."

They also get questions from viewers that are answered personally, by username. Wallington says this creates a sense of community.

"Some viewers have been watching WildEarth since we launched in 2007. They’re not just watching a leopard, for example, or a representation of the species. They’ve got to know them [the animals] as individuals and our naturalists provide insights into the opportunities and challenges that an individual animal is experiencing. This is the technology magic of WildEarth."

SA’s tourism sector has been devastated by the pandemic. The government has a new plan for recovery. But it’s thin on detail, and operators — based ...
Features
8 months ago
Next Article