The state capture commission holds auditors responsible for things that go far beyond their remit, illustrating the misconceptions held about the profession’s role 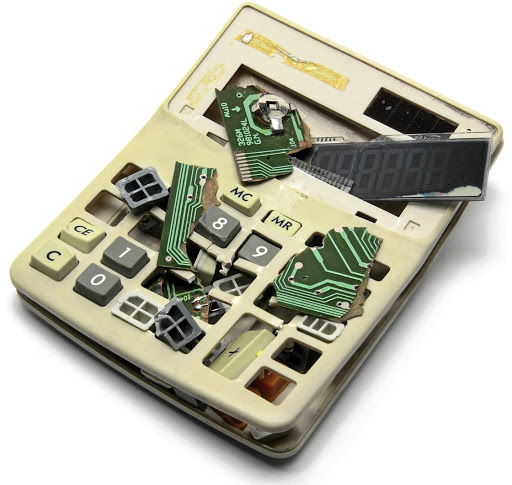 No-one would seriously quarrel that an auditor should be held accountable if their audit opinion is incorrect. If an auditor failed to exercise the care demanded by the standards of the profession, and that was, in fact, the cause of damage, they should be held responsible.

But by placing all blame on the auditing profession for facilitating, enabling and turning a blind eye to state capture, the Zondo commission is holding auditors accountable for actions far removed from what they’re legally obliged to do.

In one of chief justice Raymond Zondo’s reports on state capture, he lambasted SAA auditor PwC in particular.

“PwC and Nkonki [Inc] failed in their duties as a watchdog institution. Had they performed their functions properly, the shambolic state of financial and risk management in SAA would have been picked up earlier,” he said.

Other auditors, including KPMG and Deloitte, have also come under fire. It illustrates how the sands have shifted.

Five years ago, no auditor thought they were responsible for discovering state capture. Yet even though no court has yet imposed such obligations on an auditor, Zondo’s report illustrated no grasp of the limited nature of an auditor’s undertaking.

Under all accepted standards, the auditor’s responsibility is to report on management’s financial statements.

Those last five words are critical: the financial statements of management. These are not the auditor’s representations; all the auditor does is render an opinion as to whether those statements are represented fairly.

An auditor is not the guarantor of the accuracy of those financial statements. It’s a prevalent misconception.

Many people seem to believe the numbers on the balance sheet must be 100% accurate. But in many cases — such as the reserve for doubtful debts — it is merely an estimate based on the best possible prediction. Inventory pricing and quantities are also estimates, based on expectations of future sales prices and costs.

This means that if there’s a small deviation in the financial records which isn’t material, an auditor need not insist on a tiny change in the accounts.

So, for example, does it matter to SAA that a R4,000 account should have been written off last year, or that it should only be R400, but for a bookkeeping error?

It makes no sense to insist on the auditor’s examination being so exhaustive that they detect even such minuscule errors. Yet the concept of materiality is too often forgotten.

We expect an auditor to pick up the big issues, but they need not examine every transaction. Instead, they rely on sound testing techniques, while examining a sufficient number of transactions to give an overall fair presentation.

Should the auditor be held responsible if those tests miss a small transaction that later proves to be troublesome?

The cost of requiring auditors to examine every entry on SAA’s books to get 100% verification would be exorbitant. And it would delay the accounts beyond any realm of practicality.

What is also often overlooked is the simple proposition that auditing is an art, not a science. Of course, two plus two equals four, but that arithmetical determination is only a fraction of the auditing process. Many questions of judgment determine whether the figure to be added is 2, 1.9 or 2.1.

The auditor cannot avoid making judgments, and they shouldn't be faulted if those judgments — if made honestly, and in accordance with accepted auditing standards — are different from those suggested by 20/20 hindsight.

The Zondo commission appears to have proceeded on the assumption that an auditor is the guarantor of the accuracy of a company’s financial statements. Hence, any failure in the accounts of Eskom, Transnet or the Passenger Rail Agency of SA — whether through fraud or connivance — must lie with them.

But Zondo failed to acknowledge how critical the process in which an auditor exercises judgment really is. And the commission just as profoundly failed to recognise that it is a company’s management — not the auditors — which is responsible for the accuracy of financial statements.

Traditionally, auditors have not been expected to uncover every instance of fraud or an executive’s failure to pay over what is due to someone. It’s a limitation clearly recognised in accounting literature and engagement letters between clients and auditors.

Which is only right, since we could hardly justify burdening shareholders and society with the cost of using auditors to catch embezzlers. That has been, and remains, the role of the forensic auditor.

* Firer is a former professor of auditing at Wits University, Monash University and Rhodes University. He previously worked at audit firm Nkonki.

ROB ROSE: The auditors who refused to buckle

Oceana’s annual report reveals that PwC, which has just taken over its audit, lodged five ‘reportable irregularities’ with the regulator
Opinion
2 months ago

ROB ROSE: Why the Tongaat charges are ‘unprecedented’

Never before has an auditor been criminally charged for being asleep at the wheel. This changes everything
Opinion
4 months ago

The regulator has fined PwC’s auditor for shoddy work at SAA. The man who lodged the claim in 2017 says it should never have taken so long
Opinion
1 year ago
Next Article