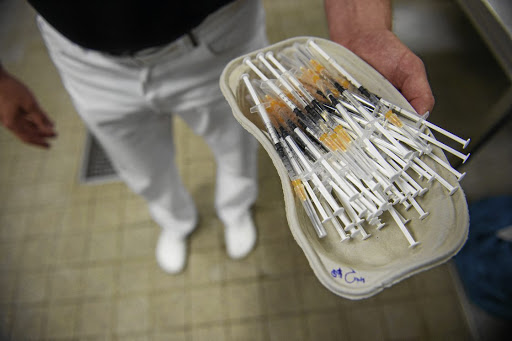 Millions of J&J vaccines have to be destroyed DPA.
Image: Alliance via AFP/Gregor Fischer

SA just can’t get a break. After a decade of Jacob Zuma, and just as we were emerging from years of a Gupta-fuelled murk, a pandemic hit.

Due to short-sighted penny-pinching, the government then dragged its feet in ordering vaccines. As our leaders bemoan vaccine inequality — a stark and sick reality in our modern world — it is clear that in SA’s case, there is no such excuse. Our government simply did not act soon enough.

Then SA was hit by a new variant of the virus, which rendered useless the first lot of vaccines it did manage to secure.

The bad news didn’t end there. Health minister Zweli Mkhize was meant to be navigating these choppy waters but was found "vibing" with a dodgy communications contract (handed to his close associates) and placed on special leave.

Now, 2-million doses of Johnson & Johnson (J&J) vaccines destined for SA have to be destroyed. The US Food & Drug Administration last week ordered that J&J must discard 60-million doses because of contamination at a Baltimore plant operated by Emergent BioSolutions, a J&J subcontractor. There was apparently cross-contamination between the J&J doses and AstraZeneca vaccines produced at the same plant.

The SA Health Products Regulatory Authority had no choice but to reject the 2-million doses manufactured at the US site.

President Cyril Ramaphosa tried to inject some optimism by announcing that the vaccination rollout will be ramped up and that US President Joe Biden has promised SA some of the 500-million Pfizer vaccines his country was distributing globally.

But with death stalking as the third wave begins pounding our land, we are operating on a wing and a prayer.