Mine CEOs say getting rid of coal assets, as Anglo has now done, is the ‘responsible’ thing to do. But they’re just running away from future liabilities 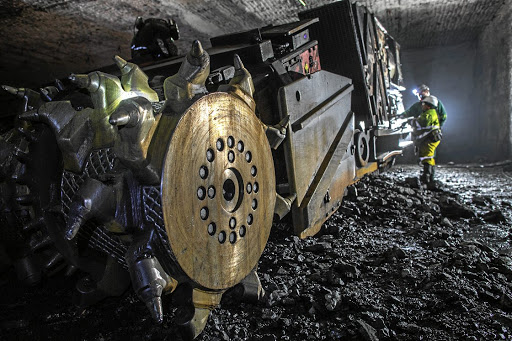 Greenside Colliery: One of the assets that will go from Anglo American to Thungela Resources. Picture: Anglo American/Philip Mostert

Two articles in last weekend’s Business Times aptly reveal the absurd nature of SA’s energy narrative. In the first, Thungela Resources CEO July Ndlovu opines: "Coal doesn’t have to be always dirty: it can be made cleaner depending on [your] technology choices."

The second, headlined "SA must go green or lose investors", delves into a new report from JPMorgan flagging the risks to SA’s competitiveness posed by Sasol and Eskom and by our inability to implement policies to mitigate climate risks.

Thungela Resources is a new company that is being created to hold Anglo American’s export coal assets. At Anglo’s AGM last week, shareholders voted to approve the split and Thungela’s JSE listing.

Yet Anglo’s (and Ndlovu’s) claim that the demerger is the "responsible" option supporting a transition to a low-carbon economy miserably fails the bullshit test.

For a start, will it cut carbon emissions? Nope. Instead, the deal just shifts Anglo’s riskiest assets onto someone else’s balance sheet.

These deals are increasingly common as mining giants try to rid themselves of carbon assets. But the deals shift the risks of immense future environmental liabilities (companies tend to wildly underestimate this cost) and complex social issues onto smaller companies.

Ultimately, these liabilities may end up being carried by the state, as is the case with SA’s 6,000 abandoned and unrehabilitated mines.

These liabilities may end up being carried by the state, as is the case with SA’s 6,000 abandoned mines

Giants like Anglo, Glencore and South32, whose glossy reports boast of their social and environmental credentials, claim to have the capital and experience to conduct "responsible" mine closures, which is a Herculean task.

The responsible route would be for these companies, which have benefited from these assets for decades, to keep those coal assets and use their reach to develop Paris Agreement-aligned closure strategies while limiting the impact on workers and communities.

The R2.5bn cash injection that Anglo is providing to Thungela would make for a good start.

Instead, these coal exits set up the region for disaster.

As it is, Ndlovu’s claims of future glory are riddled with misinformation. "Clean coal" is a myth.

And the International Energy Agency (IEA) projection that he cites — that the seaborne thermal coal trade will be the same in 20 years’ time — was made for the IEA’s "Stated Policies Scenario".

In other words, this will be the status quo if all nations make no further progress on climate action, which will lead to a 2.7°C rise in global temperatures by 2100.

The IEA says this scenario is not a "forecast" but a "mirror to illustrate the consequences of current plans". This, clearly, is far from a "sustainable energy future".

Thungela’s other projections (mostly unsourced) fail to account for the fact that all coal exporters are competing for a slice of the same shrinking market. While high prices may be good news for SA in the short term, they will also lead to a faster switch from coal.

As a "pure play" coal company, Thungela won’t have other revenue streams to fall back onto, so the shrinking earnings won’t be able to finance the "world-class mine closures" that Ndlovu promises.

But most of Anglo’s shareholders, who voted in favour of the split, don’t appear concerned by all this. It’s easy to talk the talk about accountability and a just transition, especially if you’re not the one who will end up with a stranded asset in 10 years’ time.

Rather, it will be the coal-hosting communities, and the millions of pension fund members whose asset managers approved this deal, who will be stuck with that.

In the meantime, the mineral resources & energy department lets large miners off the hook by allowing them to sell these assets — and a coal pipe dream — to smaller firms. Let’s hope the state is also prepared to pick up the pieces.

PETER BRUCE: Hell! If we can survive ANC rule, we can ...