EDITORIAL: Why Moseneke was wrong about postponing the election 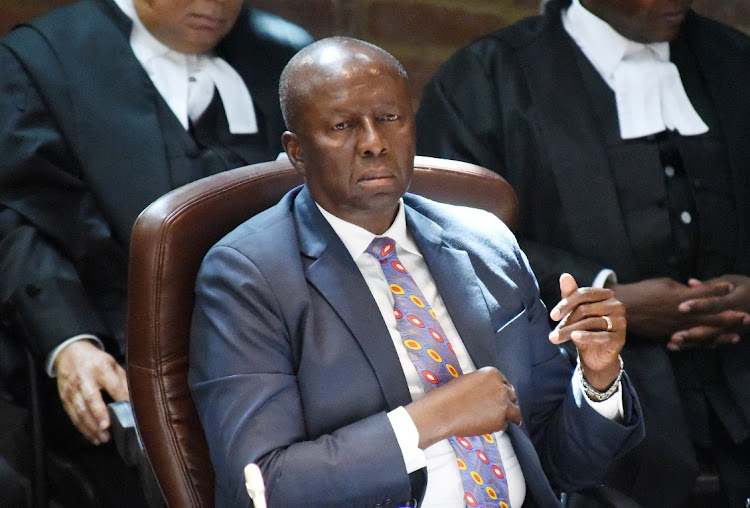 “Depend upon it, sir, when a man knows he is to be hanged in a fortnight, it concentrates his mind wonderfully,” reflected Samuel Johnson in 1777, on the fate of an Anglican churchman named William Dodd. The Reverend Dodd, as it happened, had taken a large loan on behalf of someone else, kept the money for himself, and failed to repay it.

For politicians, nothing concentrates the mind like the knowledge of an imminent election. It’s one of the few things that has the power to do this, since our politicians have for too long known they have very little to fear from the law.

It now seems likely that the municipal elections, scheduled for October 27, will be postponed. This is mainly because the Independent Electoral Commission (IEC) asked former deputy chief justice Dikgang Moseneke to “lead a process to evaluate the impact of Covid on conditions conducive for the holding of free and fair elections”.

Moseneke has now recommended a postponement. He cited various concerns, including the ability of political parties to prepare and organise, the impact on the registration of voters, and the inevitable large gatherings on polling day.

In particular, he pointed to the uncertainty about when infections will rise, and the consequent lockdown imposed by the government. Moseneke's conclusion is that the election should be delayed, but not by more than four months.

Moseneke’s reputation is such that nobody has thought of accusing him of being driven by political motives or allegiances. However, the soundness of his reasoning does not necessarily mean that his conclusion — perhaps more judicial than judicious — is the right one.

Most political parties, including the ANC and the DA, said they wanted to work towards an October 27 poll, which rather undermines Moseneke's concern about their ability to prepare.

The right to vote was dearly bought in this country and it remains highly valued by its citizens. Its importance is symbolised by those awe-inspiring images of days-long queues in the first democratic election in 1994, where most people were voting for the first time in their lives.

Those were deeply uncertain times. Nobody was sure the election would survive the threat and reality of violence. But the voters remained patient, determined and undeterred, and despite delays in the counting, the election was declared “substantially free and fair” and the legitimacy of the first democratic government was assured.

There are two major problems with the reasoning behind a postponement now.

First, we now know that the only thing predictable about Covid is its unpredictability. Much is expected from the vaccination process, but nobody knows how effective it will be.

What if elections are rescheduled for February 2022 and they coincide with another wave of infections, or a new variant? Logic would surely then dictate another postponement.

Moseneke’s investigation also preceded the unrest. But if we postponed the election for Covid, how could you reject the argument that some areas affected by the unrest have not recovered to be conducive to a fair election?

Second, there is the question of the precedent.

The Electoral Court has already granted the postponement of certain municipal by-elections scheduled for earlier this year (though some by- elections were held, and successfully too).

Were you to need further postponements, it’s possible you may need to alter the constitution to allow this — this might open the door for future governments to find excellent reasons not to submit politicians to the judgment of the people.

Democracy has many ingredients and requires many safeguards, but the greatest of these is the vote. The point about elections, especially at local level where politics affects people’s lives directly, is that they are most needed when times are difficult — not when they are easy.

The electoral commission is seeking to implement the Moseneke report, which recommends delaying the October elections until February
National
2 months ago

The electoral body seeks to postpone the municipal elections in line with the Moseneke report, but is still awaiting approval
National
2 months ago