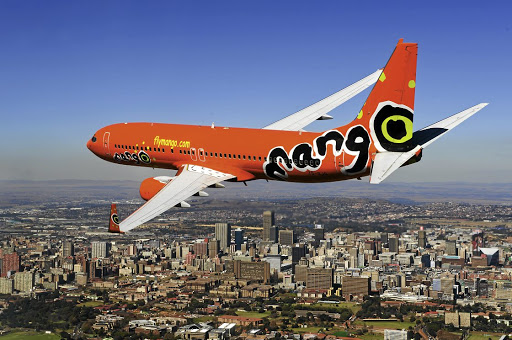 The year is 2025. The department of public enterprises has just announced the name of SAA’s newest interim CEO, appointed by a recently constituted board, which has been tasked with the implementation of a rescue plan. It follows a strategic review, necessitated by a fallout with previous management over continued losses at SAA’s operating subsidiaries. Sound far-fetched?

Consider that in 2021, SAA’s interim board has just named chartered accountant Thomas Kgokolo as its fifth CEO, interim or otherwise, in five years.

He has no experience running an airline. Nor does a single member of SAA’s present board. Institutional memory has all but vanished.

SAA subsidiary Mango has announced that it will have to stop flying and may be unable to pay the salaries of its 500 or so employees from May. Funds promised by its shareholder have failed to materialise, despite months of wrangling.

Mango’s imminent grounding comes as no surprise to industry insiders, who have long argued that the financials of SAA’s low-cost operation were overstated.

But it again reflects a dismal lack of action from Pravin Gordhan’s department, which had promised funds to the division by January, under last year’s business rescue bailout plan.

The money has not been forthcoming. For one thing, the R2.7bn allocated to Mango and SAA Technical as part of the R10.5bn rescue plan was never actually agreed to by SAA’s creditors. They signed off a business rescue plan in July last year — one in which different allocations were made.

Then there’s parliament, which has still not passed the special appropriation bill required to release the money.

It means it’s taken more than a year to get money promised to the airline, while nearly 17 months of business rescue have yet to result in any sort of progress at all.

Worse, even if the money is released, it’s unlikely to be nearly enough. Talk in the industry is that Mango needs at least R2bn to continue operating.

In the meantime, it’s worth asking how much in fees and taxes Mango now owes other state-owned operators in the aviation chain, including Airports Company SA, Air Traffic & Navigation Services, the Civil Aviation Authority (CAA), the weather service and the SA Revenue Service.

And if Mango is on its knees, SAA Technical is not far behind. The outfit — which provides crucial maintenance services not only to SAA but also to rivals such as Comair, as well as some long-haul carriers to SA — is understood to be paying staff 25% of their salaries, while payments to suppliers have dried up. Despite this, the CAA has not suspended the unit’s approved maintenance organisation certificate, which it arguably should, having done the same to SA Express in 2018 when it ran out of money.

Aside from its obvious drain on vanishing taxpayer funds, the never-ending saga of SAA is another symptom of something far more deeply wrong: the inability of the shareholder to discern between matters of national pride and those of commercial sustainability. No amount of talent, no number of new boards, will solve an impossible problem.

The shareholder has to make a decision: does SA want a national airline, no matter the cost? Or does it want to be a commercially resilient participant in a flourishing local airline industry?

It might not carry the same cachet, but a stake in a system that works is more valuable than 100% of nothing.

The regulator has fined PwC’s auditor for shoddy work at SAA. The man who lodged the claim in 2017 says it should never have taken so long
Opinion
3 weeks ago