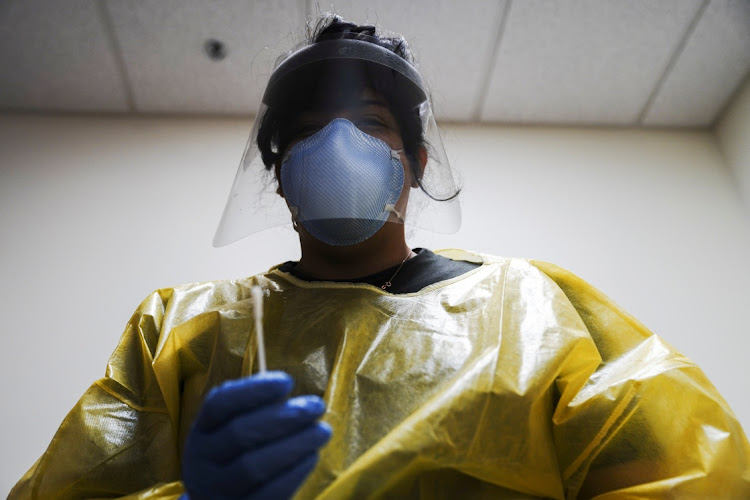 Applying a theory of herd immunity to Covid-19 has been likened to “pseudoscience pixie dust” and a “Darwinian survival of the fittest approach” based on back-of-the-envelope calculations.

Expecting it to work to bring an end to the pandemic is “wishful thinking”; worse, it is “misguided and deadly” and could lead to many, many more preventable deaths. Some have gone as far as to describe it as “mass murder”.

Last week Anthony Fauci, director of the US National Institute of Allergy & Infectious Diseases, described it as “nonsense”. Eighty researchers writing in The Lancet said it was a “dangerous fallacy unsupported by scientific evidence” and World Health Organisation (WHO) director-general Tedros Adhanom Ghebreyesus called it “scientifically and ethically problematic”.

Herd immunity is the point at which a disease stops spreading because nearly everyone in a population has contracted it. Once a population reaches herd immunity, either through vaccination or by recovering from the disease naturally, new infection chains will die out.

In this way, the population is protected from future outbreaks.

Most epidemiologists say 60% of a population needs to have been exposed to a virus to reach herd immunity. Quanta Magazine explains how this figure is calculated.

But here’s the problem: those in favour of designing policy to achieve herd immunity would deliberately let the virus rip through the population while attempting to shield the vulnerable, such as the elderly and those with health conditions.

It’s as nihilistic and irresponsible as it sounds. Yet the White House appears to have embraced it as a way out of the pandemic.

Last week, White House officials told The New York Times it supported a declaration by a group of scientists arguing that authorities should allow the coronavirus to spread among healthy people while protecting the vulnerable. This is an approach that relies on arriving at herd immunity through infections rather than a vaccine.

The White House endorsed The Great Barrington Declaration, which argues against lockdowns and calls for the reopening of businesses and schools.

The declaration states: “Current lockdown policies are producing devastating effects on short-and long-term public health. The most compassionate approach that balances the risks and benefits of reaching herd immunity is to allow those who are at minimal risk of death to live their lives normally to build up immunity to the virus through natural infection, while better protecting those who are at highest risk.”

The declaration’s lead authors include Jay Bhattacharya, a health economist at Stanford University, which is the academic home of Scott Atlas, President Donald Trump’s science adviser, who also advocates for herd immunity.

Controversially, The Times says the signatories include scientists who have proposed that societies may achieve herd immunity when as little as 10%-20% of their populations have been infected with the virus.

Yet indications from the WHO so far is that just 10% of the world’s population has been infected with the coronavirus.

In reality, this declaration could influence policy that may cause thousands more deaths.

What Trump and his administration are trying to do is infer that measures to contain Covid — including mask wearing, social distancing, mass testing and contact tracing — have been ineffective. Some governments have been roundly unsuccessful at tackling the coronavirus and have instead focused their attention on the hardships that lockdowns have inflicted on people’s lives.

Trump’s White House is already urging states not to impose lockdowns again. A senior administration official is quoted in the Financial Times as saying: “Lockdowns do not eliminate the virus; lockdowns are extremely harmful; and the best policy to save lives is to aggressively protect the vulnerable and open schools and society.”

Yet almost no one is calling for the hard lockdowns imposed in March. And this approach confuses the failures of some governments with the false belief that the measures themselves are ineffective.

The reality is that other countries have been able to control the spread of the virus, and mitigation measures are a crucial contributor to that success.

Of course, the authors and signatories of The Great Barrington Declaration make an important point. The economic burden of national lockdowns — nowhere more obvious than in SA — is deep and unrelenting. The impact on sufferers of other diseases, on domestic violence and on months of lost teaching time, may be felt for years to come.

Seen in this context, returning to some kind of normal — akin to releasing everyone from jail — is seductive, writes John Barry in The New York Times. But it becomes less seductive when you examine the omissions from the declaration.

Barry says it says little about how to protect the vulnerable. And it omits to mention just how many people would die when such a policy is followed.

The Institute for Health Metrics & Evaluation at the University of Washington, whose modelling the White House has used, predicts that with the current restrictions still in place, the US is likely to see up to 415,000 deaths by February 1.

But if those restrictions are eased — as opposed to eliminating restrictions entirely, which would occur if herd immunity were pursued — deaths could rise to as many as 571,527, Barry writes.

The other problem with Covid-19 is that there are too many unknowns.

Even with all the information gathered and analysed about the disease thus far, the scientific community does not know how long immunity will last. And several countries have already reported instances of reinfection.

And then there is the Sweden example. As a country that has avoided a lockdown in favour of personal responsibility, it was not able to successfully protect its vulnerable population.

Nor is it enough to look only at the risk of death. Supporters of herd immunity fail to address the experience of a growing number of Covid sufferers: the symptoms referred to as “long Covid” seen in many young and otherwise healthy people.

The reality is that implementing such a strategy is bound to result in nothing but mass suffering. It is reckless in the extreme.

RAZINA MUNSHI: The former diplomat, imprisoned in China, who was told about Covid-19 for the first time

The spike being reported elsewhere shows that the world is nowhere close to beating Covid-19. That offers a vital lesson for this country to not let ...
Opinion
7 months ago
Next Article

Extension of Covid-19 relief grant will cost the government R6bn

Extension of Covid-19 relief grant will cost the government R6bn