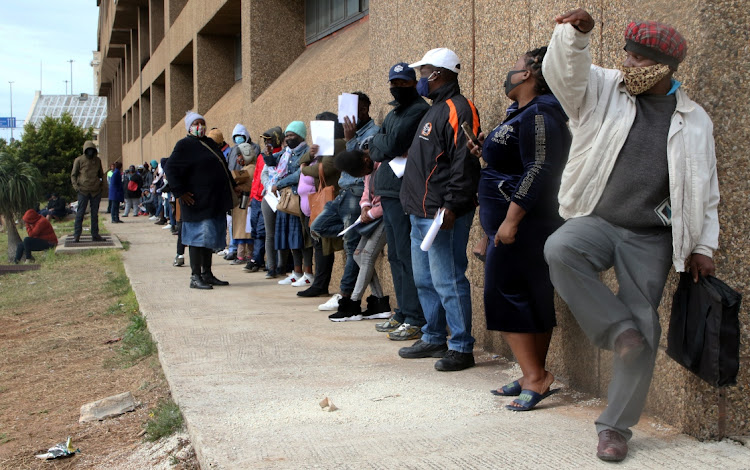 There are few places outside of SA where the accident of one’s birth so profoundly affects one’s life chances.

Class overlays the contours of race and geography – an indelible stain left by centuries of systematised oppression, unmoved by decades of benign neglect. Cutting across the fissures is gender – a line of violence and vulnerability that offers an often-ersatz solidarity between women in the country.

In the early days of the pandemic, Covid-19 was naively – and not just a bit offensively – referred to as “the great leveller”: an invisible enemy to which all were equally vulnerable. Instead, it has cleaved to our existing social divisions – race, class, gender, geography – and amplified them.

Nowhere is this more evident than in the second-wave results of the National Income Dynamics Study: Coronavirus Rapid Mobile Survey (Nids-Cram), released on Wednesday.

Nids-Cram, a collaboration between researchers from various SA universities and government departments, is a broadly representative national survey of individuals (about 7,000 in wave 1; 5,600 in wave 2) that investigates the socioeconomic effects of Covid-19 and the national lockdown.

The full set of results and individual research papers are available on the Nids-Cram website – but the FM’s free-to-read cover story this week, by principal researcher Nic Spaull, is a useful point of entry.

Spaull provides an accessible overview of the central issues and their neat symmetry: a decade’s worth of employment growth (about 3-million jobs) has been wiped out in just four months; over the same period the growth in social grant recipients (4-million) has matched that of the previous 10 years.

He also offers a broad-strokes view of the disparate fallout: the poor, for example, were 10 times more likely to have lost jobs (30%) than the rich (3%) between February and June; by June, employment levels for white respondents were at 79%, against 45% for black respondents; and job losses were at 30% for manual labourers, against 12% for professionals.

The more granular detail lies in the papers themselves, or – in more digestible form – in the columns some of the researchers have written in the FM and elsewhere. Broadly speaking, they cover hunger, schooling and early childhood development, health and social attitudes, labour-market dynamics, social security, gender.

Virtually none of them offers any respite from the entrenched and pervasive inequality that defines life in SA.

Gender and the geography of inequality

The Nids-Cram site is a trove of information. But two papers, in particular, stand out for me.

Women were disproportionately affected by employment losses during the hard lockdown, accounting for 2-million of the 3-million jobs lost. But increasingly unequal outcomes have stalked even those who kept their jobs.

Going into lockdown, the average woman in SA earned R70 for every R100 earned by a man in SA. By June, that had dropped to R66, say Robert Hill and Timothy Köhler (in the Daily Maverick, and on the Nids-Cram site).

When considered in terms of monthly wages among the poorest 40% of workers – those earning less than R5,000 a month – women went from earning R75 for every R100 in February, to just R43 by June.

However, when this was considered in terms of hourly rather than monthly wages, Hill and Köhler say the results didn’t show a statistically significant change.

They conclude that the growing gender wage variable during lockdown has been driven by women working fewer hours – either because of the increased burden of child care (something Daniela Casale and Debra Shepherd address in their paper), or because their jobs don’t allow them to work as easily at home as men’s do.

In another fascinating contribution, Justin Visagie and Ivan Turock consider the spatial aspects of the pandemic.

Their paper in the FM considers the marked difference between outcomes within urban areas – the suburbs, vs townships, informal settlements or peri-urban areas. But their broader Nids-Cram paper considers how the lockdown has magnified the rural-urban divide.

At the same time, the rural areas are the largest beneficiaries of social grants: by June, 59% of rural respondents lived in households receiving social grants, against 47% in towns and cities, and 32% in metros; and 33% reported receiving the R350 monthly Covid relief grant (against 24% and 21%).

It’s still a disturbing figure, but it’s a substantial drop, suggesting the government’s topped up social grants safety net has shown a measure of success.

The issue, of course, is that the grant top-ups and special grant are due to fall away at the end of this month. Given the parlous position of the rural areas – and a regression in employment despite the economy starting to open – it looks like disaster looming.

There are a couple of takeaways from the Nids-Cram survey.

First, it’s an admirable attempt to nudge government into adopting evidence-based policy, providing a clear map of where increased assistance and support is most desperately needed, and offering suggestions around longer-terms solutions to these endemic problems.

Second, as a number of the researchers make clear, is that there’s a need for some form of continued, targeted government assistance to mitigate the effects of the lockdown, and to arrest any further amplification of inequality.

It puts the government in a bind. As Spaull points out: “Now that the [grants] genie is out the bottle, it may be political suicide to try to put it back ... Every month that someone does not go hungry because they receive R350 from the government is another month they move towards becoming single-issue voters: ‘Keep the grants’.”

With elections looming next year, the ANC will be keenly aware of this.

But the issue isn’t just about the cynicism of politics and politicians’ promises. It’s about keeping intact a rapidly fraying social fabric.

Which is why it’s so important to safeguard the resources we have, and spend them wisely. And why such vanities as throwing yet more good money into a zombie airline should be resisted at all costs.

How four months wiped out 10 years of jobs growth, and created millions of new grant recipients
Features
8 months ago

1.
JUSTICE MALALA: Why did you wait till SA was on ...
Opinion / Home & Abroad
2.
BRUCE WHITFIELD: Why companies are ditching ...
Opinion
3.
SARAH BUITENDACH: Does SA have you reaching for ...
Opinion
4.
ROB ROSE: Sorry, did you say R5bn?
Opinion / Editor's Note
5.
GIULIETTA TALEVI: When Gwede called me to ...
Opinion

1.
JUSTICE MALALA: Why did you wait till SA was on ...
Opinion / Home & Abroad
2.
BRUCE WHITFIELD: Why companies are ditching ...
Opinion
3.
SARAH BUITENDACH: Does SA have you reaching for ...
Opinion
4.
ROB ROSE: Sorry, did you say R5bn?
Opinion / Editor's Note
5.
GIULIETTA TALEVI: When Gwede called me to ...
Opinion