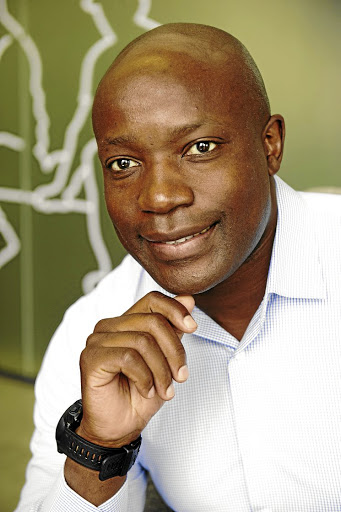 Khathutshelo "K2" Mapasa knows a thing or two about business rescue — the group CEO of Basil Read has been working to salvage the construction firm since it was placed in SA’s version of Chapter 11 bankruptcy 23 months ago. Speaking to the FM, he argues that, as in the case of SAA, many misunderstand what business rescue entails.

KM: First, I think the words "business rescue" are a misnomer. The term raises certain expectations and you probably think the business is going to be rescued. But if you read the Companies Act, there are two outcomes considered a success: either you restructure the company in such a way that it can trade again, or you wind down that business in such a way that you get a better dividend for the creditor than if you had gone into liquidation immediately.

People don’t understand that there’s two paths to this thing. So, for example, Ellerines — it’s disappeared, you don’t see it, but it went through business rescue and if you ask practitioners in the industry, they will say it was a successful rescue. I for one would advocate for that term to be changed. So it was interesting that minister [Pravin] Gordhan was pretty perturbed that the business rescue practitioners said it was an option to wind down SAA.

KM: It is obvious that he doesn’t want that outcome, but then you have to fund it. That’s another issue that we don’t understand in business rescue — the importance of having money in the form of confirmed, and I underline this word, committed post-commencement funding, and/or your own cash reserves, to be able to survive.

People look at you differently once you’ve declared business rescue. They get very nervous. In construction, the client has a contractual right — whether you’re in business rescue or not — to withhold payment. In our case, we thought we had funding coming, but it wasn’t confirmed, there was no document signed, and we waited three months

We also thought that it was an opportunity, going into business rescue, to cancel or suspend onerous contracts. I thought business rescue was a kind of legal bubble you were afforded, but it turns out that bubble is full of holes. There are a lot of legal minefields. You think you’ll be able to terminate all the contracts that are onerous … no: 99% of the time we had to work with the same clients who’d been delinquent in terms of paying us.

If there’s anything about business rescue you could change, what would it be?

KM: It’s common cause that SAA’s financial problems have been ongoing for a very long time; we had the same issue. So you’ve got to ask: why was that not addressed? If you want to talk about rescuing a company, it’s about changing the fundamental issue that got you into financial distress. The law is pretty clear: the business rescue practitioners substitute [for] management and the board in terms of decision-making. It needs to be clear that when they come in, it’s not just about publishing a plan, because that plan will fail if you don’t change the underlying reasons the business ended up in distress.

Second, SA hasn’t got a mature distressed debt industry, so it’s not helpful for me to go to the same bank to say: I need money for rescue. We need to recognise that our banks do certain things very well, but the leopard doesn’t change his spots. We need a fundamentally different market for post-commencement finance.

Business rescue is all about managing different stakeholders and getting them to a point where they are willing to leave a little, so that the bigger picture gains.

What has the experience been like for you, personally?

KM: I’ve learnt a lot from the rescue practitioners in terms of financial management, working capital management, making sure that every single cent can be stretched as far as possible. My job at the moment is about looking after construction contracts but more about chasing payment.

So you’re basically a debt collector?

KM (laughs): I never dreamt this is what I’d end up doing. I spend so much time with lawyers, taking government entities to court, just to get paid for work done. The biggest disappointment I’ve had is that our problems were caused by lack of payment or late payments by the government — 80% of our contracts were with the government. This is the same government that talks about looking after employment, and we’ve had to retrench 2,500 people. To me, there’s no congruence between what the government is saying, and what happens in reality.

Business rescue is about getting stakeholders to a point where they are willing to leave a little so the bigger picture gains.

PETER BRUCE: Does anyone have a plan for SAA?

Salga on collision course with unions as it presses ...