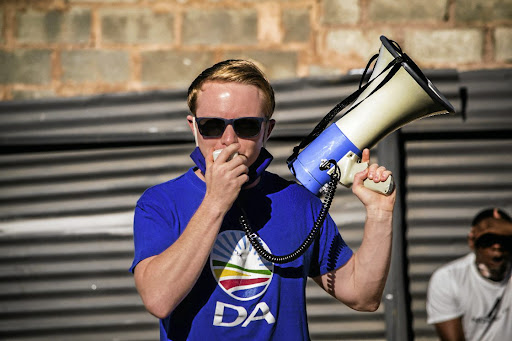 Early on in An Ordinary People, filmmaker Ernest Nkosi’s mesmerising documentary about car spinning, we meet an unforgettable character named Bradleigh "Skopas" McGregor. He is a spinner with a buzzcut and heavily inked arms, and introduces himself thus:

"It’s not that I hate white people. It’s just that black people have always been better to me." Or something like that.

It shouldn’t matter that McGregor is a white guy and that throughout the documentary he speaks only fluent Zulu. Except it does.

Cue the DA’s Chris Pappas, the uMngeni mayor-elect, whose video of him explaining how he learnt to speak fluent Zulu has gone viral. It shouldn’t matter, but it does.

The mines once used Fanakalo to communicate with workers who came from all over Southern Africa. It drew heavily on Zulu, along with a smattering of English and Afrikaans.

The language was so basic that it was estimated that workers would need no more than 15 hours of instruction to become fluent in it, no matter where they were from.

The problem with Fanakalo is not only that it is an abomination of a language but also that it is only a language of instruction. Not so much "please, may I ask you to …" as "come here now".

So to see politicians communicating with the people in their metros in their own tongue — without merely assuming that everyone should just speak English — gives me more hope than any state capture commission or fresh cabinet appointment or the sight of engineers fixing a broken water main has ever done.

Language does matter. Fixing SA means getting back to the basics, and a good start would be speaking up to people instead of talking down to them.

CAROL PATON: Is this the political realignment the DA has been waiting for?

An ANC-DA coalition is the best reflection of what voters want ... or is it?
Opinion
1 month ago
Next Article