Vaccines don’t last forever. When they reach their expiration date, the jabs need to be disposed of in a way that ensures they aren’t retrievable. A waste management company explains how this is done 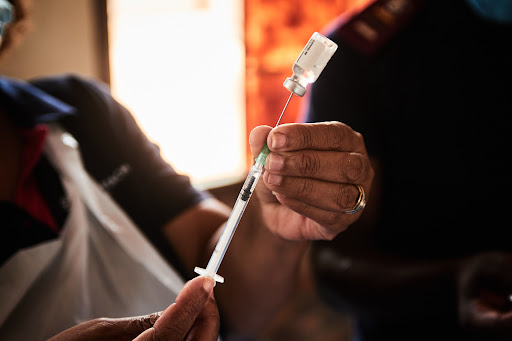 Medicines — including vaccines — are a bit like tinned food. Though they can sit in the cupboard unopened for a long time, they don’t last forever. And once they’re past their expiry date, they have to be thrown away.

At the end of September, SA will almost certainly have to deal with such a situation. The country will have to dispose of unused Pfizer Covid jabs that will have reached the end of their shelf life — and it will come at a great cost.

Each shot to be destroyed will cost the government about R166 — R160 is for buying it from Pfizer and close to R6 for extras like storage, distribution and destruction.

Health department figures show SA had about 10.3-million doses of Pfizer Covid vaccines left by May 16, but these will all expire by the end of October.

The picture looks slightly better than in April, when all the country’s Pfizer jabs would have expired by the end of July. But in May, the SA Health Products Regulatory Authority (Sahpra) extended the shelf life of the jabs from nine to 12 months (when stored at −70 °C).

But at the slow rate that these vaccines are being consumed — we used 866,010 Pfizer doses in the past four weeks — there will be a sizeable number of unused jabs by the end of October that will have to be destroyed.

It will be a massive waste — only about half of adults in SA have been immunised with one shot of vaccine. In the case of teenagers, that proportion is even lower, at 27.17%.

Here’s how vaccines will be destroyed, where the jabs are kept until then and how to calculate the cost of the destruction.

Why are our Pfizer jabs expiring this year?

SA uses Pfizer and Johnson & Johnson (J&J) jabs for Covid vaccination. They have different storage conditions and shelf lives. When stored between −25°C and −15°C, J&J shots last for two years before they expire. Once they’re thawed they can be kept in a bar fridge (2°C–8°C) for 11 months as long as it’s still within the initial two-year period. The health department says most of SA’s J&J shots will expire only in 2023.

Pfizer vaccines have shorter shelf lives and more complex storage conditions. When stored at −70°C (in special freezers), the jabs last for 12 months. Very few vaccination sites have freezers that can keep shots at −70°C, so sites mostly keep them at −20°C (this can be done in normal freezers), but jabs can only be kept frozen at this temperature for two weeks. Once the vials in which the vaccines are kept (there are six doses in each Pfizer vial) have been thawed, they have to be used within 31 days.

The 10,706,670 Pfizer shots that arrived in the country between November 2021 and February 2022 will expire at some stage this year (because their shelf life is 12 months or less, by the time they arrive). “There is a lag between the manufacture and shipping of the doses. This includes all quality control processes. So we do not get the full 12 months,” says Rob Botha, technical adviser for the department of health.

Because the uptake of Covid vaccines has been much slower than the government expected, the jabs are not used fast enough. Between July and December 2021, a million jabs were administered every seven to eight days. Between January and April 2022, it’s taken more than double that — up to 20 days — to give one million people their shots. If we work with the current rate of consumption (866,010 doses over the past four weeks), we would have used just over 5-million Pfizer jabs by the end of October, and more than half of the jabs that will have expired will still be left.

The health department says all our Pfizer jabs are kept in two central warehouses in Joburg, where they’re stored at −70°C. Each week, provinces put in orders based on sites’ needs and vaccines are then transported in special trucks at −70°C to provincial depots or, in some cases, directly to sites.

What does the expiration date mean?

The expiry date of a vaccine is a best-before date: it doesn’t mean that the vaccine will no longer work or become unsafe after this date, but rather that it might not work as well as it should once expired (this is an indication of its potency).

But, says Andy Gray, a senior lecturer in pharmacology at the University of KwaZulu-Natal, expired vaccines have to be taken out of circulation because it’s what the law requires and “we just wouldn’t know if they would [still] work [as well as they should]. So, it’s unethical to take that chance and use something which you’re uncertain of.”

The Pfizer Covid vaccine is an mRNA vaccine. mRNA, or messenger RNA, is a type of genetic material that tells the body how to make proteins, such as antibodies that fight a virus as part of the body’s immune response.

But mRNA is a delicate piece of genetic material and in the vaccine it is wrapped in a layer of fat (called a lipid nanoparticle) to help it stay intact while getting your immune system to make antibodies.

The way the vaccine is put together means it can start to break down over time while stored, explains Gray. “Any genetic material is difficult to keep in a stable form and in a particular shape.”

How do Pfizer vaccines get destroyed?

Getting rid of a vaccine doesn’t mean you throw it down the drain: it has to be destroyed according to the rules set out by the government.

The regulations of the National Health Act that apply to health-care waste say unopened Covid vaccine vials — the glass containers in which the liquid shots are packaged — are pharmaceutical waste.

Pharmaceutical waste is “drugs and medicinal chemicals that are no longer usable, have become outdated or have been stored improperly”.

SA National Standards rules and the regulations for health-care waste in the National Environmental Management: Waste Act say pharmaceutical waste has to be collected (by a contractor), stored (until there’s a big enough batch available to be taken to an incinerator), and then burnt.

Botha says disposing of Covid vaccines is “the same as for the destruction of all other medicines. Everything needs to be destroyed: the outer packaging, the vials and the contents so that nothing can get back into circulation.”

Vials that have reached their expiry date are logged on the government’s stock visibility system. This is an app for health-care workers which allows them to monitor and log their vaccine stock.

Graham du Randt, operations manager of Compass Medical Waste Services, the business that’s contracted to dispose of Covid-related medical waste in the Western Cape, explains what happens next in the process:

Du Randt says a document called a waste manifest travels with the waste all through the journey. Each person in the chain has to sign this sheet to confirm that they have done their part and  are moving the material on to the next stage of disposal, he says. This includes the transporter, the company storing the expired vaccines and the incinerating facility, from where the waste manifest is sent back to the health-care facility from where the material was originally collected. This serves as proof that the waste was correctly disposed of.

Who destroys vaccines and where does it happen?

Through tenders, each province contracts a company of its choice to destroy vaccines. Once a vaccine has expired, a site will notify the waste management company, which will then collect the expired vaccines straight from the site. In the case of smaller, temporary vaccination sites, expired vials are sent to larger facilities for storage before collection.

The health department says all provinces have already destroyed some vaccines, as reaching the end of its shelf life is not the only reason a jab could become unusable.

According to a 2021 study, things like exposure to light or incorrect storage temperatures can cause the vaccine to start breaking down. Even if the makeup of the vaccine starts to change just a little bit, how well it works can be reduced.

Because the uptake of Covid vaccines has been much slower than the government expected, the jabs are not used fast enough

How much does it cost to destroy a Pfizer dose?

The biggest loss when destroying vaccines is not the cost of the actual destruction, but rather the price paid for a jab that will now go to waste, as well as the potential health-care cost of someone who may now fall ill — or die — of a disease that could have been prevented.

Each unused Pfizer jab that has to be destroyed costs SA about R166:

(The purchase price of Pfizer vaccines we used for the above calculations is the price listed on the Unicef Vaccine Market Dashboard. The rest of the calculations are based on figures provided by the health department.)

Are vaccines waiting to be destroyed infectious?

In short: no. Unopened vials of the Covid vaccines used in SA — namely those made by J&J and Pfizer — are not classified as infectious medical waste, because they do not contain the actual virus that causes the disease, only material that gives the body instructions to make antibodies against the virus.

Why did Sahpra extend the Pfizer jabs’ expiry dates?

Because Covid vaccines have only been around for about a year and a half, manufacturers can only test if they stay stable for extended periods as time goes on — that’s why expiry dates are changing as new information becomes available, says Gray.

Vaccine manufacturers then submit the results of these tests to medicines regulators such as Sahpra, and if the regulator’s review shows that the vaccine will still work well as data showed before, they will approve an extended shelf life or less strict storage conditions.

Will we get more Pfizer jabs after October?

In his budget vote speech in May, health minister Joe Phaahla announced an additional budget of R2bn for Covid vaccines for the 2022/2023 financial year.

The head of the country’s vaccine rollout, Nicholas Crisp, says it will therefore be possible to buy more Pfizer vaccines after October, if needed, but a decision has not yet been made.

Covid figures have never captured the full extent of the pandemic, but such numbers are becoming even less useful since fewer people are testing
News & Fox
1 month ago

In this reflection on two years of Covid reporting, Mia Malan reveals lessons the news media can take forward for the next pandemic
Opinion
2 months ago

Just under a third of SA’s remaining Covid vaccines from Pfizer are set to expire by July. After that, any unused doses will have to be destroyed
Features
3 months ago
Next Article