MIKE SCHUSSLER: The burden of truth

SA has very little to show for the amount of tax its citizens hand over. You won’t hear that on budget day 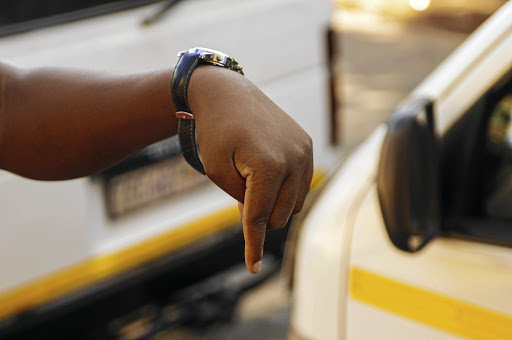 Denial is not a river in Egypt. It’s a state SA enters each year at budget time, when the headlines sing the praises of the miracle performed by the National Treasury, led by the finance minister.

The minister, in his speech, denies that government debt will surpass a certain level of GDP. He denies that SA has an increasing tax burden. There’s ululation about all pupils getting laptops, while silence or guilt surrounds the toilet problem.

Never is a word spoken about SA having the ninth-highest tax-to-GDP burden in the world. Outside parliament, many a commentator will tell us the budget was just for the rich — but those words are filled with the poverty of their own research.

The tax burden, a simple tax revenue-to-GDP calculation, is far better at telling us the actual taxes being paid in an economy than a comparison of tax rates. Tax rates often have deductions and exemptions, so to compare countries or periods it is better to compare the actual taxes collected rather than the headline tax rates.

SA has the 12th-largest personal income tax burden in the world and the ninth-highest company income tax burden. That refrain of “white monopoly capital” would be far less threatening if this fact were in a headline a few times.

In terms of total indirect taxes (VAT, fuel and sin taxes), SA ranks 77th on the UN University World Institute for Development Economics Research government revenue data set. So it’s pretty much in the middle, though with the VAT rate having increased, SA will also rank higher for this burden in a year or two.

There is very little room to tax more without more capital and skills getting onto planes to find new homes.

No budget speech will tell you that SA citizens are among the most taxed in the world. Telling people how much they pay for the little they get is not a known political point-scoring trick.

Little to show for the tax burden

The headlines don’t tell you of the astounding poverty of outcomes given the high tax burden.

On international school assessments, SA comes second-last while Scandinavian countries lead the way. A reason is that Northern Europe has a ratio of 14 pupils to one teacher. SA’s is 32, while the world average is 24.

In SA, if you want your child to have the world-average number of classmates you have to pay extra. This happens to bring down the teacher ratio from 34 to 32, but the budget doesn’t thank parents who pay extra. School fees are a tax on those who care and who can pay, but this is never mentioned in the budget.

Only about 40% of our children complete school within 13 years of starting. In developed countries, it is often more than 90%. Most emerging-market peers have 60%-plus school completion rates.

SA has a high crime rate and low conviction rates. Suburban taxpayers flock to private security companies, and community policing forums patrol the streets at night. Murder and sexual violence rates are among the highest in the world, while the burglary rate is also inside the top 30.

From 2012 to 2016, the average developed country government spent 3.5% of GDP on infrastructure. SA managed 3.2%. This number leaves out the corruption that robs us of massive chunks of capital spending.

Many developing country governments spend more than 5% of GDP on economic infrastructure and have far lower tax burdens. Ever hear the government say that the high tax burden results in half the global average of doctors per 1,000 people? That would not catch too many votes, I guess.

After each budget presentation, the clever folk tell us how well the minister fared. But the façade is wearing thin. The public is hurt by load-shedding while paying five times more for the same power; people notice their take-home pay doesn’t keep the grocery trolley quite as full as before.

SA has come to the end of the road. The hole that is government spending can no longer be filled with more taxes — it needs to be plugged.

Denial is often followed by acceptance if the reality of the choices is understood.

• Schussler, an economist, is the founder of research house Economists.co.za