EDITORIAL: After Mkhwebane, how about the rest?

Do we really have to wait for the Godot-like NPA? There are other ways, besides the courts, to hold people to account 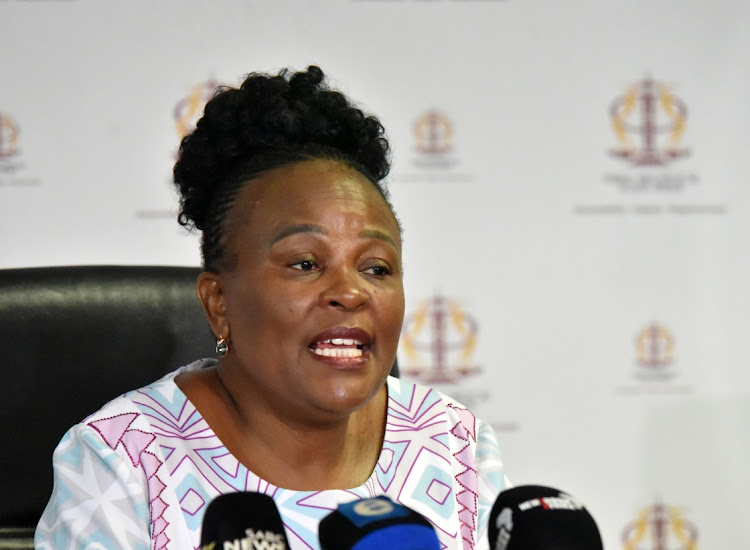 The likely suspension of public protector Busisiwe Mkhwebane by President Cyril Ramaphosa may seem significant, but it also highlights how much has not been done to fix a country ruined by corruption. Whether Mkhwebane’s dubious actions in office are shown to be the result of rank professional naivete or something more sinister will emerge in an investigation by parliament. In the big picture, though, it’s a minor skirmish.

The Tyrannosaurus rex in the room is that the undoubted state capturers, the really big criminals, remain at large. There is huge frustration with the slowness of the National Prosecuting Authority (NPA) in charging them. Their fingerprints are everywhere, and the land is strewn with smoking guns. They might as well be walking around like cartoon gangsters in striped rugby jerseys, wearing Zorro masks and carrying sacks full of cash.

What is so difficult about this?

On procurement and tenders, our Prevention & Combating of Corrupt Activities Act makes it clear that anyone who "directly or indirectly accepts or agrees" to accept a "gratification" to influence a tender process is guilty of an offence. And section 34 says that "any person who holds a position of authority who knows, or ought reasonably to have known or suspected, that any other person has committed an offence" involving more than R100,000 must report this to the authorities. Failure to do so is also a criminal offence.

Penalties can extend to life imprisonment, but there’s a minimum of 15 years in prison for a first offender, if the amount exceeds R500,000.

The scope of these laws is broad, and the financial hurdle rates for the crime to "qualify" are laughably low. So, surely there is huge opportunity for prosecutions, given the hard evidence from the Zondo commission, among others?

The NPA has spoken of needing time to digest the Zondo findings, but none of this should have been a surprise to it. And what of the Nugent inquiry into abuses at the SA Revenue Service? It recommended in 2018 that several high-profile prosecutions be considered.

But do we have to wait for the Godot-like NPA at all? As the Mkhwebane example reminds us, there are other ways, besides the courts, to hold people to account: political, executive and administrative remedies that are highly effective but which have fallen into disuse.

The ANC itself, as a political party, is entitled to remove, expel, "redeploy" or discipline its members who are employed in government. The president is also constitutionally empowered to dismiss ministers, deputy ministers and directors-general without resorting to explanations or HR processes.

The national government can intervene directly in provinces and suspend incompetent and corrupt officials. Administratively, the public service and state-owned companies have many remedies available under normal HR processes. Employees can be dismissed on prima facie or balance-of- probabilities evidence, or at least suspended.

So why is the government not using these routes? Could it be that there are too many people complicit in corruption, making it impossible? And, as a result, is there a lack of presidential will, based on a shrewd calculation of the numbers needed to win at the next ANC elective conference?