GIULIETTA TALEVI: What’s behind the rise and rise of cryptocurrencies 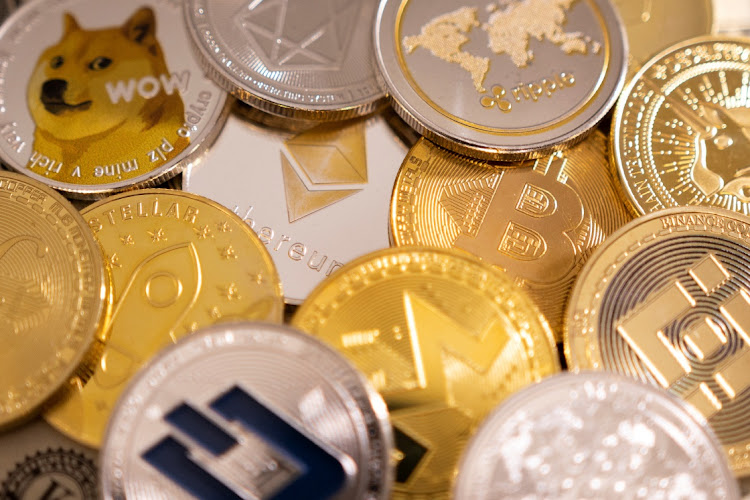 The ructions that we’ve seen in the world’s stock and cryptocurrency markets over the past two weeks probably come as little surprise to the authors of The End of Money, a truly gripping – and at times terrifying – read, released late last year by authors David Buckham, Robyn Wilkinson and Christiaan Straeuli.

Much of the extreme volatility experienced this week – the JSE, for example, plunged more than 3% on Monday and dropped again on Tuesday before rallying on Wednesday – is due to nervousness over how many rate hikes the mighty US Federal Reserve will have to implement this year to contain rampant US inflation. (That’s in addition to the withdrawal of the monetary heroin it’s fed markets since the start of the pandemic in 2020; that is, the end of its bond market purchases, which are set to begin in March.)

While punters were quick to pounce on Fed chair Jay Powell’s refusal on Wednesday night to say whether a rate hike will be implemented at each of its committee meetings this year, his assertion that “it is not possible to predict with confidence what path for rates will prove appropriate” but that his team would be “humble and nimble” towards the incoming data seemed reasonable. But US markets erased all their gains during the 25 or so minutes Powell answered questions, which seems a bit petulant considering that everyone expected the Fed to start hiking rates in March anyway.

Still, Buckham tells the FM, “we think the Fed has gone mad”.

Buckham is specifically referring to the unprecedented increase in the size of the Fed’s balance sheet in the years since the global financial crisis of 2008, when US and other monetary authorities flooded the world with liquidity to drive down interest rates and help businesses and individuals out of the wreckage created by the US subprime lending crisis.

The Fed’s balance sheet now sits at an incredible $9-trillion, from less than $1-trillion in 2004, and the End of Money authors argue that the Fed has created a system “that has become addicted to monetary stimulus”.

It is a key factor in the bull market we have enjoyed for well over a decade now. It is also, in the view of the book’s authors, one of the main factors behind the rise and rise of cryptocurrencies.

The discussion on crypto is one of the central themes in the book; namely, the argument that the world has lost a dangerous amount of trust in fiat money and banking institutions – contributing to the end of money as we know it.

Buckham, who majored in maths, says he’s not changed his view on crypto at all. “It’s a really stupid idea which has been stolen from cryptography.”

“I think the acolytes of bitcoin and the zealots of crypto are cult-like, where there is zero tolerance for argumentation. But that $2-trillion market only exists because of the ridiculous excess money that has been created by the Federal Reserve, so all of this is only happening because of very poor macroeconomic policy,” he argues.

The authors describe the cryptocurrency mania as “a dangerous idea” that will only “accelerate chaos and disorder”.

“There are now thousands of different money replicants in circulation that are not backed by binding government declarations but rather by essentially pointless, never-ending mathematical problems.”

Buckham says: “That’s all a decentralised ledger is: thousands of people around the world using their computers to validate a set of transactions, called a block, by encapsulating it in a cryptographic problem. They’re solving a problem whose answers we already know. It’s offensive to the human condition to waste energy and it’s equivalent to throwing trust out of the window.” 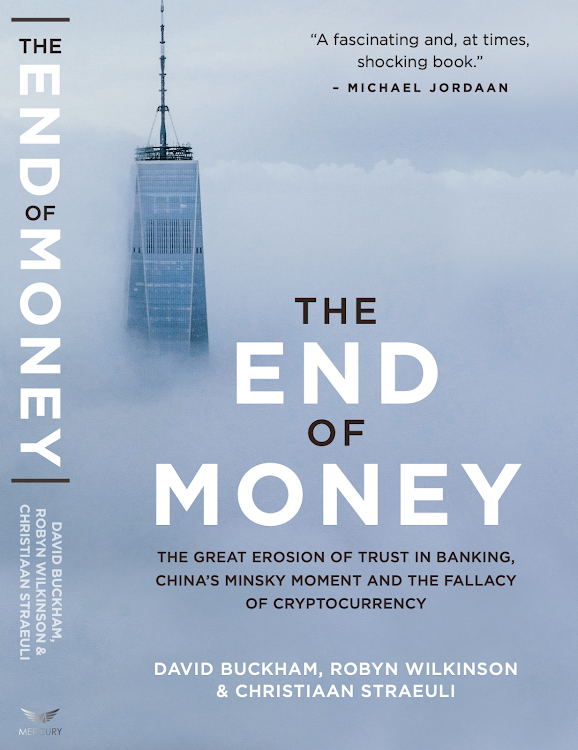 The authors write that cryptocurrencies “pose a grave risk to our functional societies. Countercultural and intrinsically antisocial, cryptocurrencies have encouraged a growing contingent of the public to consciously choose chaos over order, to dispense with global institutions in favour of what has become known as peer-to-peer transactions, cutting out the intermediary – the entire banking system – in favour of a world in which we need never trust each other again.”

You can just imagine how well that’s gone down with the crypto bulls.

Of course, for those still appalled by the banking excesses of the financial crisis, which sparked a massive economic downturn, the loss of faith in this system – imperfect as it is – may seem no great tragedy. (Only Iceland ever had the nerve to jail any bankers at all.)

Until you consider that banking has, in fact, been critical to human progress.

“As a global industry, banking today makes possible international trade – essential to lifting entire nations out of obscurity and deterring violent appropriation of land and resources – and encourages multilateral diplomacy over protracted conflict,” the authors write.

Buckham tells the FM that “it is a very sad state of the world where it’s in vogue to encourage the idea that the formal banking system is useless. It’s like people saying the police are corrupt but you’ll still phone them if someone comes over your wall.”

The authors persuasively argue the point that this erosion of trust in formal financial systems is linked to the fragmentation of democracy and liberalism.

They also, equally persuasively, dissect the incredible growth of the Chinese banking system, where assets have reached a truly eye-popping $49-trillion – vastly outpacing the growth of any other banking system in the world.

It was research into what was going on in China that became the genesis for the book, and the chapters on China and its ferocious growth quest make for fascinating reading.

If you’re nervous about the Fed, you’ll probably need a few soothing libations when you start reading about the true health of China’s hugely indebted economy, not to mention the “Orwellian” regulations Chinese leaders are reverting to in order to reimpose some order on their out-of-control economic revolution.

While this may sound rather technical, The End of Money really isn’t. It’s lucid and thorough, and should be essential reading for anyone interested in financial markets – from novice investor to professional.

As for how this plays out in the stock, bond, and crypto markets, the swings we’ve seen in the past few days are probably a hint. Buckle up!

The End of Money is published by Mercury

*Talevi is editor of the FM’s Money & Investing section

The crypto market is increasingly being characterised by big investors, rather than smaller retail players who drove its early movements
Markets
3 months ago

ANDREW PRIOR: Should I join the faithful and bend the knee at the enticing crypto altar?

Believers preach a gospel to those who value financial freedom, but it is suitable only for speculators
Opinion
3 months ago

CHRIS ROPER: The NFT emperor has no clothes

NFTs are all the rage. While they’ve democratised the process of making art for profit, there’s no accounting for taste — or rational determination ...
Opinion
3 months ago
Next Article