And while the rest of us can only dream about fine wine, there is some good news for SA’s cabals of copper thieves 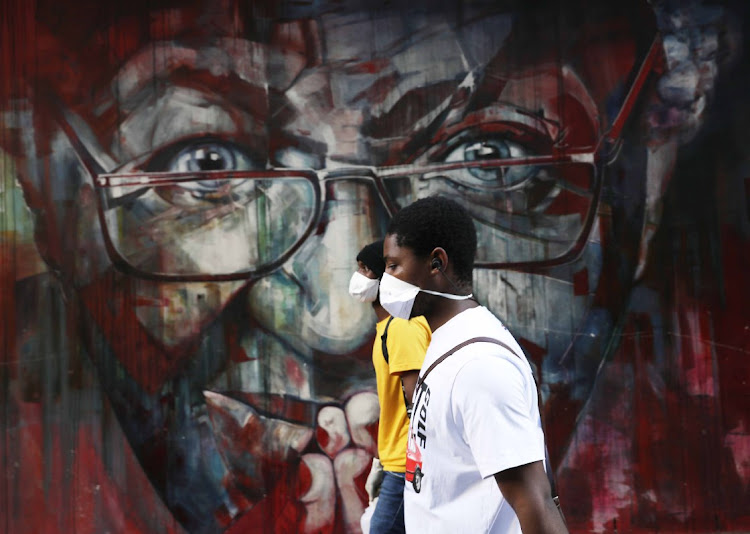 Is it time to stop panicking about this pandemic?

Globally, the media, including our own, continues to fixate on the headline number of cases, but not as much coverage is given to what the death rates or hospitalisation numbers will look like in any “second wave”.

Many are arguing that Europe may soon become overwhelmed again by this resurgence in Covid-19, but this isn’t borne out, just yet, by the reality: while the number of beds in wards set aside for Covid cases are filling up, they represent only a fraction of the actual ward capacity available in most hospitals at the moment.

As the Financial Times writes here, the second wave may be far less lethal than the first.

“While coronavirus infections have been surging again across Europe since late summer, the chances of surviving the respiratory disease seem to have improved from the first phase of the outbreak,” it says.

Western European countries are reporting much smaller per capita death rates in this “second wave” than during spring, according to Mark Woolhouse, professor of infectious disease epidemiology at the University of Edinburgh.

The FT writes: “The falling ‘case fatality rate’ — deaths as a proportion of confirmed cases — can be explained partly by increased testing, which reveals more infections, and by the fact that a higher percentage of people with Covid-19 today are young and less likely to become severely ill than patients in the spring. But even patients admitted to critical care are more likely to survive now than their counterparts earlier in the pandemic.”

Which is at least some good news in the raging epidemic of negativity.

Yet it is this prospect of a resurgence in Covid-19 that has put a damper on the markets. It’s been a slowish week globally — with the notable exception of the copper price. Again, the FT does a pretty good job explaining why that is.

Known as the “green” metal, because it’s seen as “one of the key ways for investors to gain exposure to a rollout of more wind, solar, batteries and electric cars, due to the metal’s use in electric wiring”, it is having a bonanza year.

That’ll be great news for SA’s cabals of copper thieves, at least.

The rest of us are battling through and probably aren’t going to be buying any fabulous French grand cru wines anytime soon — unless you’re in the PPE market, say.

But, if you’ve recently made a few million on a PPE contract, for example, and can still afford it, take a gander at this New York Times article about how top vintage wine prices — once available to aspirant middle-class wine drinkers, with a few sacrifices — are now only available to the very wealthy.

Eric Asimov writes that only the rich can now afford Burgundy grand cru: “That wasn’t always the case. For example, back in 1994, a bottle of Comte Georges de Vogüé Musigny 1991, a grand cru, retailed for $80 (the equivalent of $141 in 2020, accounting for inflation). Today, that bottle costs about $800.”

Sigh. And if you haven’t yet, you’ll probably enjoy watching the Netflix film Sour Grapes, about the increasingly ludicrous world of high-end wine, exploited to astonishing effect by fraudster Rudy Kurniawan.

But perhaps the pandemic pageant winners have had their moment in the sun, and are now due for a fall
Opinion
8 months ago

GIULIETTA TALEVI: Why the markets will remain in a Trump storm for the next 27 days

Perhaps the most worrying implication for sober-minded investors trying to gauge the mood of an erratic president is that markets are intravenously ...
Opinion
8 months ago

What was a moribund coastal property market just a few months ago is, apparently, now booming
Opinion
9 months ago
Next Article