Who Killed Garrett Phillips? True crime doccies to add to your watchlist 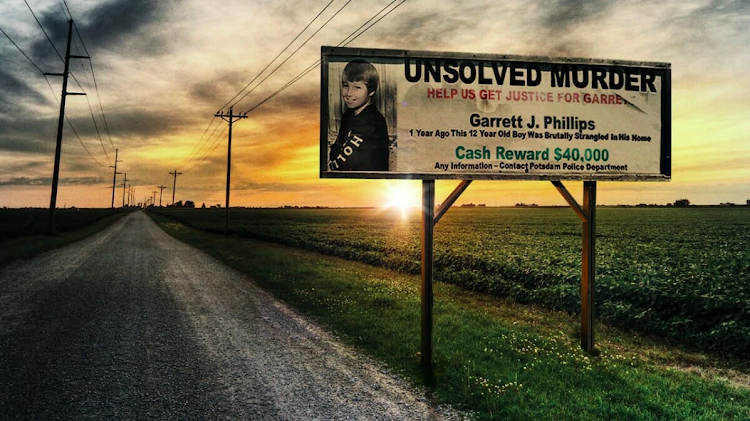 Some crimes grab the headlines and shake a nation, or the entire world.

These true crime documentaries get to the heart of cases you will never forget.

In October 2011 in Potsdam, New York, 12-year-old Garrett Phillips is found strangled to death in his home. The investigation into his murder quickly finds a suspect in Nick Hillary, Garrett's mother Tandy’s ex-boyfriend.

Here’s an important detail: Nick is black; and Potsdam is a predominantly white town.

This two-part HBO documentary by Liz Garbus features interviews with Nick, with Garrett's family members, with Tandy’s friends, members of the legal teams involved in the case, two district attorneys, and the journalists who followed the investigation from the very beginning.

It’s as much a look into a horrific crime that shook a community as it is into the flaws in a criminal justice system that wants to put a suspect behind bars, whether they're guilty or not, more than it wants to solve a murder.

I Love You, Now Die: The Commonwealth vs Michelle Carter

On July 13 2014, 18-year-old Conrad Roy committed suicide by gassing himself in his pickup truck. Months later, his self-styled girlfriend, Michelle Carter (17 at the time of the incident), was arrested for encouraging him to take his own life through hundreds of texts sent in the months before he died.

The pair met on holiday, and communicated almost entirely via text and social media. As police combed through their communication, a chilling picture emerged - she had repeatedly tried to convince Roy to go through with his plans to commit suicide. What clinched Carter's conviction, however, was the fact that she admitted she told Roy to get back in his truck when he wavered, an instruction that resulted in his death.

This HBO documentary is new, and the case is still ongoing. Carter recently announced she’s taking her appeal to the Supreme Court. Her lawyers argue that her text messages constitute free speech, protected by the US constitution.

The film is directed by Erin Lee Carr, who was also behind HBO’s Mommy Dead and Dearest. That documentary followed the story of Gypsy Blanchard, a teen who instructed her online lover to murder her mother after years of abuse.

Murder is always a shocking crime, but when it happens in a close-knit community, it’s even tougher to deal with. Each hour-long episode of Murder Comes to Town focuses on murders that have rocked small-town America, interviewing those closest to the victim, the investigators, police and the townspeople.

Watch episodes on DStv Now, available to watch online or on Catch Up until September 30.

Two years ago, on April 20 2017, two white men allegedly caught 16-year-old Matlhomola Moshoeu stealing sunflowers on a farm. They claimed he jumped off the back of their bakkie and broke his neck on the way to the police station, but an eye witness says Matlhomola was pushed. On that day, everything changed in the small town of Coligny, South Africa. This is the harrowing story of this tragedy.

True crime aficionados love a good mystery, and The Perfect Murder explores plot twists within plot twists. Take the real-life story of the Orlando mother who went missing 15 years after her husband left her. Is it possible that he came back to take revenge or has she pulled a disappearing act after claiming his social security payouts all these years. None of these cases are as cut and dried as they seem.

How to get DStv Now

DStv subscribers can sign up for DStv Now at no extra cost. Go to now.dstv.com to register and start streaming.

How to get Showmax

Sign up for a 14-day free trial at Showmax.com. Thereafter, access to a ton of local and international series, movies and documentaries costs just R99 per month.

DStv Premium subscribers get Showmax at no extra cost - visit the website to sign up. DStv Compact and Compact Plus subscribers can add Showmax to their subscription for just R49pm.

This article was paid for by Showmax

Just 2% GDP growth may be good enough for investors

POLITICAL WEEK AHEAD: ANC to give its response to Ace ...

PETER ATTARD MONTALTO: Recovery needs to be fast and ...