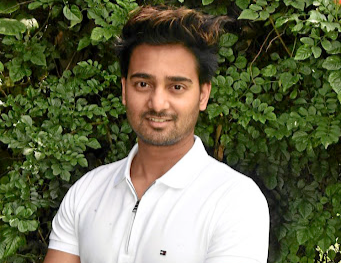 Obins Choudhary is the very antithesis of a grease-stained mechanic who could give you trusted advice on the state of a car you plan to buy. In his interview with the FM this former banker wore a crisp white shirt that would have run a mile at the smell of an oil rag if it could.

Yet, like a hard-working mechanic, Choudhary needed to sandwich our interview between meetings in a workday that could go north of 16 hours. Mechanics often need to spend almost as much time listening to a customer, explaining the workings of the internal combustion engine, drive shafts, radiators and the like.

Choudhary is a bit like that: he and his team have developed an app that will assess the wheels you want to buy – all without the grease. A mechanic deals with spanners and wrenches, Choudhary with data.

Choudhary is a self-professed data geek. "I believe in data," he says. "I crunch data. I function better with data in my personal and professional life. It gives me power to be different, to create uniqueness." He has turned his obsession into a business.

In 2019 he, along with co-founder Chander Prakash, created Carscan, a mobile app that uses machine learning and computer vision to give an immediate diagnosis of a vehicle’s health.

Choudhary’s path to becoming CEO of a potentially industry-changing company has come with challenges. He grew up in Hajipur in northern India, where access to schooling, and even to electricity, was limited.

Education came, at first, largely from his father, who would sit his eight-year-old son behind the counter of the family’s photographic shop to haggle with customers.

But Choudhary’s ambitions were already outgrowing his environment. "When I was a child, people would ask me what I wanted to be when I grew up. I would say I wanted to be Bill Gates. I didn’t even know he was the CEO of Microsoft. All I knew was that I wanted to build the biggest brand in the world. I guess that’s where it all started."

It was these aspirations that caused him, after having studied electronics and telecommunications at SRM University in Chennai, to move to Joburg in 2011. He had accepted a position as an actuarial engineer for Liberty Holdings. Moving to another country to work in life insurance was a risk, but Choudhary has always "been focused on the bigger vision", and the thought of failure, he says, never worried him.

The gamble certainly brought rewards. In 2015, Barclays Africa headhunted Choudhary to work in its in-house team of data scientists. It was here, while observing the automotive industry, that the idea for Carscan began to grow.

"You will find fitness apps on every phone. Everyone wants one. What about the fitness of one of the most expensive assets that you have bought, your car? So that’s where we started."

The idea again ignited what he calls his "risk appetite". He realised that such a project would require total dedication. Soon he left his lucrative, secure job at Barclays to "build something big".

Choudhary has a methodical, data-driven style. The Carscan team developed the app by consulting a range of businesses, from local dealerships to dent-and-scratch repair shops. But the initial reception was underwhelming.

"People would do transactions on a car mostly in person, for reasons of trust. For them to do it digitally required behavioural change. But most importantly, it sounded insane, it looked crazy," Choudhary says. But he and his team persevered.

They were aided by Covid restrictions that prevented potential buyers from looking at a car to buy and, literally, kick its tyres.

The company has since expanded to India, Ghana, Nigeria and Kenya, with Australia and Europe next on the horizon.

It is clear from its website that the company shares Choudhary’s ambitious drive; the phrase "disrupt the global vehicle inspection industry" is written boldly across the screen. Ask the man himself what he sees in the company’s future, and he mentions "electric vehicles" and "drone taxis".

It’s clear that for this risk-taking data geek, lifting his foot off the accelerator is not an option.

As a child of farm workers in the Western Cape, he dreamt of buying his own farm. Now that he has done this, he has not stopped dreaming
News & Fox
3 months ago

Taking the -ologies online has helped this business progress from a ‘print mentality’ through apps to a free, altruistic health-care channel
News & Fox
3 months ago

He does not see himself as an entrepreneur, but the business he founded to develop people helps blue-chip firms, and keeps growing
News & Fox
10 months ago
Next Article