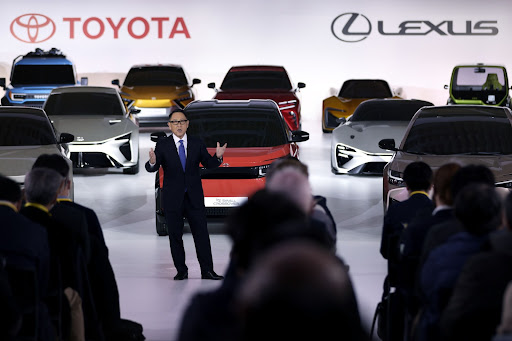 Toyota, with 2.3-million sales, has toppled General Motors (2.2-million) as the top carmaker in the US for 2021, the first time a manufacturer from outside the US has done this. And it can thank an earthquake and a tsunami.

Most carmakers in the US suffered from a severe shortage of computer chips that forced factories to lie idle at times. Toyota, meanwhile, had stockpiled parts and chips after the earthquake and tsunami in Japan knocked out production in 2011. It wasn’t going to let that happen again.

Elephants killed 72 people in Zimbabwe last year, according to an interview by News24 with Tinashe Farawo of the Zimbabwe Parks & Wildlife Management Authority.

Among the first victims were a mother and her three-month-old child, who were trampled to death in the Chipinge area in southeastern Manicaland near a game park.

Zimbabwe has about 100,000 elephants but room for only 45,000. Elephants accounted for 90% of people killed by animals, the other 10% being by buffaloes, lions and hyenas.

One of SA rugby’s most feared, and favourite, opponents says his sons want to play for the Springboks.

In an interview with UK website Ruck, Sonny Bill Williams says the boys, Zaid, 3, and Essa, 2, prefer the Boks to dad’s All Blacks. If the lads are to turn out as gifted as their old man, SA Rugby would be advised to get them signed up soon — before they change their minds. Williams, 36, and his SA-born wife, Alana Raffie, were married in 2013, have made Cape Town their second home, and have four children, including daughters Iman and Aisha.

Toyota, BMW and Mercedes have remained a consistent trio on the podium for four years
Life
5 months ago
Next Article