A focus on the needs of the public sector 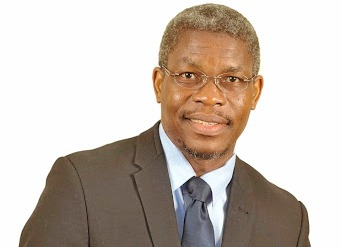 A year after welcoming its first cohort of MBA students, Durban University of Technology (DUT) business school will officially open its doors next month (August). Fulu Netswera, dean of the university’s faculty of management sciences, hopes the school will eventually have its own campus but, for the immediate future, it will operate out of a university building opposite Durban’s Scottsville racecourse.

Netswera says the school has identified Umhlanga as a possible future base, but land and development costs have put plans on hold. The fact that the school’s academic and executive education programmes, like those of other schools, are predominantly online because of Covid, reduces the pressure. “We may reset back to some physical classroom teaching in 2023,” says Netswera.

Executive education is still a work in progress. When he arrived at DUT in 2020 from North West University business school, programmes were managed by a business studies unit elsewhere in the university. The business school has since taken over responsibility.

Growth has been slow but steady. Netswera believes there is a pronounced need for management and leadership training in the public sector, and the school is talking to the eThekwini (Durban) and Msunduzi (Pietermaritzburg) municipalities, among others.

Because the school only recently assumed responsibility for executive education, Netswera says it starts with no preconceived ideas. “Effectively, we are starting almost from scratch. It will take time to raise our profile but we will be aggressive in the market.”

The school, Netswera says, has appointed 10 academics to fuel its teaching depth and has budget for more. “The university is very serious and ambitious for this school,” he says.

Some employees are frightened of returning to work after Covid. Others simply don’t like the way their employer does business. It takes a special ...
Features
3 weeks ago

As some schools get new leadership, others are just beginning the search. Some are changing strategic focus, while others are making more physical ...
Features
3 weeks ago

The worst is over, says DUT’s Fulu Netswera

After a difficult start, Fulu Netswera is bullish about the future at DUT
Features
10 months ago
Next Article