Another day, another crisis

But that’s no problem for South Africans, says Kobus Jonker, director of the Tshwane School for Business and Society 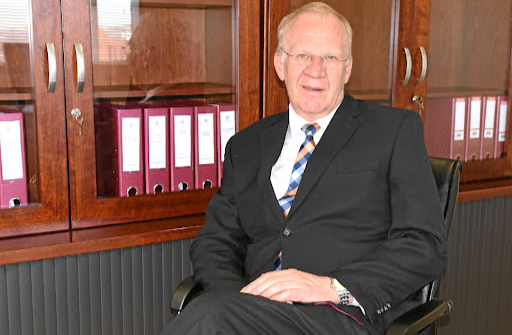 Who would you rather have beside you in a crisis: a German or a South African? Ask a German and he’ll probably nominate a South African, says Kobus Jonker, director of the Tshwane School for Business and Society.

“Those I’ve spoken to say South Africans do well in a crisis because things here go wrong all the time. Another day, another problem. We’re used to it. Germans like things to be predetermined and predictable.”

Whether those Germans are simply playing up to their national stereotype is hard to tell, but there’s no doubt everyday SA life is unpredictable.

After two years of Covid-induced change, Jonker, whose school is part of the Tshwane University of Technology, says the business education world “has changed for ever”. Still, he wouldn’t mind some semblance of past normality. He recently organised a workshop for academics and school staff so they can learn to interact with one another again.“

After working from home for so long, many people have lost their social cohesion. I don’t know if it’s temporary, but there has to be a focus on social skills. It’s definitely something we have lost.”

That’s not all he’s looking for. The school needs a new headquarters. Its current building, in a rundown part of Tshwane city centre, is in need of repair and no longer fit for purpose, particularly for an up-and-coming business school. Options include a Hatfield building with a nearby hotel offering accommodation to the students the school expects to attract as it grows.

Jonker hopes growth will entitle the school to become a separate university faculty – a process he says could take up to five years, allowing the school to grow into the role first by increasing academic depth and teaching capacity.

The first steps have been taken. New academic posts are being filled and the school is expanding its executive education reach, particularly into the motor industry and agribusiness.

The former is an obvious target, given the presence in and around Tshwane of three major vehicle manufacturers and dozens of smaller automotive companies.

When it comes to agribusiness, Jonker says the school wants to place more management emphasis on small-scale farming.

“There is a perception in SA that only traditional, large-scale commercial farming can work,” he says. “That’s not the case. There are successful small farmers elsewhere in Africa. In Nigeria, for example, small farmers share tractors so they can share the cost.

“The farming conversation should be on growth and production, not size. We need to find new ways to achieve that. If we, as a school, can instil the knowledge and skills to make it happen, that is in everyone’s interest.”

Some employees are frightened of returning to work after Covid. Others simply don’t like the way their employer does business. It takes a special ...
Features
2 weeks ago

As some schools get new leadership, others are just beginning the search. Some are changing strategic focus, while others are making more physical ...
Features
2 weeks ago

Tshwane School for Business & Society: Creating its own identity