Nothing compares to the extreme thunderstorms that roll over the highveld during the summer. It’s beautiful — and deadly. Wits scientists are studying the phenomenon to see how we can protect property and human life 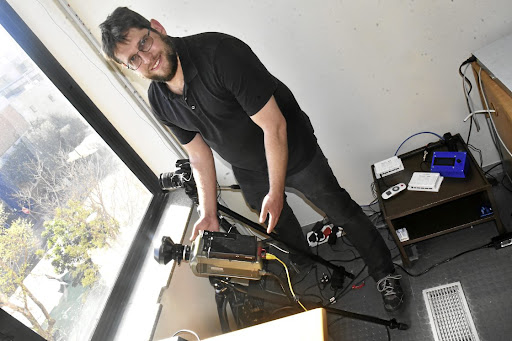 Lashed by its epic annual lightning storms, Joburg is the ideal place to study this natural phenomenon.

And Hugh Hunt, senior lecturer at the School of Electrical & Information Engineering at Wits University, aims to turn Joburg into an actual laboratory.

Hunt, who grew up in the city and went to Greenside High, says he "got stuck" at Wits after vacation work there. "I am one of those people a colleague talks about: all the bad students stay around, do postgraduate [degrees] and become lecturers. Real engineering students go off and actually become engineers."

Hunt got a sense of what it was like to be in the postgraduate school rather than just an undergraduate doing a degree. "I went on to complete my master’s with Prof Ken Nixon, and then worked with Prof Ian Jandrell, who is now the deputy vice-chancellor, back in the early 1990s.

"I almost feel like I was a product of [Jandrell’s] supervision at Wits Lightning Research. I did my master’s, chatted to the school about staying on as a lecturer and signed up to do my PhD at the same time. I’ve been here at Wits ever since. The academic lifestyle suited me.

"Johannesburg is built in this high-up region, which is one of the reasons we have so much lightning but it’s also why SA is one of the biggest contributors to lightning research.

"The first name you’ll always come across in research is Benjamin Franklin and that goes back to [the middle of the 18th century]. But really the next major breakthrough was in the 1920s/1930s by Sir Basil Schonland, here at Wits. He’s famous for a couple of reasons. One is his lightning research. The other is radar development.

"[Schonland] developed a camera that allowed them to try to essentially slow down lightning, so that was the first time they really figured out lightning, when they photographed the lightning process."

SA’s contribution to lightning research is huge, says Hunt. Research on lightning around the world takes place in controlled environments and laboratories where the effects of lightning are simulated or approximated. The achievable distances that lightning travels from the clouds to the ground means that generating and studying real lightning in a high-voltage laboratory is impossible. 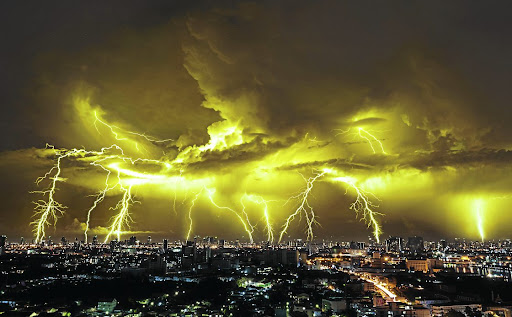 There’s no perfect lightning protection system and there are always refinements to be made, says Hunt. "It comes down to understanding the physics. We want to understand the physics as scientists. That filters back into how do you actually develop systems that protect properly from lightning, particularly large infrastructure sites such as solar plants and other alternative energy installations.

"Solar plants cover quite a big area and conventional ways of protecting the plants are ineffective. There are all these little things that we haven’t quite learnt about how solar panels work, and how to protect them properly against lightning."

While some research shifts towards effective protection of infrastructure, it is important to study lightning behaviour, he says.

"Weather services try to measure all the lightning across the country, so we’ve set up a system that can measure the whole waveform and how the current behaves. That tells you what happened and the electrical effect during a certain lightning storm.

"We then take that and correlate it with a video.

"By filming the whole event with high-speed cameras, we can see what’s happening visually. Along with the electrical measurement, it really helps us understand what’s going on.

"There’s also an economic cost associated with lightning and, going back to industry being in the middle of an area where you get quite a lot of lightning, it does cause damage, and those costs rack up."

While the cost to the economy is important, there’s also loss of life to consider. According to the SA Weather Service, about 260 people are killed by lightning in SA each year.

"Obviously, we want to protect against costs and damages but we also want to protect people, so understanding, tracking and measuring lightning is important," says Hunt.

EU will make it compulsory for all smartphones and tablets as well as electronic kit, portable speakers and certain headphones sold in the EU to use ...
News & Fox
10 months ago
Next Article