XHANTI PAYI: The only certainty is uncertainty

SA has entered a period of economic unpredictability and labour instability. How should business navigate this? 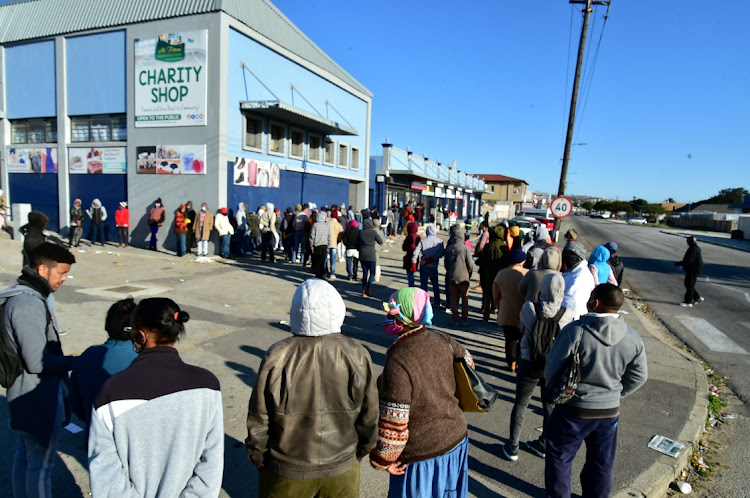 During his presentation of the monetary policy statement last month, Reserve Bank governor Lesetja Kganyago  said: “Economic and financial conditions are expected to remain more volatile for the foreseeable future.”

This can be understood within the context of global political events, including the conflict between Russia and Ukraine, which has driven up food and energy prices. But was the governor telling us something new? Was this anything different from what he and his peers have been saying for years?

Economic and financial uncertainty have been with us since the global financial crisis. And, as many commentators have tried to emphasise, the “new normal” we’re living is all about uncertainty.

On a practical level, though, what does it mean for wages if the cost of living continues to rise?

Stats SA’s most recent report on inflation reveals that prices were up 7.4% in June compared with the same time last year. And, since the announcement of the lockdown in 2020, prices have risen nearly 16%. Then factor in the effect of Covid on the workforce: almost 2-million jobs that were  lost as a result of the lockdown have yet to be recovered, household incomes remain low and take-home pay is still depressed.

According to BankservAfrica, incomes are at a multiyear low — the result of “the dismal economic environment and the impact of inflation”, Shergeran Naidoo, BankservAfrica’s head of stakeholder engagement, told news site BusinessTech. The organisation’s take-home pay index shows the average nominal salary is down from  R15,570 in February to R14,600 in June 2022.

So it’s clear that employment and worker conditions are dire. Could things get worse?

Within the labour space, it’s been hard to ignore the ructions in the National Union of Metalworkers of SA (Numsa). The union is the largest labour formation in SA, with about 290,000 workers under its banner. Still, its membership is down about 15% over the past five years.

A declining labour formation in an uncertain environment could spell trouble in the broader system. As analyst Terry Bell writes for Daily Maverick, “unions, for all their faults, are fundamentally democratic organisations, their members embedded in communities”.

So, in one sense, the conflict in Numsa may be a reflection of the disquiet in its members’ communities. In another, the union’s troubles could be affecting those communities.

Whatever the causal direction, the signal being sent is that we are in an uncertain time of socioeconomic conditions and institutional structures coming apart.

We’ve seen this before in SA — many times, and especially in the mining sector. Consider the Marikana tragedy, for example: it began as a call for a rise in wages but also as a challenge between rival unions for representation and bargaining rights.

Similarly, Numsa’s internal battles will likely coalesce around higher wages for workers as the cost of living escalates.

This kind of uncertainty in the economy and instability in labour formations and communities can have a drastic effect on a fragile economy.

For a long time, there’s been talk of a social compact in SA. But this can only be negotiated by parties that are coherent within themselves; unstable formations cannot negotiate a stable settlement.

So what should business be doing in this environment? It’s an important question, because business leaders in SA have often outsourced labour relations to unions. Instead of understanding workers as part of the factors of production they need to manage through their own strategic plans, business leaders often assume them to be exogenous.

That time is over. The decline in union membership, coupled with tensions in SA’s biggest union, set the stage for a gap in labour relations. Business leaders need to plan for this.

One way is to reorganise how companies relate to workers. This is not so much to undermine organised labour as to engage with the workforce in a way that cushions the fallout from uncertainty and thereby avoids the kind of escalation we saw in Marikana.

Companies could also put in place support mechanisms for workers. Transport and food costs, for example, account for the largest portion of worker expenditure, with transport eating  up as much as a third of total earnings. Could employers look at creative ways to engage with workers  about transport to alleviate the rising costs and, therefore, the need for higher earnings?

There will be no easy answers. But what is clear is that we need solutions that take economic uncertainty into account and  don’t rely entirely on weakening and contested bargaining platforms.

* Payi is an economist and co-founder of Nascence Advisory & Research

XHANTI PAYI: Can we turn investment pledges into jobs?

If R1.14-trillion in investment pledges are to benefit the economy, there needs to be a focus on SMEs
Opinion
4 months ago