It seems self-evident that persistent, out-of-control inflation is possible for years to come 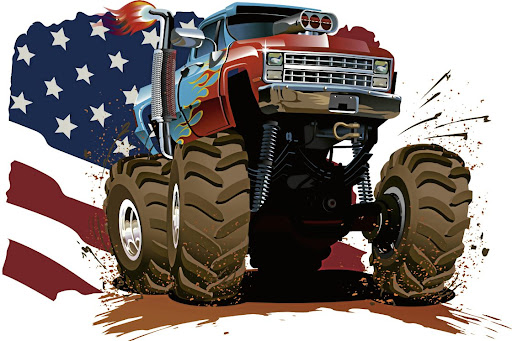 In anticipating what the US consumer price index (CPI) will mean for our economy, it’s useful to think of the concept of inflation as a creature out of Tolkien’s The Lord of the Rings, or more contemporaneously as something out of the Harry Potter series.

Looking back 42 years, when central bankers last battled the ogre of inflation, you could characterise it as a preteen. Now, it has to be thought of as an alpha male adult. A three-headed, snarling monster of an ogre.

In the early 1980s, the picture was grim. The US was suffering from the moral and economic cost of the Vietnam War. The creation of Opec in 1973 resulted in the price of oil rocketing, introducing enormous volatility in the commodities market, and subsequently in all other markets.

Paul Volcker, chair of the Federal Reserve at the time, persistently and aggressively raised interest rates in two rounds of rate hiking to as high as 20%, pushing the US economy into a protracted recession.

At the time, inflation was so bad that it left not only the US but the entire Western world with profound psychological scarring and a morbid fear that society itself could collapse if all future savings evaporated from persistently high prices.

This fear led to constitutional and legislative decrees the world over (SA included) that inflation targeting should be the greatest obligation of central bankers.

The circumstances could not have been worse. But Volcker, ignoring interference from several presidents, rescued the US from hyperinflation and civilisation from catastrophe.

Considering just how severe the remedy had to be, it is disconcerting to contemplate where we are now.

For one thing, Fed chair Jerome Powell is starting the process of reining in inflation from a much lower base. The current effective federal funds rate is 0.08%, whereas the lowest the rate got to in the period between 1974 and the early 1980s was 4.65%.

Inflation’s low point then was recorded in December 1976 at 5.03% precisely (CPI for all urban consumers), the month after Rod Stewart’s Tonight’s the Night (Gonna be Alright) topped the charts. The hit song by inflation’s peak in March 1980 was The Jam’s Going Underground, presaging the death knell of communism and the corresponding greed that consumed Wall Street.

Even if Powell were to hike rates seven times this year, at 50 basis points (BPS) each time, he would only get to 3.75% by year-end, still 90BPS below the starting point for Volcker in the mid-1970s.

Yet, at present, even major investment banks have not priced this level of rate hikes into their predictions. Goldman Sachs expects seven rate hikes this year of 25BPS each. That would put the federal funds rate at 2% by year-end, less than half the launch point Volcker had in 1976.

But there is another, more chilling, comparison with the 1970s. Dollar-denominated money in circulation, M2, in 1980 was roughly $1.6-trillion. In 2006, this had grown to roughly $6-trillion. Owing to the severity of the 2008/2009 global financial crisis, the Fed, as well as other central banks, began buying government bonds and mortgage-backed securities from banks in a process called "quantitative easing". This was the remedy: pump enormous amounts of liquidity into the markets, and take bad debt off banks’ balance sheets. This continued relatively unabated until March 2020. With the onset of the pandemic, the Fed radically increased money supply by tripling bond-buying to $120bn a month. This means M2 now sits at $21-trillion dollars, 15 times more than when Volcker went into battle.

Given the sheer size of the monetary system, overly inflated markets — the S&P 500 is trading at 25 times earnings as against its long-run average of 15 times, for example — full employment in the US and the UK and therefore the certainty of long-term wage inflation, it seems self-evident that persistent, out-of-control inflation is possible for years to come.

What if the expected cadence braking — the seven interest rate hikes this year — doesn’t work? Never have the pistons inside the calipers of the world’s largest economy had to stop what has become an oversized monster truck.

With SA’s reliance on imports, this will hit our shores, hard.

*Buckham is CEO of Monocle Solutions, and one of the authors of The End of Money

The Federal Reserve needs to deliver a Volcker-style shock to drive down asset prices if it wants to slow inflation without causing a recession, ...
Business
5 months ago

Inflation modelling this century has been centred on prices excluding food and energy, removing the economy’s volatile elements — that is precisely ...
Opinion
6 months ago
Next Article

Department of agriculture interdicted from seizing ...

Sexual assault claims are being used as part of a ...