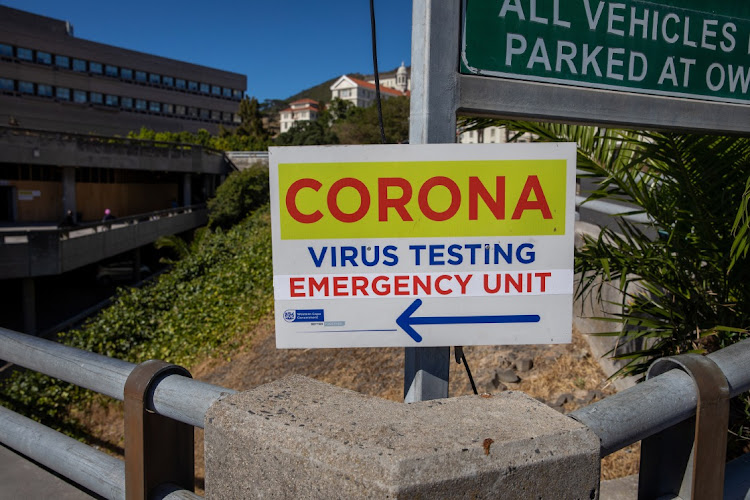 Welcome to the first Financial Mail magazine of 2021.

This, our much-anticipated hot stocks edition, includes articles penned by, among others, JSE CEO Leila Fourie, top political analysts such as Justice Malala and Xhanti Payi, and market experts like Bruce Whitfield and Jean Pierre Verster.

It has, of course, been put together in a world that was unimaginable a year ago.

And if you were somehow under the illusion that the clock’s striking at midnight on the December 31 last year would miraculously herald a steep plunge in Covid-19 infections and a lucid virus response plan from the government – well, it’s pretty clear that it didn’t happen.

On Monday, President Cyril Ramaphosa provided some sort of skeleton of the vaccine rollout plan, but it was too vague to be truly illuminating. As our main editorial argues here, his numbers were all over the place.

First he said SA will get vaccines for about 6-million people (10% of the population) through the Covax initiative, then he added that the country has “secured 20-million doses to be delivered mainly in the first half of the year”.

It’s a hazy commitment. Will those 20-million doses be for 20-million people, or for 10-million, considering that everyone needs to have two doses administered within a few weeks? If you take the most generous assumption of 20-million people, what will we do about the fact that we actually need to be vaccinating double that — 40-million people — for the country to reach herd immunity?

And that’s before you even grapple with what Ramaphosa meant by “mainly in the first half of the year”. There’s a lot of latitude in that statement, which only underscores how haphazard the government’s vaccine strategy really is.

Natasha Marrian, in a fascinating feature article on exactly how SA’s vaccine plan went wrong, reveals that five months ago, when other countries were nailing down vaccine commitments, SA was prevaricating about whether we’d even really need it.

Anban Pillay, deputy director-general of the department of health, blamed “risk aversion” in the national treasury. In part, this is because the Public Finance Management Act rules stipulate that goods have to be delivered before payment is made — which isn’t possible for a vaccine that is still in development.

And SA’s pursuit of the vaccine got only more wishy-washy after August, when two studies on immunity were released showing that between 30% and 40% in specific areas of the country already had Covid-19 antibodies. Well, some in government evidently thought: “If that’s the case, who needs a vaccine?”.

Whether that’s the whole story or simply an effort by a lacklustre department of health to shift culpability to treasury, is unclear. This is mainly because the level of substantive communication from the government about the vaccine has been lamentable. Conspicuously — and quite contrary to a number of other global leaders, including the twice-impeached US President Donald Trump — Ramaphosa does not even take questions from the media at his “family meetings”.

Perhaps if he did, the president would have to be more specific than giving a vaccine timeline of “mainly in the first half of the year”. And he would have to clarify whether the presidency did indeed reject an offer by Pfizer to supply vaccines at a cut-price $10 a dose because it was “too expensive”. Journalists would also be able to ask such questions as why it is that AstraZeneca told News24’s Kyle Cowan, as reported yesterday, that the pharmaceutical company has no rights to sell any vaccines in SA.

Ramaphosa could be asked why the ANC’s eThekwini councillor, Sifiso Mngadi, isn’t facing criminal charges under section 11(5) of the Disaster Management Act, which prevents any person from deceiving anyone about Covid-19. For those who missed it, the tin hat-wearing Mngadi said first: “We are getting this thing from 5G towers”, and lied again when he said: “White people were vaccinated about five months ago”.

The point is, Ramaphosa needs to remedy the poor communication about the virus. In the absence of that, conspiracy theories are running wild.

As Stephen Grootes argues eloquently in the Daily Maverick, to ensure the legitimacy of the entire vaccine process, nothing less than full transparency is required.

“If people do not fully understand what is happening, there is likely to be more confusion and frustration, with trust in the process the first casualty. Considering how important vaccinations are and how many lives they will potentially save, or be too late to save, it is easy to imagine these frustrations boiling over,” he said.

Not that we can expect that the president has all the answers — he’d certainly struggle to defend many of the obtuse lockdown rules, like how funerals are still allowed to have up to 50 people yet beaches remain closed.

When he has opened himself up to inquisition, like at SA National Editors’ Forum events last year, he gamely explained the rationale behind the thinking of his coronavirus command council and was adept in handling the trickiest questions.

Clearly, he can do it. But more than that: he has a duty to do it and to level with a country not only commendably complying with often bizarre rules curbing their freedom, but also having to puzzle why SA is so far behind the rest of the world in securing a game-changing vaccine for Covid-19.

The markets did not escape the ravages of 2020. Despite some pockets of optimism, a rocky start has left investors less than upbeat about 2021
Features
3 months ago

With trauma wards empty, it’s hard to argue against the alcohol ban. But the fact that prohibition was the first go-to answer says much about the ANC
Opinion
3 months ago

If Ramaphosa wants to show these rules aren’t just empty words that don’t apply to the elite, comrades in his own party, should be feeling the sting ...
Opinion
3 months ago
Next Article