New-vehicle market digs in for an ‘erratic’ few months 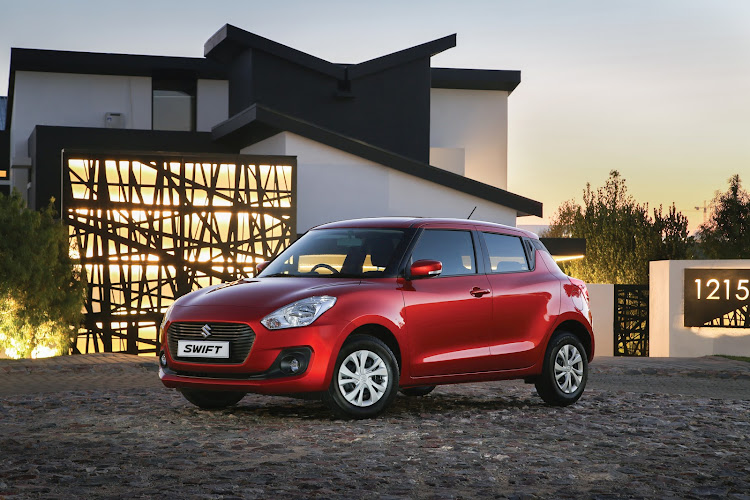 The Suzuki Swift outsold all its car competitors in April. Picture: SUPPLIED

Which came first, the chicken or the egg? Or, in this case, the Swift or the Polo?

Figures published this week state that the little Suzuki Swift outsold all its car competitors in April. Its 1,621 total — of which almost 40% went to car rental companies — gave it a 74 advantage over the Volkswagen (VW) Polo Vivo and exactly 100 over the Toyota Corolla Cross.

According to Naamsa/the Automotive Business Council, which released the numbers, fourth place was occupied by the hatchback version of the “real” Polo (the Vivo derivative is based on a pre-2018 model), which sold 1,320 units. Its twin, the Polo sedan, languished in 15th place, with 558 sales.

The hatch and sedan may be styled differently, but are they really different cars? Should double-cab bakkies be counted differently from single-cabs? Motor companies traditionally lump together model variants for volume bragging rights.

WesBank prefers it that way. In its analysis of the April figures, the finance house has combined Polo hatch and sedan sales figures into a single number — 1,878 — and declared Polo the runaway winner of the car market.

Of course, this being SA, neither car can claim outright market victory. As so often, that boast belongs to Toyota’s Hilux bakkie, which sold 2,788 units in April. That leadership will come under pressure later this year with the launch of Ford’s next-generation Ranger bakkie.

Whether or not Swift is top of the car heap, Suzuki has plenty to celebrate. April was the fourth successive month in which it had record sales. At 3,696, it was third in the car market, behind only Toyota and VW.

While Suzuki was celebrating, the industry as a whole breathed a sigh of relief. Total new-vehicle sales growth in April may have slowed dramatically from previous months, but that was to be expected.

The effects of the floods are likely to felt in the market for some time to come.

As SA’s automotive volumes are predominantly driven by export demand, the industry is highly vulnerable to changes in demand in export markets

It was the latter comparison that brought hope as it continued the industry’s post-Covid sales recovery, Year-on-year growth in the previous three months was 17.9%. April’s slower pace brought the rolling total to 173,299 — 14.9% more than the 151,022 after four months of 2021. Naamsa CEO Mikel Mabasa is grateful that the market remains “in positive territory”.

WesBank marketing head Lebogang Gaoaketse says no-one should be “dismayed” at the sudden drop in sales. “Volatility is the only constant within the market, especially impacted by erratic supply beyond manufacturers’ control. April’s volumes remain on the high end of last year’s performance and therefore shouldn’t be cause for any alarm.”

Erratic supply? Besides the local floods, there’s the small matter of Covid, which has plunged huge swathes of China into lockdown and disrupted the manufacture of vehicles and components; the continuing shortage of semiconductors, a core part of automotive technology; and the war in Ukraine. All these are causing vehicle assembly plants around the world to cut production and disrupting vehicle availability and distribution.

No wonder National Automobile Dealers Association head Mark Dommisse says SA’s April sales were achieved “against all odds”. Gaoaketse says: “The market is expected to continue its erratic recovery throughout the year.”

Sales of light commercial vehicles, mainly bakkies and minibuses, fell 11.9% in April from a year earlier and are 0.6% behind for the year so far. Heavy trucks, 29.6% ahead in the first four months, are the only bright spot in the commercial vehicle sector.

Mabasa says: “The economic damage from the conflict between Russia and the Ukraine will contribute to a significant slowdown in global growth in 2022 and add to inflation. As SA’s automotive volumes are predominantly driven by export demand, the industry is highly vulnerable to changes in demand in export markets, in particular Europe and the UK.”

The timing of the floods is impeccably bad. Days before they hit, the local industry was celebrating great March domestic sales figures of new cars ...
Opinion
3 weeks ago

VW wants to be the most ‘aspirational’ of SA’s high-volume brands — it must be the ambition of consumers to own a VW, it says
Opinion
1 month ago