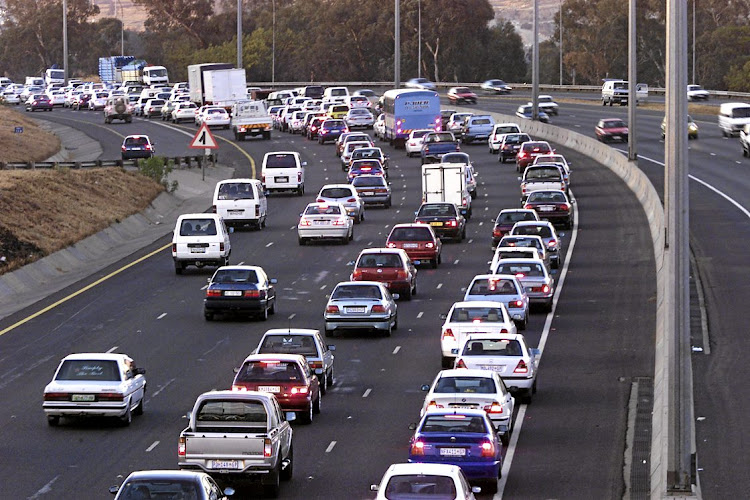 Gauteng transport MEC Jacob Mamabolo has a problem with numbers. Either that or he needs to polish his skills in the great political art of obfuscation.

See, Mamabolo would have us believe that the efforts of the authorities to streamline the disastrous Gauteng driver’s licensing system – extended hours; working on weekends – are showing huge dividends.

“The numbers are telling us what has been achieved,” he told 702 talk show host Clement Manyathela on Tuesday. “Since January of this year to date we have issued and processed applications for driver’s licence renewals of 500,000 applications.”

The next nearest province, the Western Cape, processed just 200,000 in that period, he said triumphantly.

It was a point to which Mamabolo kept returning during the interview. In the face of all other evidence – and the horror stories of callers – it was a lifeboat to which he stubbornly clung. The system is working.

What Mamabolo didn’t tell listeners is that 500,000 renewals is a drop in the ocean. The 10-yearly Stats SA National Household Travel Survey of 2013 put the number of driver’s licence holders in Gauteng at just over 9-million. So 500,000 is a paltry 5.5%.

At this rate, the government, with its miraculous fast-tracking and extended hours, will be lucky to process 1-million applications this year. Then consider that driver’s licenses are valid for five years. So at this rate, in a five-year cycle, the government could process 5-million of a possible 9-million licences (and that’s the 2013 figure).

Mamabolo’s comparison with the Western Cape is also deeply disingenuous. Sure, 500,000 is way more than 200,000. But the Western Cape only had about 4-million licensed drivers in 2013. So on a like-for-like basis, the licensing authorities are in a neck-and-neck race to the bottom.

Similarly disingenuous is the authorities’ assertion that Gauteng drivers are only really facing a crunch now – as the renewal extension deadline hurtles towards them with the speed of a careening taxi – because of Covid. Sure, testing centres were closed for months, and social distancing measures build inefficiencies into the system – but while Covid has certainly compounded things, this problem has been a long time in the making.

The cost of a ‘Coke’

The transition to an online booking system in Gauteng in November 2018 was supposed to make things more efficient and cut down on corruption.

Instead of standing in a queue for hours to renew your licence, you could simply book a slot, rock up at the appointed time, pay and be done with it. (For the actual licence test, you'd book online, then, idiotically, arrive in person within three days to pay for the booking, and then take your test on the appointed day and pay again for that pleasure.)

Only, it hasn’t worked that way. By February 2019 – just three months after the switchover – it had become a nightmare to secure an appointment anywhere in the province, let alone at a testing centre nearby.

In December of that year – when half of Gauteng had lemminged its way to the coast – it still took me three weeks of squatting on the eNatis website to secure a renewal booking. For my sins, it was in the far west rand reaches of Florida.

Since then the situation has gone from “problematic” to “broken” with Medupi-like rapidity.

The issue isn’t just the grindingly slow booking platform and its tendency to clutch out when slots are released. It’s also that unscrupulous “agents” seem to have a monopoly on the available slots.

A driving instructor explained it to me as follows: imagine you’re running your own business with an online booking function and you want to take the afternoon off. You simply mark off those hours as already booked. In much the same way, testing centre employees could mark off slots as booked, when they’re actually being held for the touts. So they’re never actually released to the public at all.

The touts, for their part, swear blind there’s no money changing hands. They say they simply know when particular slots are going to be released, and they have people sitting on the website, ready to pounce on your behalf. Of course, that doesn’t explain how they can magic up an appointment at a preferred testing station within a matter of days – and, it seems, when those slots haven’t yet been released.

And this is for people who bother with the booking process in the first place. The instructor told me that he heard of a person whose learner’s licence was about to expire and who had to travel out of the country. But R7,000 later, the person had a brand-new licence – no need to set even a wheel in the testing yard.

The situation is so bad that Mamabolo told Talk Radio 702 in October that motorists have little choice but to bribe their way through the system. “You bribe all the way,” he said. “They call it the cost of Coke.”

And that corruption is evident on the ground.

Many a motorist, frustrated by their inability to secure an appointment, will walk into a testing centre in the vain hope that they’ll be able to make a booking. They explain their predicament, but the gatekeeper manning the door – earning a taxpayer-funded salary, mind you – stubbornly insists on online appointments. While this is playing out, a tout, attracted by the reek of desperation, will oil his way over. “This man can help you,” the selfless civil servant says, waving in the tout’s direction.

That, at least, was my experience when booking my motorbike licence test recently – and it’s clearly an experience shared by others, as the callers to Manyathela’s show confirmed. It makes your subsequent return to the futility of the online booking process all the more depressing.

Last December, Mamabolo announced that there would be a forensic investigation into corruption in the system. He repeated this in February. In case you’re wondering where that went, the auditing firm doing the work is now one month into the job.

In that same February interview, Mamabolo promised to have the backlog sorted within three months. The transport department was working with the Road Traffic Management Company and the Gautrain Management Agency to set up additional licensing facilities and mobile units, he said.

Transport minister Fikile Mbalula promised something similar in May. In addition to extended hours, “we expect to roll out kiosks and mobile units. All of this will be happening in record time in the next coming weeks,” he said.

And if you’re wondering where that process is, Mamabolo told Manyathela that the department is now – six months later – in talks with the Gautrain. A week really is a long time in politics, it seems.

Bring on the 4IR

So where does the problem lie? After huffing about corruption in the system previously, Mamabolo in March blamed “the advent of 4IR interventions”. If by that he means a grindingly slow online platform with all the architectural nous of a drunk slug, then sure, in part.

In Mamabolo’s view, the problems don’t lie with the online booking system itself, and the attendant corruption leeching off it.

No, after a PR visit to the Temba testing station in Hammanskraal last week, he has decided that the defunct machinery that the national government has foisted on the province is to blame. It’s the outdated tech of the dastardly “live enrolment units” (the machines used for eye tests, fingerprinting and scanning), which cannot even be serviced. (I find this difficult to believe: with an entire country of these “live enrolment units”, surely there’s an enterprising entrepreneur waiting to come along and service them.)

But tell that to the operators at the licencing centre I went to and they’ll scoff, before mumbling about solutions being parachuted in by politicians “because somebody wants a tender”.

Booking my bike licence was one of the most deeply dispiriting experiences I’ve had. At every turn there was the seedy, unseemly hint that palms must be greased – that there is an additional tax to be paid just to make the system work.

I’m all for the kind of integrated solution Mamabolo proposed in the interview with Manyathela – no doubt the result, at least in part, of the eminently reasonable suggestions made by DA shadow MEC for transport Fred Nel in a letter to Mamabolo and Mbalula last year – including piggybacking off home affairs’ fingerprint system and the uploading of documents, including eye test results, online.

Presumably the miracle of online payments will filter into these very 4IR interventions at some point too.

But as far as I’m concerned, the MEC can bleat about “4IR interventions” all he likes. It won’t do any good. Unless he begins to root out the corruption that’s become deeply embedded in every corner of the civil service, any new system is destined to fail. The eNatis booking system — broken and practically useless — is just another monument to corruption that must fall for the country to have any hope of improving.

Zuma has had his comeuppance. It’s time for Mswati to have his day, too. These are men who had their time in power and added not a jot of value for it
Opinion
11 months ago
Next Article

Activity in ‘other services’ sector expands

CLAIRE BISSEKER: Inflation surf is up, but don’t bet ...