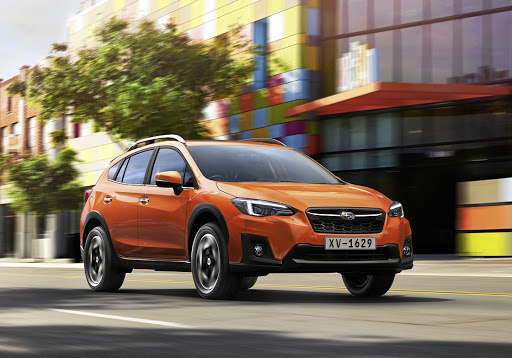 There is a global shortage of the chips, which control everything from safety to information systems in modern cars. By some estimates, motor industry production so far this year has fallen short by over 2-million vehicles because of the crisis. Some analysts say motor companies and their components suppliers could lose $60bn in revenue in 2021.

Subaru’s SA monthly sales so far this year range from 36 to 85. Nkoli says: “Availability is a huge issue. If we had more, we could sell more.”

He says the top-end 85 reflects Subaru’s usual SA market. In a typical year, the brand sells nearly 1,000. A few years ago Subaru was selling more than twice that. Nkoli would like to return to those heady days – “we are not satisfied with current sales” – but there is no quick fix.

The priority is to move the brand beyond its traditional white, middle-class market and find buyers from other races. As part of the process, ground-breaking female winemaker Ntsiki Biyela, founder of Aslina wines, has been appointed a brand ambassador.

Nkoli says: “Our old sales base has been shrinking so the marketing is now more inclusive. There is an increase in the number of inquiries from potential black, coloured and Indian customers asking for test drives. Most say they have never considered Subaru before. Actual customers are still predominantly white but we are creating more market awareness.”

Subaru, whose image is dictated by its all-wheel-drive technology, has always enjoyed niche appeal in SA. Its core models are the versatile Forester station wagon and smaller XV crossover. Then there’s the big Outback estate and performance-based Impreza and WRX. A mid-generation, facelifted Forester is due to be launched in SA later this year, followed by a new WRX sedan and station wagon.

Nkoli is content for Subaru to retain its niche status. “We have no aspiration to be a mainstream brand. We want to stay unique. If we get back to over 2,000 annual sales, we won’t go much further.”

To achieve its goals, Subaru will have to fix its Achilles heel – its small dealer network. There are only 12 dealers around SA, plus a small number of nonsales service centres. There are no dealers in central SA, though Nkoli hopes to fix that by appointing representatives in Bloemfontein and Kimberley.  Rustenburg, in North West, is also on his wish-list, along with Limpopo, probably near Polokwane.  The only regional dealer outside SA is in Gaborone, Botswana. Nkoli says there is interest from Namibia.

“There are plans to substantially grow the SA network,” he says. “We can’t sell more if we don’t have dealers. It’s not just new dealers; we also have to improve the ones we already have. The challenge is that, because we’re not a mainstream brand, we have to be extra careful to appoint dealers who understand Subaru and what it stands for.”

Subaru’s marketing is regionally governed, with a lot of emphasis on social media. If you can’t remember any big advertising campaigns, you’re not alone. The brand in SA avoids high-cost, national exposure, preferring to localise spending around dealers.

During its SA heyday (sales peaked in 2007) Subaru enjoyed a significant brand presence. The marketing budget was not huge then, either, but Subaru sought attention by innovative means. The decline had nothing to do with the quality of the vehicles – global sales soared – but was the result of indecisive brand management. Nkoli hopes to change that.

The Subaru car company, in which Toyota has a 20% stake, is part of Fuji Heavy Industries. Subaru Southern Africa, an import and distribution company, is owned by Toyota Tsusho, Toyota’s trading arm. It bought the Johannesburg-based company from Barloworld Motors in 2011.

Financial pressure has driven some consumers from premium brands to cheaper cars, which often offer the same quality and features
Opinion
11 months ago

Car-buying habits may have changed but not the desire behind it, says a report
Opinion
11 months ago