SHIRLEY DE VILLIERS: A statue, wrapped in a fumble, inside a fiasco 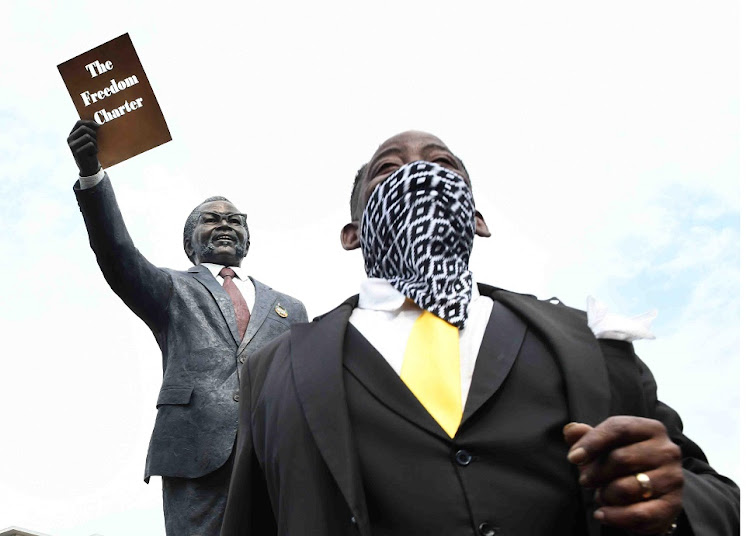 The unveiling of a statue of Oliver Tambo at OR Tambo International Airport. Picture: Jairus Mmutle/GCIS

There’s something quintessentially South African about the unveiling of a 9m statue of former ANC leader and struggle stalwart Oliver Tambo on what would have been his 103rd birthday on Tuesday.

For a start, the event was three years late. The bronze colossus was originally commissioned by the City of Ekurhuleni, at a cost of more than R11m, to mark Tambo’s centenary in 2017. But bureaucratic bungling and governmental turf wars apparently left it in limbo in a Kempton Park warehouse instead.

As Ekurhuleni spokesperson Themba Gadebe told the Kempton Express late last year, the Airports Company SA, under the department of transport, refused to give the city permission to erect the statue within its precinct, because it had unveiled a smaller statue of Tambo in the international arrivals hall to honour his centenary.

The city, however, could not abide the thought of placing the statue anywhere other than the airport. And so it languished, far from the public eye, until the right honourable Fikile ‘Mr Fix’ Mbalula took the matter up, as soon as he became transport minister in 2018.

So we now have an airport named after Tambo, a life-sized statue of him within the international arrivals terminal, and a 9m incarnation of him outside of it.

Beyond a vaguely discomforting sense of overkill, attempts to sell this latest addition as a tourist attraction – as both President Cyril Ramaphosa and Ekurhuleni mayor Mzwandile Masina have done – seem a tad disingenuous, given the statue’s location at an international airport.

Don’t get me wrong: Tambo deserves all the accolades bestowed upon him. But one can’t help but feel queasy about the metro commissioning an R11.5m statue with money that could have been diverted to far more pressing needs – of which SA has no shortage. And to then pooh-pooh the cost, when South Africans are in economic freefall, is both grossly insensitive and not just a bit out of touch.

Sadly, this cavalier approach to taxpayers’ money seems to have become ingrained in government.

Take just two examples from the past week or so.

First, the department of international relations & co-operation has apparently spent R118m on a plot of vacant land in New York for office space. It’s a pretty hefty price tag (particularly as the department already spends R4m a month on rent). But then it emerged that the R118m had actually gone to buy a decrepit and “unsuitable” building.

The second example: the defence force, in its battle against Covid, reportedly forked out R215m to import the drug interferon from Cuba. It’s a nice idea, but you’d think that someone would have checked to see if interferon is licenced in SA. (Spoiler: it isn’t.) 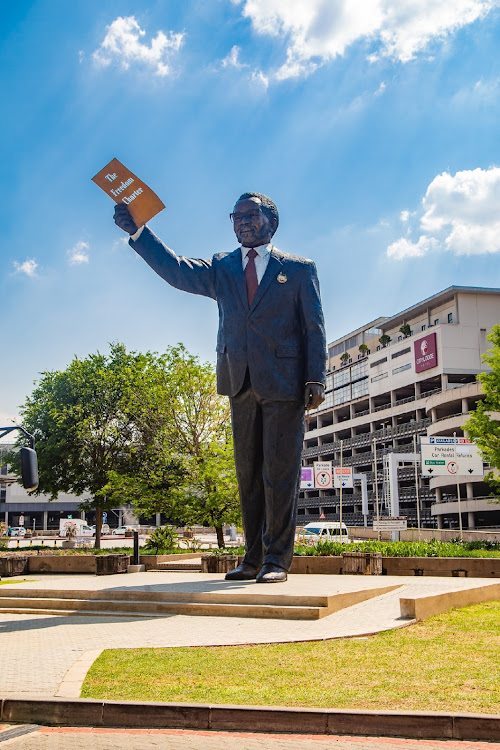 And yet, perhaps the most flagrant abuse of taxpayers’ trust may have come out of finance minister Tito Mboweni’s medium-term budget policy statement on Wednesday, in which he gave South Africans a breakdown of how they will again fund bankrupt airline SAA. It’s an airline, don’t forget, which Mboweni had already gifted another R16.5bn over three years in February.

Now taxpayers will stump up a further R10.5bn in 2020/2021 – funds appropriated from 41 other departments, including:

You’d think, from all this, that there are surely more useful places to spend R10.5bn than on an airline that hasn’t turned a profit in almost a decade, at a time when air travel is all but nonexistent, during an economic crisis.

For a country in as parlous a state as SA is – and with a pressing need to find R300bn in spending cuts over three years – trade-offs are inevitable.

As Business Day’s Carol Paton writes, in a trenchant analysis of Mboweni’s budget: “Some of the deepest cuts will touch the hottest political flashpoints: organised labour, university students and local government, where protests over land, housing and water are intensifying. It is at these interfaces where austerity will cease to be a discussion at the Treasury and the top levels of government and manifest in the lives of real people on the ground.”

Now, it’s true that years of economic ineptitude and corruption have ensured that these tradeoffs would be necessary, regardless of the albatross that is SAA. And we don’t even know if government will have the stomach to follow through on such unpalatable decisions – it has balked before.

But what makes the new, new SAA bailout particularly galling is that this tap could have been turned off years ago, but for public enterprises minister Pravin Gordhan’s stubborn insistence on feeding the gaping maw of the national carrier.

And yet, no matter anyone’s protestations, the plan simply steamrolls ahead.

It’s not a bailout, he says – just the wrapping up of the business rescue process. And we should be happy it’s just R10.5bn; liquidation would cost us R18.5bn, he asserts.

Anyway, says Gordhan, this “new SAA” could be ready to take to the sky in the first half of 2021 – but don’t worry, it won’t be a burden on the taxpayer.

That, right there, is the problem: a lack of information and any real guarantee beyond government’s say-so that we won’t be footing the bill in perpetuity.

After all, Mboweni initially assured us that there wouldn’t be any further bailouts for the beleaguered airline. Then the goalpost shifted, and we were told government would support efforts to mobilise funding. And now government is the funding – and we don’t know when that stops. So, please, spare us the lecture.

He’s at once a symptom of the slow unravelling of American society and a natural endpoint of that process. But the ineptitude of his administration – ...
Opinion
11 months ago

The grant top-ups and special grant are due to fall away at the end of this month. Given the parlous position of the rural areas – and a regression ...
Opinion
11 months ago
Next Article