According to a new report, drone-based parcel deliveries to your front door will soon be the norm 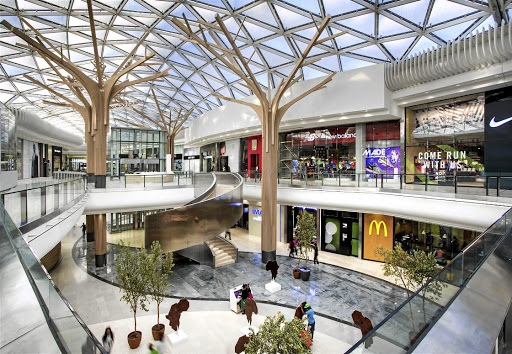 It’s way too early to talk about a retail revival. After all, the latest financials results reported by JSE-listed retailers and landlords underscore just how brutal the impact of Covid-related trading restrictions has been on company earnings year to date.

Yet amid the tsunami of bad news that continues to dominate the headlines, encouraging signs are emerging of SA’s battered and bruised retail sector slowly returning to normality.

At Attacq’s results presentation (read the full report here), the company’s management referred more than once to “green shoots” at its shopping centres, a term most of us probably last heard a decade ago, in the aftermath of the global financial crisis. The company owns eight shopping centres across SA – from the colossal Mall of Africa at Waterfall in Midrand to midsized centres such as Eikestad Mall in Stellenbosch and MooiRivier Mall in Potchefstroom.

Attacq COO Jackie van Niekerk said there has been a definite pick-up in sales of new spring and summer stock in recent weeks. Electronics, home furnishing, decor and DIY stores as well as grocers have been leading the charge.

The worst performers, unsurprisingly, include restaurants, travel agencies and women’s clothing brands — who needs new threads when you can work from home in your PJs?

More critically, vacancies in Attacq’s retail portfolio have remained steady at just less than 3%, which means there haven’t yet been any major pandemic-induced store closures.

If anything, Van Niekerk expects shifts in consumer buying patterns to potentially support higher take-up of floor space over the coming months. She refers to the rise in “click and collect”, a trend which she says has already spurred some retailers to turn portions of their mall stores into micro fulfilment and distribution centres.

Others – including online stores – are using the downturn to expand their physical footprint, no doubt since landlords are offering attractive rental rates and lease terms.

Hyprop CEO Morné Wilken says a number of brands that haven’t previously occupied stores in malls are now looking to do so. Hyprop owns Rosebank Mall and Hyde Park Corner in Joburg and Canal Walk in Cape Town’s Century City precinct, among others.

Speaking at Hyprop’s annual results presentation, Wilken said that while the pandemic has hurt SA’s retailers, it has also prompted retailers and mall owners to become more innovative in what they offer.

The upshot: more choice for shoppers.

Hyprop has already signed leases for a standalone homeware store from value chain Pep Stores, as well as a new women’s apparel brand from Ackermans.

Other new tenants that will be opening shop in Hyprop’s malls include online kitchen appliance store Yuppiechef and sports brands Asics and Kappa.

Speaking about shifts in consumer behaviour patterns, a fascinating report by property management group Broll, “Navigating the New Normal – Contactless Deliveries”, explores how the surge in e-commerce has introduced phrases such as “click and collect”, “contactless delivery” and “kerbside collection” to SA’s retail lexicon.

Broll reckons retailers will have no choice but to up their game for the surge of online purchases and on-demand deliveries.

“There is no doubt that the world has changed, and perhaps for the better, but having to adjust and adapt to new ways and methods in such a short period of time has left many with varying levels of anxiety and despair,” it says.

“Nonetheless, this has given way to a gateway of innovations and a flurry of alternative ways of doing business.”

If Broll’s report is anything to go by, drone-based parcel deliveries to your front door will soon be the norm.

Don’t laugh: in a bid to cash in on the looming trend, global logistics company UPS has apparently already bulked up its SA-based fleet of autonomous Wingcopter drones.

Before you know it, your shopping will be descending from the skies.

It’s not only local property punters who are struggling to find better alternatives. The imperative to find a high, and growing, income stream is ...
Opinion
1 year ago

Are Dullstroom, Clarens, Parys, Paternoster and Plett gearing up for a housing boom?
Opinion
1 year ago

JOAN MULLER: How the rich will shift to ‘wealth whispering’

Why Growthpoint has the blues

Why Growthpoint has the blues