One reason for the rise of the anti-maskers is the fact that this, a scientific response to a medical problem, has been hijacked by politicians, for whom facts have always been a disposable luxury 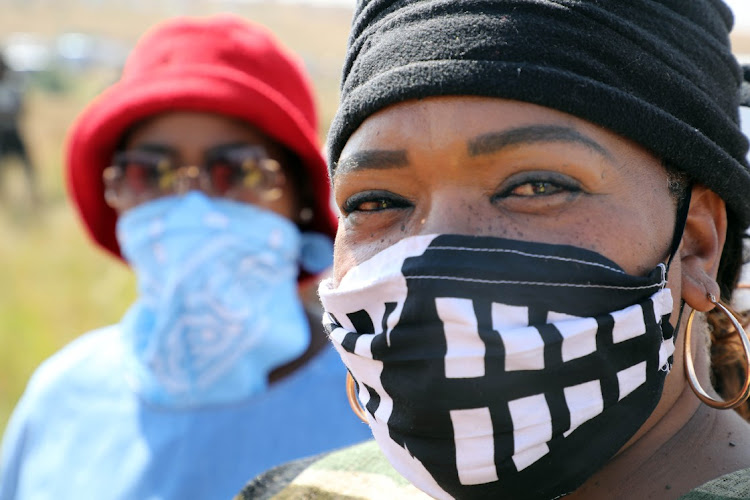 If Darwin’s theories had a quicker turnaround time, maybe we’d have a whole lot fewer pig-ignorant dullards wandering around without masks.

Over the weekend, footage emerged of a customer in the North Hollywood branch of US grocery chain Trader Joe’s throwing a tantrum before being booted out of the store for refusing to wear a mask. “I have a breathing problem, my doctor will not let me wear a mask,” she yells.

The mask-less Karen was rightly flamed, partly for her display of “peak entitlement”, and partly because her excuse is as thin as her nonexistent mask. “If you think a mask is uncomfortable, you’re going to love a ventilator,” was a popular riposte.

Narcissistic she might be, but she’s not unusual: there’s a growing number of people, in the US especially, who claim that the “science is inconclusive” on masks. And to be fair to them, at one stage during the pandemic, this was actually true.

In February, the US surgeon general said masks are “not effective in preventing the general public from catching the coronavirus”. In March, the World Health Organisation (WHO) said: “We don’t generally recommend the wearing of masks in public by otherwise well individuals because it has not up to now been associated with any particular benefit.”

Then, the evidence began to come in. And the recommendations changed. The WHO did a U-turn, “updating” its guidance to a stipulation that “governments should encourage the general public to wear masks in specific situations and settings as part of a comprehensive approach to suppress SARS-CoV-2 transmission”.

Clearly, given what later emerged, those health agencies messed up. It affected their credibility too — as this article from the NPR points out.

But as it stands today, the scientific consensus leaves no room for doubt. As mathematical biologist Abba Gumel argues in this article in Science News, the evidence shows that even the worst masks, which only filter about 20%-50% of particles, are “still better than nothing”.

JUSTICE MALALA: What three American airports taught me about Covid-19...

Essentially, as the US Centers for Disease Control & Prevention (CDC) puts it, the masks are “not intended to protect the wearer, but may prevent the spread of the virus from the wearer to others”.

The smarter people adapted to this new information and began wearing masks; the cretins like Trader Joe’s Karen, not so much. It didn’t help that US President Donald Trump said: “Wearing a face mask as I greet presidents, prime ministers, dictators, kings, queens – I don’t know, somehow I don’t see it for myself.”

At this point, with the evidence growing by the day, that’s looking like an increasingly indefensible, and irresponsible, decision.

Two weeks ago, Health Affairs, a US peer-reviewed journal on health policy, published a study comparing 15 states that mandated the wearing of masks with those that didn’t.

“There is a significant decline in the daily Covid-19 growth rate after mandating facial covers in public … estimates suggest that as many as 230,000–450,000 cases may have been averted due to these mandates by May 22,” it says.

Another study by medical researchers from the universities of Virginia and Toronto and two Polish institutions compared countries where masks were widely used — including South Korea, Japan, China, Mozambique and Malaysia — to those where masks weren’t. The results were also clear.

And, if you’re really into the subject, read about this experiment, which involved using high-speed video to analyse how droplets were blocked when just a damp cloth was placed over the mouth.

So why is this even an issue? How is it that some people — more than a third of Americans — are refusing to wear masks?

The answer is more nuanced than just blind ignorance.

The anti-maskers, it says, include those who don’t believe the science, those who believe Covid-19 is a “hoax” to justify government control, those who don’t like the discomfort or are too vain, and the ultra-libertarians who feel their rights are being infringed. “Finally, there are those who are selfish and narcissistic, and when informed that masks can be of help to others, feel or say ‘I don’t care’,” it adds.

For an insight into the conspiracy theorists, watch this video of a council meeting in Palm Beach, Florida, last week. One woman ranted that masks are “literally killing people”; another said “they want to throw God’s wonderful breathing system out the door”; and a third said: “I don’t wear a mask for the same reason I don’t wear underwear — things got to breathe.” But another reason for the rise of the anti-maskers is the fact that this, a scientific response to a medical problem, has been hijacked by politicians, for whom facts have always been a disposable luxury.

As Politico put it, for people on the Left, wearing a mask is seen as evidence that “you take the pandemic seriously and are willing to make a personal sacrifice to save lives … on the Right, where the mask is often seen as the symbol of a purported overreaction to the coronavirus, mask promotion is a target of ridicule”.

It’s why, by the second week of June, 60% of Democrats polled said they wear a mask at all times in public, while only 34% of Republicans did the same. (Trader Joe’s Karen, as she was evicted, called the staff “Democratic pigs”.)

We see a similar schism in SA too: those who believe the virus is “a hoax” or “just a flu” are less likely to wear a mask and more inclined to frame wearing a mask as an “infringement of my rights”.

But it’s a spurious argument: being asked to wear a mask so you don’t infringe on others’ rights is reasonable, and hardly equivalent to the rights that were trampled when thuggish SA National Defence Force soldiers killed Alexandra resident Collins Khosa on Good Friday.

If anything, the anti-maskers appear closely ideologically aligned with anti-vaxxers — a burgeoning movement across the world which relies on a flawed and retracted study from 1998, as evidence for their beliefs. Here, too, facts mean nothing to the true believers, which is why last year, the US had the most measles cases in a quarter of a century.

As one doctor, Ann Robinson, wrote in The Guardian: “We live in paradoxical times.… Many seem willing, even happy, to suspend disbelief to buy into fake science. But among the enthusiasm for unproven therapies rests a profound scepticism to orthodox, evidence-based healthcare.”

In an interview with marketwatch.com, New York University professor of social and behavioural sciences David Abrams points to other reasons for not wanting to wear a mask. Some people, he says, “don’t want to admit this is the new normal”, while for others “there’s a certain bravado of being angry and defying requirements to wear a mask”.

How many of these prime candidates for the Darwin Awards, do you imagine, haul out the bill of rights when they’re told to wear seatbelts, or when they see a surgeon emerging from theatre wearing a mask?

ROB ROSE: Nine days for a test result: why SA’s Covid response hangs in the balance

Ebrahim Patel, the open-toed-shoe bogeyman of the anti-lockdown brigade, doesn’t mind being held up as the poster-child of the ‘irrational’ Covid-19 ...
Features
11 months ago

Because the majority of black South Africans remain voiceless and vulnerable, they’re abused by power-mad cretins emboldened by a gun and a uniform
Opinion
1 year ago
Next Article