David Gorin delves into the world of Holocaust-based fiction and discovers the good, the bad and the turgid

In an unusually lucid dream I envisaged God chastising a novelist: "You wrote a book set during the Holocaust. Why did you write poorly, with no understanding of the history or respect for the memories of the dead?" The writer can’t think of a convincing reply, so God’s punishment is that the book is never read.

Which may signal no great loss. Many literature lovers feel enough has been written about the Holocaust. "How much more is there to say?" asks my mother, still, at 90, an encyclopaedia of history and a voracious reader. Generation Z family members around the table nod in agreement.

Auschwitz death camp, where more than a million men, women and children — most of them Jews — died between 1940 and 1945. Picture: GALLO IMAGES/AFP/JANEK SKARZYNSKI

I think my mother confuses facts with understanding, and telling with meaning. In any case, there is still so much more to say. Previously unpublished testimony is being uncovered and, as the world loses its oldest Holocaust survivors, final memoirs are being released, such as But You Did Not Come Back by Marceline Loridan-Ivens (Faber & Faber, 2015), a harrowing account of her survival in Birkenau, and a love letter to her father who perished.

And historians now have access to recently declassified documents in Russia and other former communist countries. The Volunteer by Jack Fairweather (WH Allen, 2019) tells the story of Witold Pilecki, a Polish officer who volunteered for imprisonment in Auschwitz to organise resistance and gather intelligence. Pilecki’s memoirs and fragmentary records were discovered only in 1991, having been sealed in Polish archives for nearly 50 years. Comprehensive details took dedicated historians a further decade to decipher; Fairweather’s book is an intricate nonfiction work unravelled in gripping narrative style.

There seems to be a fresh wave of Holocaust-themed literature which, at least in its volume, would mollify Primo Levi, Auschwitz survivor and author of moving masterpieces such as The Drowned and the Saved. Writing in 1955, Levi attacked the propensity to shroud the war’s terrors in the "silence of the civilised world". He felt compelled to write, despite reawakening his agonies, partly because little was being written by others.

Today, the frequency of new titles blankets much that is appalling; publishers are pushing mediocrity which may, paradoxically, be contributing to an exacerbation of apathy and ignorance as to the horrors of Nazism and its backdrop. Thirty-four percent of Europeans, and over a fifth of American millennials, say they’ve never heard of the Holocaust. Simultaneously, anti-Semitism — and virulent forms of "otherness" — is on the rise in many parts of the world, often flaunting its provocation on political platforms. "Holocaust survivors feel much today reminds them of the trends in the years before the Holocaust," says Jeremy Dronfield, author of The Boy Who Followed His Father into Auschwitz (Michael Joseph/Penguin, 2019). "Since completing the book the far-right has gained even further, all over the world, as it did in the 1920s and 1930s."

Like The Volunteer, Dronfield’s book has copious references and an impressive bibliography, making it simultaneously tighter and more expansive. The story is captivating, heart-breaking and heart-warming, terrifying and uplifting — and it’s real. Dronfield dedicated two years to research, and another year of writing supplemented with further study. "It’s as authentic as I could make it."

The same cannot be said of global bestseller The Tattooist of Auschwitz (Zaffre, 2018), by Heather Morris. It’s a turgid book, going only skin-deep and proving only that tragic, monumental settings do not a masterpiece make. More upsetting, and the spark for ongoing controversy, the Auschwitz Memorial Museum has criticised Morris for her limited research, betrayed in myriad factual errors and a total absence of references or source listings. Unless alternative-universe, Mills & Boon-style fiction appeals, steer clear of the sequel, Cilka’s Journey, out soon.

Many new releases lack the imagination to take us beyond superficial scratchings in Auschwitz. They’re new words for old tales, such as The Librarian of Auschwitz (Godwin/Holt, 2019), translated from the 2012 Spanish work by Antonio Iturbe, about a 14-year-old girl who guarded and distributed a cache of books in Block 31, the so-called family camp. Dita’s story is unique, but has already been told from the perspective of Block 31’s makeshift teacher, Otto Kraus, in his autobiographical The Painted Wall (Yaron Golan Publishing, 1994). Otto and Dita both survived, and subsequently married. The Painted Wall will itself be reissued this year, renamed The Children’s Block. These rehashes and re-releases are transparently slipstreaming the commercial success of The Tattooist of Auschwitz.

In contrast, though The Diary of Anne Frank has spawned multiple editions, adaptations and spin-offs, a distinctive reimagination is David Gillham’s Annelies (Penguin, 2019), a complex story of hope and new horizons which envisages Anne’s survival and what she may have become.

A novel’s Holocaust setting doesn’t mandate realism to describe the indescribable. The debate surrounding The Tattooist of Auschwitz isn’t new: a similar discord occurred a decade ago following publication of John Boyne’s The Boy in the Striped Pyjamas (David Fickling Books, 2006). Even critics who appreciated the originality and thematic complexity, wrapped as a children’s story, noted its disconnection from reality and questioned whether the author crossed a moral line in couching the horror in euphemisms and softer shades of evil, risking interpretation that Auschwitz may not have been so terrible if a friendship was possible between the son of the SS camp commander and a Jewish child prisoner.

As the absolute opposite of a sanitised story stands Jonathan Littell’s The Kindly Ones (Chatto & Windus, 2009), lauded as the most important work of World War 2-based fiction for 50 years.

But be warned: it’s monstrous, in multiple ways, 900 pages of orgiastic Eastern Front violence narrated by an SS officer attached to the Einsatzgruppen killing squads responsible for liquidating opposition — and innocents — behind the lines of the advancing Wehrmacht. The apocalyptic mayhem unfolds quickly, and rarely pauses. Writer and editor Michael Korda describes it as "perhaps the first work of fiction to come out of the Holocaust that places us in its very heart, and keeps us there. If you don’t have the strength to read it, tough shit."

Above all, today’s authors of Holocaust-themed books bear an obligation to understand. Australian writer, lawyer and punk musician Bram Presser has described the weight of writing The Book of Dirt (Text Publishing, 2017), rooted in his grandparents’ stories of survival, as "not so much about documenting unrecorded stories, but to consider the place and responsibility of the novelist in a post-survivor world. What is left to be told? What right do we have to ‘invent’ stories when so many powerful books written by survivors … already exist? What can the novelist hope to add to the words of Primo Levi or Elie Wiesel?"

Trying to pinpoint what gnaws about much recent Holocaust fiction, I see Morris’s smiling picture accompanying a haughty interview, boasting of The Tattooist of Auschwitz having sold 3-million copies in English-speaking countries, and being translated into 43 languages. "I have no qualms about the style I chose to write it in, because I think it makes it more readable, particularly to people who are not Jewish and who just want to understand this time."

Dan Bloom, Times of Israel columnist, in an almost audible sigh of exasperation and resignation, writes: "She’s won everyone over. Oh well, if it raises awareness of fascism and authoritarian regimes, her book did some good." 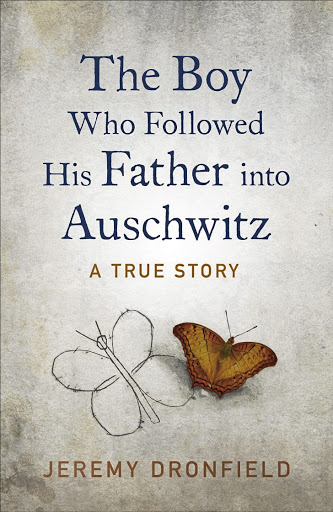 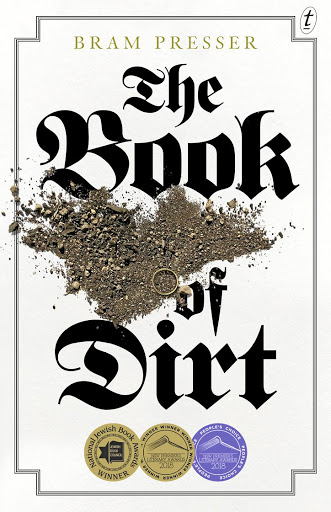 On the cusp of living memory, literature is part of the record of remembrance of what historian and documentary filmmaker Laurence Rees called "a crime of singular horror in the history of the human race". Nothing on a page can replace the lost generation of souls, but novelists are architects, not only carpenters, and words can be shaped to resonate, to contribute to healing, as well as to bear witness. Near the end of Annelies, Anne Frank ponders what purpose her life has as a survivor, favoured by God. "Her duty [is] to repair the world. How? By living. By putting words on paper."

I have a rejoinder dream a few nights after the first. A novelist returns to confront God, on behalf of all writers. It’s Littell, bearing a copy of his The Kindly Ones. "You cannot exist," he tells God. "You allowed Hell to happen here on Earth."

Watershed: the year that changed the course of World War 2

In 1941, Hitler made two fateful moves that cost him victory
Life
6 months ago

1.
Destructive farming is the issue — not whether ...
Life
2.
How Donald Trump is proving George Orwell wrong
Life / Books
3.
Wicked-cool Boston a melange of history, hipness ...
Life
4.
Why single out air travel in global warming ...
Life
5.
TONY HEARD: SA urgently needs a detoxing of its ...
Life

BOOK REVIEW: The tattooist of Auschwitz

BOOKS: Holistic view of the Holocaust

BOOK REVIEW: The tattooist of Auschwitz

BOOKS: Holistic view of the Holocaust

1.
Destructive farming is the issue — not whether ...
Life
2.
How Donald Trump is proving George Orwell wrong
Life / Books
3.
Wicked-cool Boston a melange of history, hipness ...
Life
4.
Why single out air travel in global warming ...
Life
5.
TONY HEARD: SA urgently needs a detoxing of its ...
Life

Brian Molefe could pay back less to Eskom pension fund

ANC lekgotla to focus on economic growth and investment