Often overlooked, even in a leopard skin 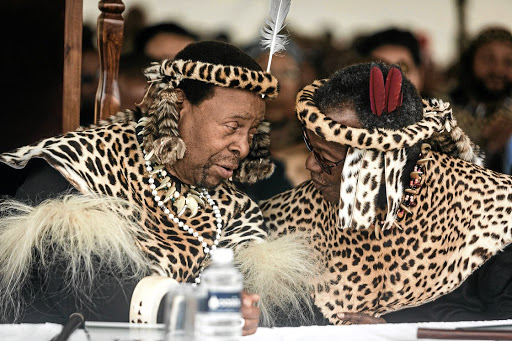 There is a fine moment at the beginning of an Al Jazeera interview with the late King Goodwill Zwelithini, who died of Covid-related complications last week.

Host Yehia Ghanem Ali kicks off by asking the king about his time in exile on St Helena. "Your majesty, let me take you back in history to 1968, and after you inherited the throne, you took refuge to that island of St Helena, that remote Atlantic island. Would you mind revealing the reasons why?"

"I don’t remember myself, finding myself on St Helena," the Zulu king replies with a faint smile. "It’s only my great-grandfather, King Dinuzulu, who was in exile for 10 years."

Being exiled to St Helena has, of course, become something of a badge of honour, thanks largely to the fact that the British empire’s reluctant guests on the island include the deposed French emperor Napoleon Bonaparte.

Despite the royal mix-up, interviewer and subject swerved around the faux pas, with the king going on to explain that his ancestor — who was sent to St Helena in 1890, not 1968, for getting involved in an anti-Brit rebellion — was "a great fighter". Indeed, the British regarded him as a big enough threat to warrant him being cast away on a volcanic plug of rock a long way from home.

It is interesting, though, how legends roll on down through history. Whatever King Zwelithini’s — at times — strained relationship with his cousin and former IFP leader Mangosuthu Buthelezi, or his revival of certain controversial cultural traditions, or allegations of meddling in political matters, his royal line will always be associated with the humiliating defeat visited upon a British army at Isandlwana on January 22 1879.

It’s difficult these days for the world’s other royal families to be noticed amid the drama that has swirled around the Buckingham Palace family for decades.

Very much a case of being little seen and only occasionally heard.

While some label him a ‘useful idiot in the hands of the apartheid government’, others say he was a custodian of Zulu culture
National
1 month ago
Next Article

King Goodwill Zwelithini in ICU in a Zululand hospital

King Goodwill Zwelithini in ICU in a Zululand hospital