It’s been suggested that SA may intervene militarily in the escalating insurgency in northern Mozambique. That’s not likely to happen any time soon, given the constraints facing SA’s forces 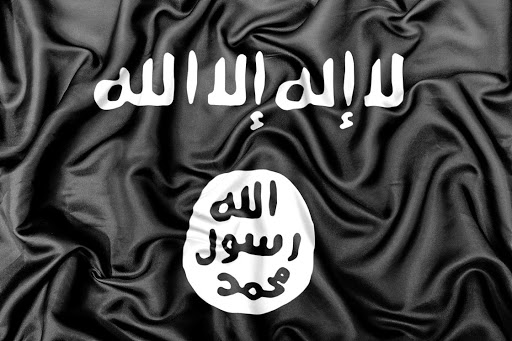 On July 29, the journal Africa Intelligence reported that SA’s Brig-Gen Xolani Mankayi had ordered the soldiers of 43 SA Brigade to begin intensive training for possible action in Cabo Delgado — if President Cyril Ramaphosa orders as much.

The brigade is the planning element of the rapid intervention component SA has pledged to Sadc’s standby force.

But don’t expect the soldiers to be packing their kitbags just yet. The last time the brigade intervened in another country under Sadc auspices was in September 1998. Then called 43 Mechanised Brigade, it ran the field headquarters of Operation Boleas to put down a mutiny in Lesotho — and that took three months to plan.

Also, the defence department’s annual performance plan for 2020 notes that, due to budget cuts, "the SA pledge to the Sadc was revised downwards to reflect current resource levels availability".

The defence budget for 2020/2021 is estimated at R52.4bn, and is expected to drop by more than R1.5bn in the following financial year.

Still, the performance plan notes that deployments in support of Sadc peacekeeping operations "will continue to be maintained as part of a ‘core conventional capability’ ... for deployment internally and externally in times of crises".

In addition, the document reaffirms SA’s commitment to the AU’s temporary rapid-intervention force, precursor to the African standby force.

One stumbling block in the military’s ability to deploy is insufficient air transport for Rooivalk attack helicopters, logistics and armoured vehicles, for rapid insertions.

This was glaringly obvious in the 2013 battle of Bangui in the Central African Republic (CAR), when delays in hiring civilian transport aircraft for reinforcing supplies — including Mamba armoured vehicles — cost the lives of 13 SA soldiers.

Air charter hire alone during the CAR deployment cost R108.8m — double the cost of the deployment.

The almost three-year insurgency in Cabo Delgado has already displaced about 100,000 people (some reports claim double that), and resulted in the deaths of at least 1,000.

Reportedly financed by the trade in illicit rubies, ivory, rubber, charcoal and timber, the insurgency sprang to prominence again in May, when rebels — apparently taking advantage of security forces being diverted to police Mozambique’s Covid-19 restrictions — briefly raised the black jihadist flag over the town of Macomia.

The rebellion has escalated significantly this year: insurgents are launching more than 20 attacks a month with growing sophistication and daring, suggesting foreign assistance.

IS-affiliated Ansar al-Sunna, which has pretensions to lead the broader insurgency, has received support from the Democratic Republic of Congo and Tanzania, Opperman notes, as well as propaganda support from Kenyan individuals.

According to the Tony Blair Institute for Global Change, Ansar al-Sunna leaders have ties to Somalia, Kenya, Uganda, the Congo, Tanzania, Sudan and Saudi Arabia. The group is also believed to have training camps in Tanzania and the Great Lakes region, with some recruits sent for religious and military training in Kenya and Somalia.

Opperman says Ansar al-Sunna "is not taking the lead in the insurgency". However, the Blair institute warns the group "has rapidly risen in prominence to potentially pose just as acute a threat as Boko Haram in the Lake Chad Basin … IS in the Greater Sahara … and al-Shabaab in Somalia".

Complicating the picture is that Maputo has hired private military companies to, for instance, strafe Ansar al-Sunna bases from the air. It’s creating a climate of fear that might drive civilian youths into the arms of the rebels. In response, some villagers have started forming self-defence militias, which have killed insurgents.

Because the conflict is rooted in local concerns — especially the collapse of fishing income in a neglected, "Cinderella" province — it puts SA in a tough position. While the country needs to participate in regional stabilisation, a straight military intervention is likely to make matters worse.

How Isis is regrouping in Mozambique

Islamic State is entrenching itself in Southern Africa, with an insurgency in northern Mozambique that has killed and displaced thousands of people
Features
1 year ago
Next Article