FROM THE ARCHIVES: Why amnesty for state capture won’t work 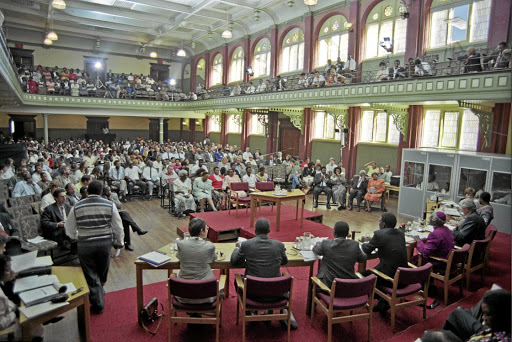 This is a republished article from 12 March 2020. We have made it free to read for our readers ahead of the FM's webinar 'Wanted: The State Capture Conspirators'.

In the home of Joburg-based corporate lawyer Robert Appelbaum hangs a portrait of the late Congolese kleptocrat Mobutu Sese Seko.

You can make out Mobutu’s trademark leopard skin fedora and his cravat — but his image, daubed in red, has been manipulated by artist Brett Murray to reveal only one eye, in dark-rimmed spectacles.

The piece is titled In the Land of the Blind… from the exhibition Again Again. The point is that history has a way of repeating itself. The Congolese people have yet to shake off effectively the brutal big-man politics that has haunted them, from Belgian kings to the latter-day Kabila clan. It’s a system that, while ever evolving, is intended to benefit the few at the expense of the many.

How does one break with such a past?

SA, too, is grappling with the scourge of state capture. The frustration of state inaction in dealing with elites — corporate and political — who are clearly implicated in economic crime has opened the door for worryingly simple, ill-advised solutions. In the face of state failure we, too, find ourselves in the land of the blind where the one-eyed man is king.

In the past week, Appelbaum and three fellow legal professionals have touted a quick fix to SA’s problem of state capture: amnesty for all who come clean and pay back "some" money, paving the way for a new dawn.

It’s appealing in its simplicity, but ultimately flawed in logic.

Before turning to the substance of the argument, it’s useful to focus on the surprise factor — Appelbaum and company were unknown in SA’s anticorruption debate prior to being given a seat at the Daily Maverick’s The Gathering conference in Cape Town last week.

A partner at Webber Wentzel — one of SA’s largest law firms — Appelbaum seems to have invested much of his legal work in promoting trade links between SA and India in particular.

He has effused on the pages of Business Day and the Economic Times of India about the governance style of Narendra Modi in Gujarat.

"I have met many Indian leaders, but the most direct and down-to-earth was chief minister Modi," Appelbaum has said. 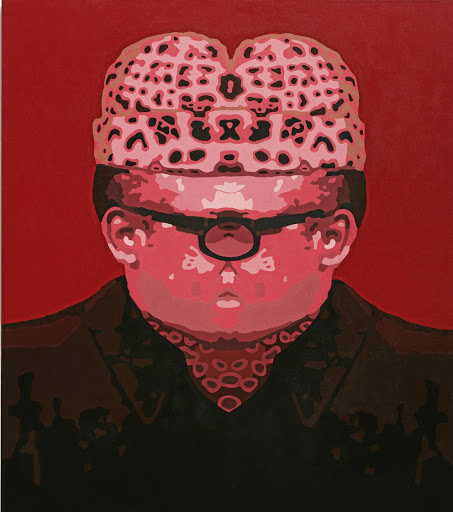 'In The Land Of The Blind ...….’ acrylic on canvas. Courtesy: Brett Murray

While Modi may have cut red tape during his tenure in Gujarat, thousands of people (mostly Muslim) were killed in massacres linked to his administration. As prime minister of India, Modi has upped the nationalist ante, concentrating power in his hands while threatening to turn Muslims into second-class citizens.

The judgment of anyone who describes Modi — who dabbles with fascism — as "down to earth" ought to be questioned.

A second critical point is that amnesties almost always favour the powerful and not the poor. They are designed to give a set of compromised elites a breather as they prepare to renegotiate their seat at the table of power. This is seldom about justice, it’s about accommodation between wealthy networks — which stretch from ground zero of the corporate state capture mile in Sandton to a sitting room in rural Nkandla.

Appelbaum is flying a kite intended to test public sentiment of this odious idea. But saying that this will help SA "move on" is patronising.

"Moving on" is hard for the hundreds of thousands of people who lost employment opportunities, school textbooks, medical care or police protection because of state capture.

Then again, if our approach to justice were victim-centred, perhaps the wheels of justice would have moved faster in arresting the corrupt, or seizing their assets.

The first example given is the Truth & Reconciliation Commission (TRC) amnesty for gross violations of human rights. This is a wholly inappropriate comparison, as the TRC was intended to quell the flames of a brutal civil war. Pointedly, it also did not deal with apartheid’s economic crimes.

The result is that as a democratic SA finally escaped the clutches of FW de Klerk and PW Botha’s crooked apartheid arms dealers, they were given a suffocating embrace by arms dealers close to Jacob Zuma and the Thabo Mbeki administration.

The corrupt arms deal of the 1990s poisoned our politics and set the scene for state capture. If we had vigorously prosecuted these criminals, we might have been living in a gentler, fairer SA.

The second example cited is the voluntary disclosure programme for wealthy South Africans who wanted to "normalise" their tax affairs by disclosing undeclared offshore profits and assets.

This programme, initiated by former finance minister Trevor Manuel in the 2000s, did bring in revenue for SA. However, the government never projected how much money was actually offshore. So, as a result, every cent recovered by the SA Revenue Service (Sars) felt like a victory, even if a far greater fortune escaped the fiscus.

Appelbaum and his colleagues then cite the example of Hong Kong in the 1970s as an example of how amnesty can arrest corruption.

While the perception of administrative corruption decreased in Hong Kong, the reality is that the island state has grown into a nodal point of the global money-laundering system.

For example, the 1,064 locomotives that were at the heart of the Passenger Rail Agency of SA’s multibillion-dollar state capture deals were allegedly paid for through front companies in Hong Kong and bank accounts at HSBC.

Other jurisdictions provide examples that are equally unhelpful to the amnesty argument. For example, corruption amnesties in Romania and Moldova have been unsuccessful — seen as mechanisms to protect the looters, not the citizens.

While the idea of an amnesty is particularly attractive in countries where the judicial system has been decimated by corruption, this isn’t one of SA’s problems. Our courts have been one of the few institutions to stand strong amid the carnage.

The reality is that we have the architecture and resources to tackle the Gupta networks — but we lack the imagination to do so. The painfully slow wheels of justice within the National Prosecuting Authority (NPA) are now legendary.

Why national director of public prosecutions Shamila Batohi is not far more energetic in addressing this is baffling. It’s a thankless task, no doubt, but tales of red tape for requisitions and of ineptitude at the NPA mean that the good, committed officials have a greater burden to carry.

So instead of an amnesty we must focus on delivering accountability as rapidly as possible. For a start, the Zondo commission of inquiry into state capture ought to issue an interim report with directives of who should be prosecuted.

This is vital, because the longer these institutions fail to tackle the crimes of the rich and well-connected, the more attractive populist solutions will become.

It’s not as if we don’t have the evidence: the Zondo commission, and the NPA, have terabytes of data.

Amnesty usually relies on "full disclosure" of evidence of wrongdoing. We are already a step ahead of that process: we have the evidence to move forward; what we need to do now is the hard work of building cases for prosecution.

Given the role of the private sector in facilitating this corruption, it’s inexplicable why the head offices of KPMG, McKinsey, HSBC, Nedbank and others haven’t been searched and their CEOs questioned.

Executives, like a slew of political grandees implicated in corruption, deserve real justice, rather than an opportunity to lick their lips at the prospect of amnesty.

Impunity, as we have seen with the failures to deal with apartheid crimes, simply breeds impunity. Again and again we repeat the behaviour of the past, even as the human casualties stack up.

If justice is to be achieved for the people who don’t have art collections, then the idea of an amnesty is a short-sighted solution that must be roundly rejected.

Why Zondo must summon banks, lawyers and consultants to answer for enabling state capture

Why Zondo must shift focus to the private sector if at least some of the billions stolen in state capture are to be recovered, and if transgressors ...
Features
2 years ago
Next Article