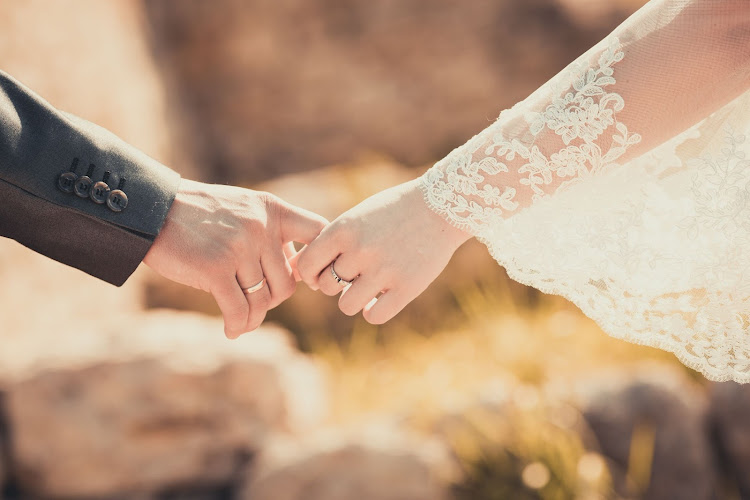 You’ll have seen it before, and cringed. It’s a couple of hours and plenty of Jägermeister in, and, as the beat drops, they appear — a motley group of sweat-drenched guys, collars up, ties around their heads,  ready to “break it down” to Mandoza’s Nkalakatha.

The lads unselfconsciously cascade their sick moves. By this, I actually mean sick: rhythm has clearly been something of a nemesis for most of them, which only becomes more evident as they persist in awkwardly mimicking Johnny Clegg with unwarranted confidence. Still, the crowd, enrapt in a circle, whoops shouts of encouragement. Just maybe the bride’s granny can be convinced to bust a move too.

Ah, the guileless majesty of White People Weddings. This, however, is exactly what forced its way to the top of my mind as I watched the video of Andriëtte Norman and dancers for the DA’s Time for Change Rally, which took place on Saturday.

To be fair, Idols runner-up Norman and most of the dancers did their best to seem enthusiastic, but as the camera panned around them performing to a medley (of course it was a medley) of Mango Groove’s Dance Some More, Kurt Darren’s version of Mafikizolo’s Ndihamba Nawe and Master KG’s Jerusalema, there was no escaping the profound limpness of the ordeal.

With the brutalist Artscape Theatre as a background, it resembled, as one friend remarked, something of a hellscape. The mood was inescapably “Fun Day Out with Glorious Comrades in Sunny Eastern Bloc”. It almost made you yearn for the spontaneity of the zombie flag wavers in John Steenhuisen’s recent video announcement for the virtual rally.

On the plus side, at least the performers nabbed a paying gig, and the musicians will get royalties. Still, were it not a pandemic, you’d wonder if Master KG would have so readily agreed to his song being used as a soundtrack for such a deeply uncool outing.

You might not know it, but the songs politicians use for their campaigns can often become a seriously contentious issue.

Tony Blair and new Labour are famous for using Things Can Only Get Better by D:ream for their victorious election campaign in 1997, and Bill Clinton used Fleetwood Mac’s Don’t Stop as the soundtrack to his presidential crusade in 1992 (the band even got back together to play at his inaugural  ball).

But what is often more of an issue is politicians using songs when the original artist would rather die a million deaths than let them do so.

As Vulture explained in the run-up to the 2020 election: “One of the most reliably recurring headlines of late has been about musicians voicing their disdain for Trump using their songs at political functions — a fact that spurred dozens of high-profile artists to sign a letter, demanding that politicians obtain ‘consent’ for using songs on the campaign trail to avoid legal risk and unnecessary public controversy.”

In Trump’s case, the list of those who’d protested against him using their music included Adele, Rihanna, REM, Pharrell Williams, Queen and Neil Young. As REM’s Michael Stipe told Trump in 2015: “Do not use our music or my voice for your moronic charade of a campaign.” (Oh well, everybody hurts, you might say, but it’s not the end of the world as we know it.)

Trump isn’t alone, though. When German Chancellor Angela Merkel used the Rolling Stones’ Angie at an election rally in 2005, Mick and the fellas didn’t like it one bit. At the time, The Guardian reported the Rolling Stones’ spokesperson as saying: “We are surprised that permission was not requested. If it had been, we would have said no.”

For the 2019 national elections, the DA, ANC and EFF all recorded albums to hype the crowds they visited.

City Press’s Phumlani Sithebe vetted them here, describing how if you’re a smooth fan of propaganda, you might be seduced by the EFF’s “cheap-sounding album”, or the ANC’s album which “winds to an end that couldn’t have arrived soon enough”.

Which suggests that it isn’t only the DA that can’t help but come across with all the implacable authenticity of a hip-hop event at a Seventh Day Adventist church, when it’s trying to flog a political message.

Not that being cool necessarily equals running a country adeptly; if anything, it probably means the opposite.

But still, branding is important. For a political party which is looking more than a little shaky, any communication which comes across as lethargic or unconvincing isn’t helpful.

It should aspire to get everyone on their feet — not die of embarrassment on its behalf.

Health-care workers have been turned away from sites that ran out of jabs as doctors’ families and people in administrative jobs ended up getting ...
Opinion
2 months ago

Despite what your gung-ho mates say, there is a real Covid risk to being in a sealed-off, airborne tube for an extended period
Opinion
3 months ago

SARAH BUITENDACH: Heavy petting — love your animals, and invest in them too

In a top-secret underground lair, the pets of the world have put aside their differences and gathered to congratulate themselves for coming up with ...
Opinion
2 months ago

In the UK at least, there seems to be some desire to actually tackle the issue — and perhaps make social media platforms somewhat accountable for ...
Opinion
2 months ago
Next Article