What Sexwale never offered, not even once during his extended diatribe, was proof 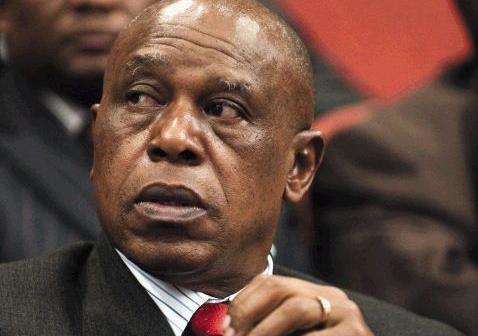 That, for me, is the only real takeout from a press conference that wouldn’t have been out of place outside Four Seasons Total Landscaping.

Tokyo Sexwale – former freedom fighter, political prisoner, death-row inmate, cabinet minister, provincial premier, kasi-dweller, bomb-maker, speaker of Russian, anonymous funder of students and business magnate  – would have us believe that he’s the mandated trustee for “all of the African continent and the Indian Ocean islands” (Everything the light touches, Simba) of the White Spiritual Boy Trust.

More than just a fabulous hashtag, the trust is apparently a trillion-dollar fund that is desperately looking to pump its cash into worthy causes in SA – think debt, education, housing, health care. But, the way Sexwale tells it, an obstinate government has not only stymied its attempts to share its largesse; it’s also refused to investigate the elaborate theft of an undisclosed amount from the account.

It’s not entirely clear whether Tokyo is accusing the government and the ANC of indifference, incompetence or covering up the grand theft. Given that the party has never met a bank account it didn’t like, my bet is that he’s assuming the latter.

Most egregious of all, however, is that the authorities and the ruling ANC ghosted the diligent Sexwale when he tried to raise the red flag: finance minister Tito Mboweni simply ignored his e-mails; Reserve Bank governor Lesetja Kganyago played ball for a while, then crickets. Ditto ANC treasurer-general Paul Mashatile.

And President Cyril Ramaphosa? Well, Cyril blue-ticked Sexwale on WhatsApp and never replied. The sheer audacity. You’d swear they thought they were dealing with a crazy person.

Unfortunately, Sexwale's live-streamed performance on Wednesday did nothing to dispel this view.

Over 2½ hours of our lives that we’ll never get back, he returned repeatedly to his wealth, business acumen and credentials, and he talked in circles about international banking practice.

Channelling Jacob Zuma, Sexwale also railed at a government and party that had turned its back on him and left him “high and dry”. And, with slides showing an apparent bank account number and e-mails he’d sent, he asserted the kind of larceny that would bankrupt Jeff Bezos. Because if it’s on PowerPoint it must be true.

What Sexwale never offered, not even once during his extended diatribe, was proof.

First, there was the fact that Sexwale’s co-trustee, the mysterious Mr Goodwin Webb, apparently pulled out of the press conference at the 11th hour due to a health concern (we were told he’s elderly and needed to see his doctor about a heart issue).

Then, there’s the mysterious owner of the money. We don’t know who he is, but he works through a Chinese proxy called Clark Leong Boey and the trust is based in Singapore. (You can read more about Clark Leong Boey from Daily Maverick’s Marianne Thamm here).

We should believe this all because Sexwale apparently got “the international organisations [he’s] associated with” to verify it. No documentation, mind — just his say so.

(Though, it has to be said, for someone who was so certain that everything checked out, he seemed awfully concerned to have the authorities verify his verification.)

Luckily, Sexwale also apparently knows the names of those who’ve siphoned the money off. And yet, he won’t tell us who they are – even though the situation could be “catastrophic for the reputation of the Reserve Bank and our democracy,” he said.

To give it all the tincture of truth, we were informed that Sexwale earns fees from the White Spiritual Boy Trust for being such a diligent trustee. Only, in the dying minutes of the press briefing, we discovered that he hasn’t actually been paid yet and that his fees will come in the form of an undisclosed “percentage”.

For all this to be believable, Sexwale needed to do just one thing: show that one dollar of the money actually exists. Show us proof of transfers; of verified emails. One shred of something meaningful, please.

Without that, all we have is the absurdity of trying to investigate something that may not even have existed in the first place (and, it has to be said, both the Reserve Bank and National Treasury are pretty vehement that it didn’t).

Then there’s his fallback position: the matter is “under investigation” by various law-enforcement agencies, so Sexwale is not in a position to make public all his information, lest he jeopardise the case.

On an extremely charitable view, Sexwale has been scammed (by an outfit that even QAnon has called into question, as Phillip de Wet writes for Business Insider). And on being described as the victim of a scam, he doubled down.

And yet, there was a sinister edge to the whole affair – with Ramaphosa right in the middle of it.

It’s pretty clear that Sexwale has a particular beef with Ramaphosa (the dreaded double blue tick apparently holds great power). But he went on to suggest that the looted funds of unknown quantum have returned to SA in the guise of Ramaphosa’s investment drive. Now that’s a party trick and a half.

According to Sexwale, the reason Jacob Zuma announced free tertiary education in late 2017 was because he’d been alerted to the existence of the miracle fund and its powers. The only reason he didn’t take the matter further was because he knew he was on his way out (“people were calling for his head, and they got it”) – and he said the trust should take the matter up with his successor.

Cyril the Ditherer apparently couldn’t get it together to pay for poor students’ futures from all this cash.

That the fund is supposed to be a miracle salve for all SA’s emotive touchpoints – health care, Covid, education, housing – gives the whole affair a populist appeal that is discomforting.

What is equally discomforting is Sexwale’s insistence that this isn’t about his own political ambitions – he’s the same age as Ramaphosa, and would be too old to run for office if Ramaphosa has a second term, apparently. Besides, the country needs a young leader – someone in their 30s. Did someone say Duduzane?

The only thing missing from this journey into absurdity was Sexwale removing his mask, Mission Impossible-style, to reveal himself as Carl Niehaus …

*De Villiers is the features editor of the FM

A bad week for Tokyo Sexwale

Were it not so alarming how naive Tokyo Sexwale is, it would be charming
News & Fox
3 months ago

If Sexwale was aiming for a political comeback, his anti-Ramaphosa rant once again showed a decidedly poor reading of the mood
Opinion
3 months ago
Next Article