If Tokyo Sexwale was aiming for a political comeback, his anti-Ramaphosa rant once again showed a decidedly poor reading of the mood 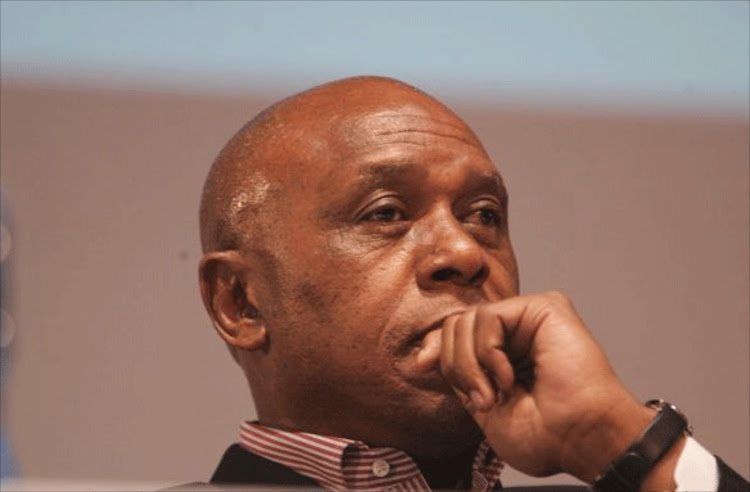 It is tempting to dwell on Tokyo Sexwale’s bizarre comments about a mythical heritage fund that will end SA’s financial woes. Such comedy makes spectacular column fodder.

Sexwale, bless him, should give up on the presidency. He has never won any election — for the ANC or even soccer body Fifa. And he’s prone to quitting before hitting the finish line.

Now we know he was also the victim of a scam concerning the “White Spiritual Boy Trust”.

That he was duped is clear. Rumour in political circles is that he may even have forked out money to the con artists behind what appears to have been an elaborate 419 scam. So why add insult to injury? His strange interview with eNCA raised more pertinent political questions.

For instance, who will challenge President Cyril Ramaphosa after the wholly inept radical economic transformation (RET) faction is neutralised with Ace Magashule’s departure?

What happens when Magashule goes? After all, it is only a matter of time before he does.

Then what? The state of play is fluid, but there are early signs that Ramaphosa is almost guaranteed a second term. Other candidates for the presidency include NEC member Lindiwe Sisulu, who will probably front the remnants of Magashule’s RET faction — and lose.

But assuming the RET faction is a marginal consideration, there is an interesting line-up in the wings, made up of leaders aligned to Ramaphosa and those who have no particular loyalty to his project.

It is interesting that thus far, there is little difference between the views of the two remaining groups — both have Ramaphosa leading the party for a second term, both are adamant about the renewal of the ANC — and one is determined to bring back the “old ANC”.

The first grouping — loyal to Ramaphosa, the “progressive forces” — sees a potential deputy president in public service & administration minister Senzo Mchunu. This group is clear that to maintain the olive branch extended to the KwaZulu-Natal ANC, the secretary-general position should go to someone from this province. Another likely option is to retain chair Gwede Mantashe in his post.

Another grouping, not necessarily aligned to Ramaphosa’s project, but not inherently opposed to keeping him as president, is bent on bringing back the “old ANC”. It sees treasurer Paul Mashatile as deputy president. The condition for Ramaphosa’s retention in this group is that he steps up and becomes a more decisive leader.

This second group also sees the rest of the current top leaders being replaced with young leaders from the various provinces — a “youth ticket” of sorts. It also sees the secretary-general post occupied by a leader from KwaZulu-Natal. This could be the province’s current chair Sihle Zikalala, or its secretary Mdumiseni Ntuli.

The rest of the top six posts should be taken up by leaders from various provinces, including Limpopo and Mpumalanga, where the tussle for control has intensified in recent weeks. It appears deputy president David Mabuza does not feature on the slates yet. It is unwise to discount him, as he keeps his cards close to his chest.

Leaders from at least two of the three clear ANC groupings were in KwaZulu-Natal over the weekend and Magashule’s was the one roundly rejected.

If Sexwale was aiming for a political comeback, his anti-Ramaphosa rant once again showed a decidedly poor reading of the mood and of the balance of forces in his own party.

*Marrian is deputy editor of FM

Sexwale told eNCA he was involved in raising billions with another unnamed trustee, some of which is now missing
National
6 months ago

Every step taken by the ANC’s NEC this week is setting a precedent and has to be applied across the board, even into the future
Opinion
6 months ago
Next Article