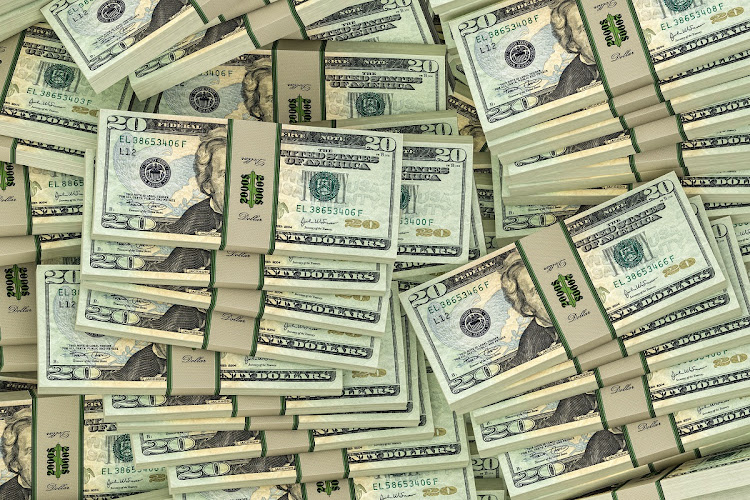 I have to confess: the bond market gives me cold sweats.

Even if my life depended on it, I’m not sure I’d be able to properly explain the relationship between bond prices and yields, never mind the intricacies of the bond market itself — a truly colossal money pit where an almost unbelievable $128.3-trillion is traded daily.

The bond market absolutely dwarfs the equity market. It’s so big and powerful that James Carville, a former aide to US President Bill Clinton, once wished he could be reincarnated as the bond market so he could “intimidate everybody”.

Back in 1994, Carville was referring to so-called bond market “vigilantes” — the traders who could bully “spendthrift countries into fiscal rectitude”, writes the Financial Times (FT) in this week’s Big Read. It’s well worth a read if you’re trying to get your head around the tremendous volatility experienced in the US treasury markets last week.

Now, why do the bond markets matter? Why should we care?

Well, mainly because they determine the cost of borrowing money — which is the lifeblood of every country’s financial system, SA’s included, given the debt that every nation issues.

What’s more, there is always a relationship between bond market prices, their yields, and normal equities.

Simplistically: equities (like the shares on the JSE) take their valuation from bond prices, while traders and investors measure a company’s earnings or dividend yield against the bond yield. The reason for this is that bonds, on the surface, are theoretically the least-risk investment you can make with an assured payoff — being their yield.

If you’re looking for an explainer of bonds — including what their relation is to equities, what has been happening of late, and why we should pay attention — economist and investment strategist Mohammed Nalla has written a fantastic post answering all of this.

What the bond market seems to be telling us is that higher inflation is on the way. And higher inflation will, if countries stop all their monetary stimulus and start hiking interest rates, spoil the (spectacular) party in equity markets that we have enjoyed since last year’s Covid-inspired sell-off, which is on the cusp of its anniversary.

Yet you could also argue that the bond sell-off is a positive indicator.

As the FT writes: “although the economic scars from the Covid-19 pandemic remain significant, the combination of ample financial stimulus and pent-up demand being unleashed by the rollout of vaccines means that analysts are rushing to ratchet up their growth forecasts for 2021. Many now expect the biggest economic boom in generations.”

It all adds up to a tricky time for central banks worldwide as they juggle easing monetary policy to help fragile economies through the pandemic and a potential surge in prices.

Lastly, spare a thought for the large corporations in the UK, who will now have to pay a 25% corporate tax rate (from 19% previously) after yesterday’s UK budget, delivered by chancellor of the exchequer Rishi Sunak.

The tax rises have been necessitated by the UK government’s massive Covid-crisis spending plan, which has now hit £344bn, or 16% of GDP.

The Guardian has all the details here.

In local terms, the cost of the UK plan would be equal to R8-trillion. Just imagine that. Consider, too, that notwithstanding a six percentage point hike in taxes, UK firms are still paying less in tax than companies in SA, whatever their size.

Still, while we would give our eye teeth for that level of support, or indeed, those sorts of tax levels, the pandemic is going to leave major scars on the UK. For one thing, writes Martin Wolf in the FT, there’s the public sector net borrowing, which will reach 16.9% this year — a level “never before seen in peacetime”.

But Wolf raises another question pertinent to SA: “After the massive response to the pandemic, the needed long-term vision for a country facing an uncertain future is absent. If the one big innovation is an unexpectedly large tax on corporations, what is the plan for economic growth?”

Back in SA, we’d love an answer too.

Why bonds are running wild

Bond yields are now so low that investors have to look elsewhere to earn a return, which is partly why equity and commodity markets have enjoyed ...
Money & Investing
1 month ago
Next Article