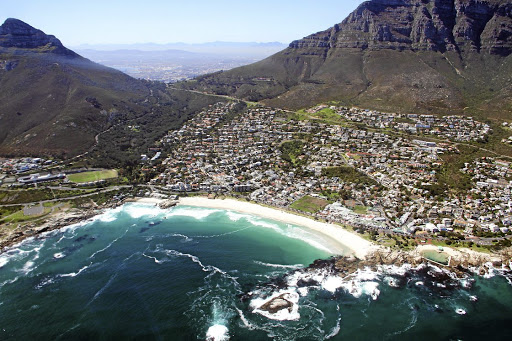 Airbnb, which was warmly welcomed to the global travel scene when it first introduced its tech-enabled home-sharing model a decade ago, is now facing a rather chilly reception from local authorities in many cities across the globe.

Criticism of the San Francisco-founded rental platform, which has more than 7-million listings in over 220 countries, was already mounting before the coronavirus hit in March. In particular, Airbnb was accused of driving up housing costs for locals and destroying the character of historical districts in popular tourist capitals.

But Covid-19 and the subsequent travel restrictions have raised fresh concern about Airbnb’s impact on housing markets in major cities.

According to this report in the New York Times, local authorities in a number of European cities are now using the pandemic as an opportunity to impose new laws to curb further growth of short-term apartment rentals in city centres.

The idea behind that, it seems, is to force landlords to place short-term rental properties back on the long-term market to increase housing stock levels for locals.

Amsterdam, apparently, has already banned vacation rentals in the heart of the old city. In Lisbon the local government is renting empty apartments from landlords and subletting them to lower-income residents as subsidised housing. In Barcelona authorities are looking at similar measures to alleviate the city’s housing shortage, while Berlin has warned of a crackdown on short-term leasing platforms “trying to evade regulation”. And Paris has gone as far as planning a referendum, hoping to limit the number of days a year that a property can be rented on Airbnb-type listings.

It’s not exactly promising for Airbnb, especially at a time when it is planning to sell its shares on the Nasdaq exchange in the US for the first time.

Last week Reuters reported that Airbnb was targeting a New York listing before the end of the year. It hopes to raise $3bn in this initial public offering, which would give it a value of more than $30bn and make it one of the world’s most valuable stock market entrants for 2020.

Meanwhile, in our own backyard, Airbnb has also been a cause — albeit unintentionally — of disruptions to the delicate balance of supply and demand in the rental market.

SA industry experts say the collapse of tourism due to the lockdown has led to thousands of empty Airbnb apartments being put back on the long-term rental market, which is placing huge pressure on rental growth and eroding buy-to-let returns.

The latest figures from PayProp show that rental growth across SA slowed to a slight 1.6% year on year in the second quarter — sharply down from 3.9% a year earlier. To put that in context, it’s the lowest quarterly growth rate in the rental index’s eight-year history.

Johette Smuts, who is head of data and analytics at PayProp, says that a widespread loss of income during the lockdown is one of the main reasons for the slump. But she believes that rentals have also been further suppressed by the return of Airbnb rentals to the long-term market.

TPN’s data shows that the national vacancy rate has jumped to a record high of 11.39% in the third quarter — up from the first quarter’s pre-Covid rate of 7.47%.

The biggest oversupply of rental properties is at the top end of the market: 14% of all properties for between R12,000 and R25,000 a month are standing empty. In the luxury rental market, for properties priced above R25,000 a month, vacancies are a whopping 23%.

Dickens says this dynamic is being fuelled by the fact that pricier short-term accommodation is now being put on the long-term letting market.

Estate agents say this trend is especially evident in Say’s tourist epicentre of Cape Town, which is believed to have close to 20,000 Airbnb listings.

Ross Levin, MD for Serf Atlantic Seaboard & City Bowl says the market has been “flooded” with Airbnb apartments, which has placed pressure on rental rates all round.

Levin says some Airbnb landlords are even having to store furniture to make their properties more attractive to long-term residential tenants. “Property owners will need to continue their compromise by offering lower rentals to fill units and mitigate losses,” he says.

This pressure on rentals in the Mother City is obviously bad news for buy-to-let investors, but there is a positive spin-off for tenants: it’s making the city a more affordable place to live.

This isn’t all about Covid though. According to the recent “State of Cape Town Central City Report 2019 – A Year in Review”, rentals in the CBD were already under pressure last year.

The report, which is published annually by the Cape Town Central City Improvement District (CCID), provides a deep dive into the economy of the Mother City’s central city.

But it also means would-be buyers are now getting even more bang for their buck: The number of apartments sold in Cape Town’s city centre tumbled from 373 in 2018 to 173 in 2019.

It meant average prices dropped by 14.3% over the year — from R2.1m to R1.8m. Last year was the first since the report launched in 2012 during which residential property prices in the city centre fell.

Contrast that with the four years leading up to 2018, when prices surged 90%, and you have a sense of how significant the shift really is.

He says the “new urbanism” trend is gaining traction, which is boosting demand for downtown living. Property developers have responded by reinventing many of the city’s tired and half-empty office buildings as vibrant live, work and play precincts.

For example, says Kane, there is the R373m redevelopment of the old Absa building into Foreshore Place, which will have 11 floors of residential units above 15 floors of commercial space as well as retail outlets on the ground floor. Kane says at least six similar mixed-use projects are being built in the CBD.

Though the pandemic falls beyond the ambit of the report, there is a section which includes some thought-provoking reflections on “surviving Covid-19” by a number of experts. These include Wesgro CEO Tim Harris, Economic Development Partnership CEO Andrew Boraine, tourism consultants HTI CEO Wayne Troughton, Investec economist Brian Kantor and Arthur Kamp, chief economist at Sanlam Investments.

For anyone looking for some direction of Cape Town’s property prices, it’s well worth a read.

*Muller is the FM’s property writer.

JOAN MULLER: Contradictions rife as government bans tourists from some countries, but not others

It’s not like we’ll suddenly have millions of travellers flocking to SA, so those willing and able to travel here should be encouraged
Opinion
5 months ago

According to a new report, drone-based parcel deliveries to your front door will soon be the norm
Opinion
6 months ago
Next Article