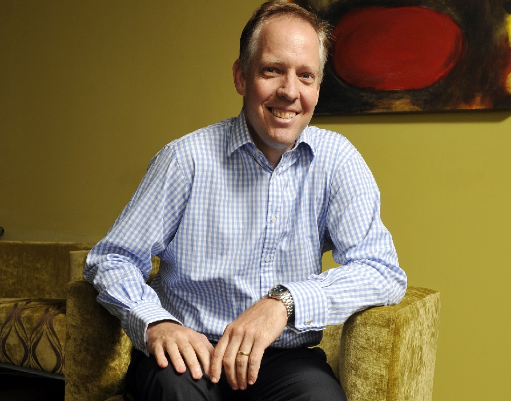 Old Mutual’s mojo has been Awol for several years now. And recent results, including a headline earnings plunge of 75% for the year ended December, were considerably worse than those of its now much larger rival Sanlam. The FM spoke to Old Mutual CEO Iain Williamson.

One of the factors behind your profit slide was a scramble to raise Covid-related provisions. Did your actuaries mess things up?

IW: Not at all. There’s a timing issue, to some extent. Some of the other insurers have financial year-ends in June, but ours is in December, and typically our practice is that we do fundamental reviews of our assumptions only at year-end. In June we put aside a short-term provision, and we were clear that it was short term, intended to provide for the balance of 2020’s mortality experience. We did underprovide slightly, but it wasn’t out by a lot. What we then did at the end of the year was a more fundamental review to provide fully for what we believe the balance of the impact will be over 2021. Most of the industry is similarly provided and we’re actually at the conservative end of the spectrum now. But having said that, the nature of this thing is such that you could still be wrong.

It’s surprising that the life insurance industry hasn’t been much more critical about the government’s fumbling of our vaccine rollout, given that you are the ones paying for it. Does it not behoove you to exert more pressure?

IW: Well, the approach we’ve adopted is that we actually need to try to help make it go faster.

Is your help wanted?

IW: What we’ve done as Asisa — the industry body — is to approach Business4SA and say: is there anything we can do? What exactly are the barriers to speeding up vaccine rollout?

We don’t have a funding problem, we really have a logistics problem and a pace of delivery problem in getting the doses landed. We’re not sure it’ll help to scream from the rooftops. As I understand, a good working relationship is being developed. People are doing what they can to prepare the environment for when doses land. Collectively we probably all panicked a bit too late.

In a comparison with Sanlam, Old Mutual just comes off badly. It seems you’ve been left behind. Why?

IW: I think our local businesses are very competitive, but there’s a bit of history here. If you go back to 2018, when we separated from our UK and US businesses, we effectively broke the Old Mutual operation into three. The part that is now Old Mutual started life smaller. If you rewind that decision further, in the prior 20 years, from 1999 on, Sanlam invested all its capital and resources in the African continent, whereas the Old Mutual business took a different route and invested a substantial portion in the US, the UK and other markets. So what we started with in 2018 is a business that had significantly less investment.

Having said that, I don’t think levels of investment in SA were particularly different. And we do have different business units that are in different positions of relative strength. Old Mutual was traditionally dominant in the lower part of the retail market, particularly the corporate market, where we have a more than 50% market share, and Sanlam has a relatively stronger business in the middle-and upper-income retail market.

Where do you want to be? And which is the weakest segment of the market now?

IW: In a period like now, when economic growth is under severe pressure, the lower end of the market tends to struggle more. In a period of expansion, the lower end tends to prosper, because you have whole swathes of that market moving up, and the whole business benefits from that migration. We do intend to invest across our entire retail business. We’re not resting on our laurels.

If you had to explain Old Mutual’s raison d’être to shareholders, how would you describe it? Especially if you consider the returns over the past two years — negative 36% versus Sanlam’s minus 9%?

IW: Purely on value right now, we are trading at a huge discount to any metric you care to look at. The level of discount is crazy. We’ve got a strong balance sheet and though we have one or two regulatory items to resolve in terms of capital rules, there’s a very good prospect that we can return capital to shareholders. We’ve got good growth prospects in our East African and West African businesses, as well as in our Chinese operations and the middle-and upper-income businesses in SA.

Our mass market business remains dominant, with a competitive moat. We’re actually bullish about the prospects that we have, despite 2020 having been a terrible year.

With Moyo’s final departure, new CEO Iain Williamson has changed from the battleground to five ‘pillars’
Opinion
4 months ago

WATCH: Why Old Mutual decided to pay a dividend payment

Old Mutual CEO Iain Williamson talks to Business Day TV about the company’s decision to pay a final dividend even as it warns of the risks of a third ...
Companies
4 months ago

Regrets, Old Mutual has a few

I did it my way, Peter Moyo might say, but holding onto a Nedbank stake is proving costly
Money & Investing
10 months ago
Next Article

JOHN DLUDLU: We deserve to know how people died and ...